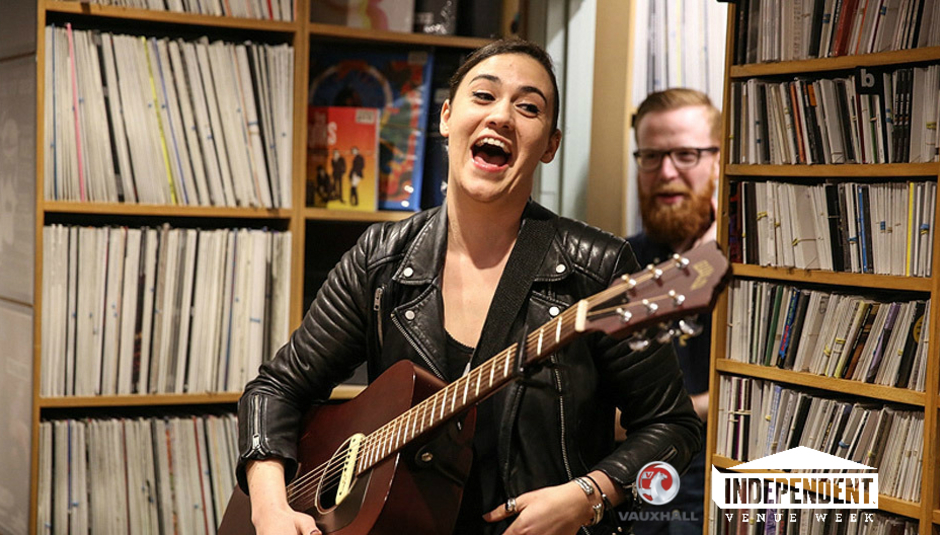 We've teamed up with Vauxhall's Vivaro on Tour campaign to curate a 30-song playlist guide to the 5th anniversary celebrations of Independent Venue Week.

What is Independent Venue Week?

Independent Venue Week is a 7-day celebration of small music venues around the UK and a nod to the people that own, run and work in them, week in, week out. This year is the 5th year it's taken place, and it happens from Mon 29th Jan – Sun 4th Feb 2018

These venues give artists their first experience of playing live in front of an audience and for fans, somewhere to get up close to artists that one day, may well be playing stadiums and festival main stages.

Supported using public funding by Arts Council England, Independent Venue Week brings together these venues along with breaking and established artists, promoters, labels, media, bloggers and tastemakers to create a nationwide series of gigs at the end of January.

These venues are the backbone of the live music scene in this country and Independent Venue Week wants to recognize all that they have done to create some of the most memorable nights of the past so they can continue to do the same in the future. For more info visit independentvenueweek.com.

There are over 190 venues taking part, so as you can imagine there 100s if not 1000s of acts playing, and looking at the listings for the entire country can be a bit overwhelming. However, there are loads of DiS' favourite acts playing including Ezra Furman, IDLES (performing live on 6 music from Liverpool), Honeyblood, Peter Broderick, Frank Turner, James Yorkston, King Creosote, Eugene Kelly (from The Vaselines), plus terrific new bands Sorry (who recently signed to Domino) and False Advertising, alongside this year's IVW ambassadors Adrian Utley from Portishead and the fantastic Nadine Shah (pictured above). Listen to 30 acts on our Spotify playlist or listen via Apple Music here.

Subscribe to our Spotify playlist or Apple Music playlist.

What is Vivaro on Tour?

From the Archive: Browse our 2017 Indpendent Venue Week mini-site.

The Fangasm: The Fall