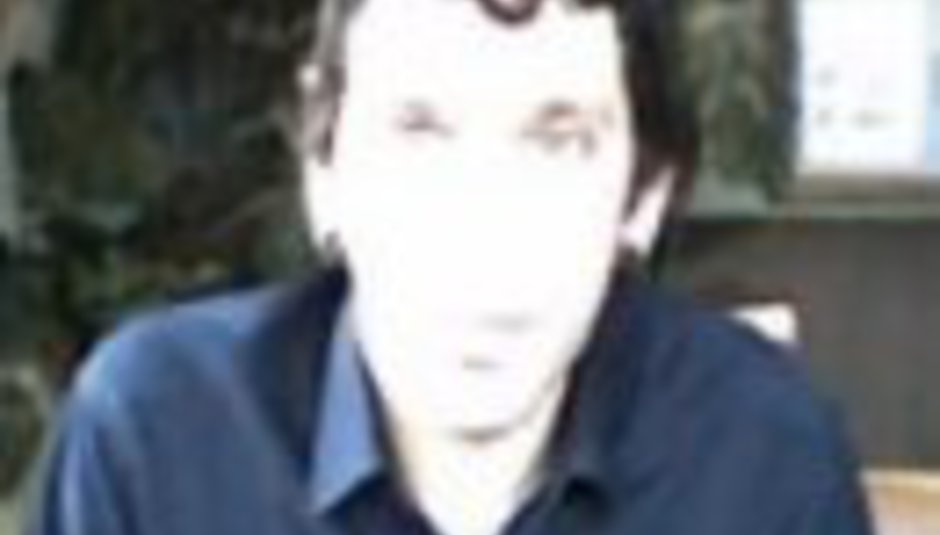 by Andy (quirk) Thomas April 11th, 2001
It’s been two years since Shed 7 last troubled the charts. Since then the whipping boys of indie guitar rock have changed lineup, changed labels, and recorded a new album. Speaking to me at the moderately sized Princes Hall in Aldershot Rick Witter seems confident but realistic of future success for the band, now ten years old since it’s formation.

Rick is frank about their reasons for leaving Polydor in 1999, “they (Polydor) demanded we do a greatest hits album, which we didn’t think was a good idea but went along with ‘cos we needed to pay the bills. But then they wanted to re-release ‘Going For Gold’, which we thought was really taking the piss out of all our fans who’d buy it again. We said no. Our contract was finished and they offered to resign us, but for a lot less money. It was nice because it meant that we weren’t dropped and instead could just say goobye. It was a big gamble but it made sense to go with a new label who’d believe in us more”. So is it better on new label, Artful? “It’s early days but we’re happy so far, we’ve had control over everything we’ve done, from the artwork, to the songs on the album, to the singles we’re going to release. On a major if you don’t do well then they’ve always got Boyzone, on an indie they believe in you a lot more because they’ve put their own money into you”. The eclectic mix of acts on the label, including Clint Boon Experience and The Fall, appeals to Rick, but he jokes, “although I like their music I don’t think I’d want to meet Mark E Smith!”

Shed 7 have never been a “cool” band. For one reason or another they’ve always been on the receiving end of criticism from the music press. After being one of the first guitar bands to break the taboo of appearing on kid’s TV shows, such as The Ozone, their image went from bad to worse. Rick is particularly critical of the reviews they received from IPC towers, “we were always the guinea pigs, although we got criticised for being on kids shows other bands like Supergrass and Pulp followed soon after us and it was considered okay. The way some people used to write reviews though, where they wouldn’t even mention the music, really riled me. I remember one for “On Standby” where it just went on about our haircuts and how I ‘stank of piss’ It always happens to someone, and it always seems to be us, but it doesn’t stop us!”

So are Shed 7 a proper ‘indie’ band now they’re on a small label? In terms of working hard and proving themselves Rick agrees, although he doesn’t see Shed 7 as indie by genre, “we always write good pop/rock songs, and the more people who hear us the better. I listen to Stevie Wonder and Rage Against The Machine so what kind of ‘fan’ does that make me? If we’re uncool for appealing to different people then so be it”. So what about Popstar’s product, Hearsay? “It was good television, if only to see how many talentless people are out there! But the end band was a bit sad, it’s just another step further for the manufactured band. I can see why Take That or the Spice Girls were necessary, but then all these other bands came along with the same formula. I’m not a big fan of this American hardcore rap/rock either. I don’t get Limp Bizkit. I can see the point of Eminem, who I think is part of that scene, but then there’s all these others like Linkin Park. MTV is full of it, scary bassist, grrr!”

If there’s one way people have been hearing Shed 7 for the past few years it’s through television programmes and adverts. Recently, Teachers has been using “She Left Me On Friday”, whilst The Link are still using the bastardised version of “Speakeasy” (“at The Link it’s easy…”) to sell mobile phones. “Artistically the ad for The Link was a mistake, but at the time we needed the money, we won’t be doing something like that again. Being used in TV programmes is part and parcel of the whole deal though. My opinion on things like this changes day to day, today I’m not very big on it”.

As is topical to ask every band at the moment, what about the internet and Napster? “It (the ‘net) is an important new medium, but I’m not very clued up on it. My mates are on it all the time though and it’s a big part of their lives. I have a couple of young kids and in five years time they’ll be at school with kids who are well up on it. For that reason alone I want to learn about it so they can keep up.” And Napster? “I don’t know much about it but it appals me that you can download entire back catalogues. Discovering an artist and going out and tracking down their earlier music is all part of music culture, Napster is robbing people of that. Also of course they get it all free, which is robbing someone of their life’s work. Things like that could ruin music”.

We conclude by talking about future plans for the band. The album is out in May with another tour to support it if it goes well. If not then Rick is sure they’ll go back to the studio and try again. Their strong fanbase should see them do quite well regardless of media support, although they are still out on promotional work for the new single with appearances on both Live & Kicking and CD:UK. the single, “Cry For Help”, is out on the 23rd April.