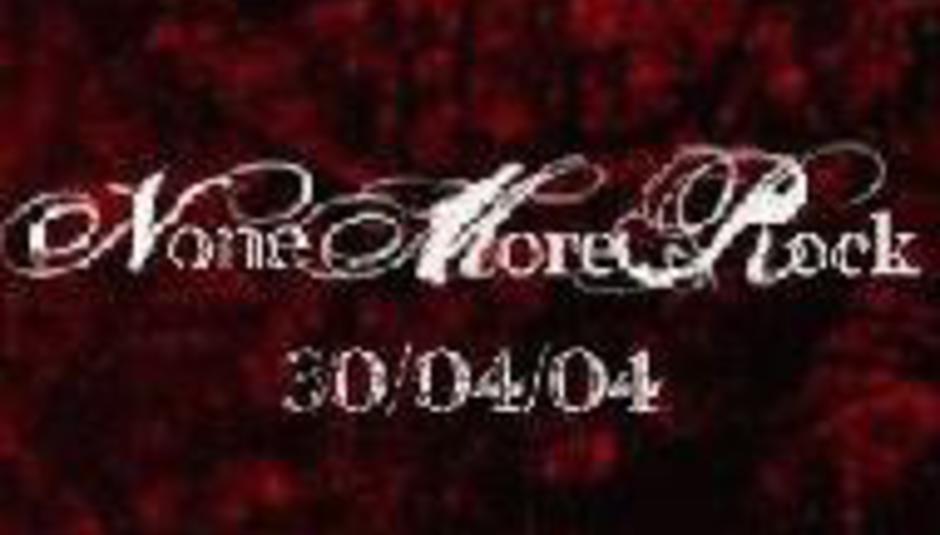 by Mat Hocking April 23rd, 2004
Yes, the hardcore rock ‘n’ roll extravaganza that is club None More Rock is back once more, as if last month’s show wasn’t enough. In a night that saw yours truly being wrestled to the ground and danced on in a bloody, booze-sodden standoff with the wiry, enigmatic vocalist of The Birds of Paradise before aurally dyslexic grind lepers Trencher blew our heads clean off with their super-charged Casio-commandeered thrash attacks, we knew we were onto something special.

So now, with the full endorsement from those hard rockin’ folks at Jagermeister, and in association with De-Milo Music club NONE MORE ROCK is back with a vengeance dishing out a little more of what made last month such a delectable dance-friendly rock-fest.

Tonight - yes, TONIGHT - we bring you:

EMOTIVE EXPOSED
Brutal math-core eclecticism; like Every Time I Die writhing in the battered remains of Drowningman. When DiS caught these Blaack Cooontroy upstarts at a recent hardcore all-dayer in Lancaster they were on full explosive form, frontman James squirming round the stage eyes ablaze, grappling with the mic like a man possessed, and resulting in said mic making a rapid and rather painful introduction with his jaw - not only knocking several shades of shite out of him but also making a colourful impression on his previously Daz-white shirt. Their debut EP 'A Period of This' is out now on Big Scary Monsters.

BUMSNOGGER
With a name like Bumsnogger you’re not likely to forget them in a hurry. But having exhibited some of the sleaziest, grimiest most downtrodden stoner-sludge grooves ever to emanate from the nations toilet-circuit grief-holes it seems as if the music’s already doing that for them. On CD these Nottingham noiseniks are nothing short of ferocious but it’s the stage where they are in their element, stripping down the Iron Monkey mantle to a rib-rattling rock ’n’ roll soul-wretch of jarring distortion and melody throttling grooves. Their debut EP '…And Destroy All That Come Before Us' is out now on Ape Of Thoth Records.

WE WILL BE PILOTS
They've been idly compared to ‘Captain’-era Idlewild by some, and feisty turbo-charged Sonic Youth protégés by others. But one things for sure - these youthful London chancers will rock your woolly little socks off with their passionately scraggly melodies and angst-ridden noise-pop rock. Definately not to be missed!

And don’t forget there’ll be DJs spinning all kinds of progressive hardcore and eclectic DiS-flavoured beats until 2am. Marvellous.

So for those at the back:

Where? Upstairs At The Garage, Highbury in North London
When? 30th April 2004 and every last Friday of the Month
How much? Just £5
What time? 8:30-2am
Where exactly? Holloway Road, turning left out of Highbury & Islington Tube
Drink to buy Mat: Pint of Stella will do nicely
Anything else? Over 18s only I'm afraid. That Jagermeister's lethal stuff! Hopefully we'll have all kinds of Jager-related goodies to throw at you too. Last time we got a large inflatable Jagermeister bottle so who knows what we’ll have this time!