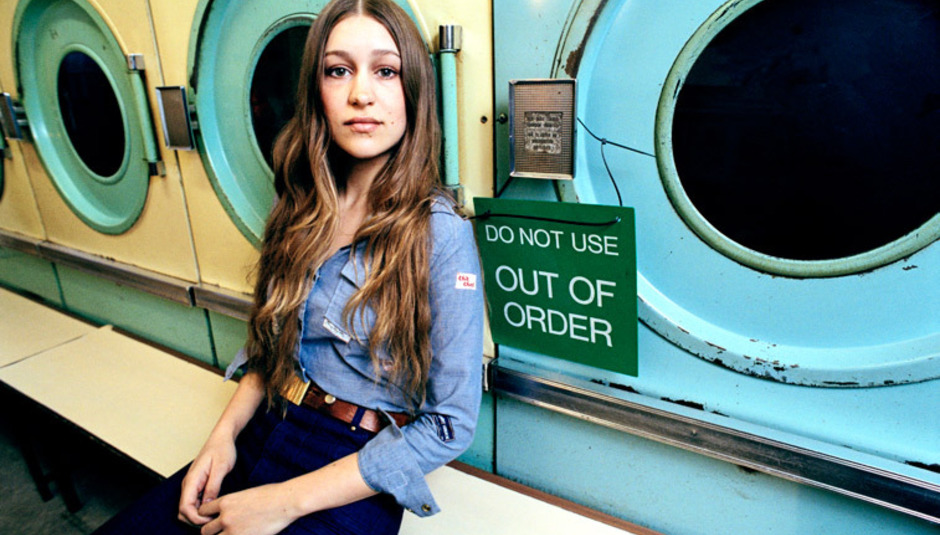 The results are in, and all arguments in the DiS office have died down – we can’t alter our final top ten albums of 2006, anyway, as they were very kindly voted for by you lot. Reckon you can guess the winner? Is that photograph a clue?

And it features a fair few surprises. Well, two predominantly. And they’re both in the top five. Who’d have thunked?

Without further ado, then… Is Blood Mountain the metal album of 2006? Certainly according to DiS’s writers and readers it is; nothing else in our reader-voted top ten can match it for ferocity. The Atlanta quartet’s third long-player, the follow-up to their 2004 epic Leviathan, is a stunningly executed masterpiece of intelligence and bombast, of savage riffs and fantasy lyricism. Really, just look at the cover. Amazing. It nearly even made the UK top 40. Succinctly: it rocks, hard. Whatever People Say I Am, That’s What I’m Not

Released way back at the beginning of the year though it was, it seems that Sheffield’s current favourite sons’ debut is yet to fade from the public consciousness. 2006’s Mercury winner is also one of the year’s biggest-selling releases, shifting over a million copies. What their future holds, nobody can predict, but in 2006 no British band mixed critical acclaim with commercial success as well as Arctic Monkeys. Few bands split opinions in the DiS office as dramatically as Guillemots in 2006; that said, though, given time this collection of songs both soft and scintillating slowly won many an initial sceptic over. Come December, the London quartet was playing DiS’s Christmas party at King’s College, and this debut has sold steadily since its July release. Like Arctic Monkeys, Guillemots were nominated for the year’s Mercury Music Prize. Swedish siblings with androgynous robotic voices and beats enough to have the most reserved of fellows bumping and grinding, while also packing plenty of intelligence into their dizzying compositions, The Knife’s 2006 was nothing short of amazing. With their profile raised by a certain cover version, the duo went on to win the hearts and minds of all that angled ears their way. Silent Shout is pure sonic sunshine and a perfect pick-me-up on bitter wintry days. 2006 was the year that Devon trio Muse finally became the stadium-filling band they’d always threatened to be – selling out Wembley is no mean feat, and they managed it in just a few hours. Black Holes And Revelations is, probably, the most ambitious album to have claimed the number one spot on the British album chart in 2006; it, too, was Mercury nominated. Think Queen, think Pink Floyd, think glam-rock, think sci-fi kung-fu westerns… Pitchfork hated it. What’s that? This came out in 2005? Don’t start: this vote is based on UK release dates, only, and this self-titled affair from the biggest band on the Canadian indie scene – and yes, we do mean that physically – arrived on these shores, officially, in January. Like Arctic Monkeys’ album of the same month, it’s clear that the passing of eleven months hasn’t dulled this long-player’s appeal one bit. And so it shouldn’t: Broken Social Scene is fantastically grandiose. (In At The Deep End; review)

They’re young, far from dumb, and they’re punk-rocking their way out of Watford like machete-wielding jungle explorers on a cheap speed rush: Gallows have exploded onto the UK punk/hardcore scene in 2006, and Orchestra Of Wolves is their jaw-droppingly tempestous debut. The five-piece aren’t all about mean riffs, though: this album is shot through with a wicked sense of humour. While they’re not as heavy as Mastodon, these Wolves have far sharper and bloodier teeth. TV On The Radio

Distinctly lacking an orchestra of wolves though it is, TV On The Radio’s third long-player features one of the singles of the year in the shape of ‘Wolf Like Me’. That said song is just one of many highlights on this collection is a testament to its amazing levels of quality and consistency. The New York quintet welcomed David Bowie to their fold for ‘Province’, and close this stunning opus with the epic ‘Wash The Day Away’. This is an album designed to leave the listener breathless.

Absolutely unknown to DiS prior to the start of 2006, Chicago trio volcano! blew a certain pair of ears wide open with this debut. One ten-outta-ten review later and we’re here: Beautiful Seizure at two on a reader-voted top ten of 2006. No, it hasn’t sold as many copies as anything else on this list, but it seems that those who did invest hold it in a ridiculously high regard. For the uninitiated, think danceable indie-pop music at its most messy. Amazingly odd stuff. Despite rave reviews across the board and roughly seven thumbs up from everyone that heard it, Nevada native Joanna Newsom’s second album Ys_ was almost beaten to the post by the above conjurers of confusion. _But, it wasn’t, so we’re pleased to crown _Ys_ the DiS album of 2006, as voted for by the DiS readership. If you’re yet to form even a rough idea of its sound in your mind’s ear, click to that review; then collect your Christmas record tokens and make the necessary exchange. You really will be amazed.

Don't agree? Didn't vote? Tough bloody luck! You snooze, you lose. Where the other fifteen ranked doesn't really matter, but we can tell you that Panic! At The Disco finished last of our shortlisted twenty-five. Sorry, emo-pop pretty boys. Perhaps next year Fall Out Boy will receive more votes? Or maybe the men of the DiS office will grow udders and force feed Feeder frontman Grant Nicholas our chocolate milk...?

And maybe, finally, you might wish to compare the above with the top-selling ten of the year in the UK? Yes? Okay...

6 Jack Johnson In Between Dreams

3 The Kooks Inside In/Inside Out