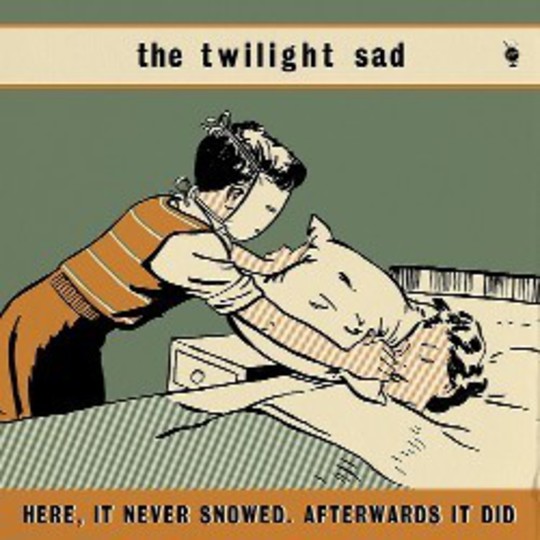 It’s very rare I can say anything without questioning or holding reserve, but here is an exception I can offer with complete confidence: Fourteen Summers and Fifteen Winters was the album of 2007. I have to add 'personally', of course, if only to build descriptives and structure tangents, never mind the possibility of any type of readership or editorial backlash. But whatever, for me it’s gospel.

Over the past year and a half it has lived with me. Through love, both found and lost. Through the death of family, friends and hopes; and of course the birth of new ones. Through everything. Not merely a personal album of the year, but an album that has soundtracked and defined it.

That is the power of the Glasgow four-piece’s first full-length offering; it is so dense that when the myriad layers of sound effloresce from their cocoon they conquer your brain, like the brightest ember of love or a tumour. But what if it hadn't? What if I had dismissed the Scottish squall after the passing of one spin? In this age of instant gratification it can be a lot to expect an audience to work for something, to fully immerse themselves in a record to get the most out of it, as is so necessary with The Twilight Sad’s debut album. So here is the premise: no repeated spins, no allusions to suicides or loneliness, nor hearts bursting full of love. One listen.

Okay, so with the six-track Here It Never Snowed... EP The Twilight Sad have made things a little easier: four songs are reworkings of tracks found on Fourteen Summers..., and the other two are stripped-down pieces that have been recent additions to their live set. ‘And She Would Darken The Memory Of Youth’ opens affairs and sets the tone for the set, all wisps of strings and percussion hiding almost shyly behind James Graham's vocals, almost at odds to the cavernous guitar squall that cloistered the album version.

This remains throughout the EP; each song is allowed room to breathe, to glide along. 'Here It Never Snowed' retains the same nervous atmosphere as the band’s earlier releases, but here it is a vast expense of un-pockmarked tundra that cloisters you. Military drums and guitars wrapped magically in reverb guide the way, but there is no roadmap, no A-to-B route from quiet-to-loud or verse-to-chorus. The Twilight Sad are no longer staring at the abyss; they are the abyss.

Whilst missing the halcyonic high points of their debut LP, The Twilight Sad have created a piece of work that is just as consistent, and just as brave. Where once there was sonic chaos now there is majestic restraint, yet there is no loss of atmosphere or intensity. Truly spellbinding.