Jim Jones and The Righteous Mind 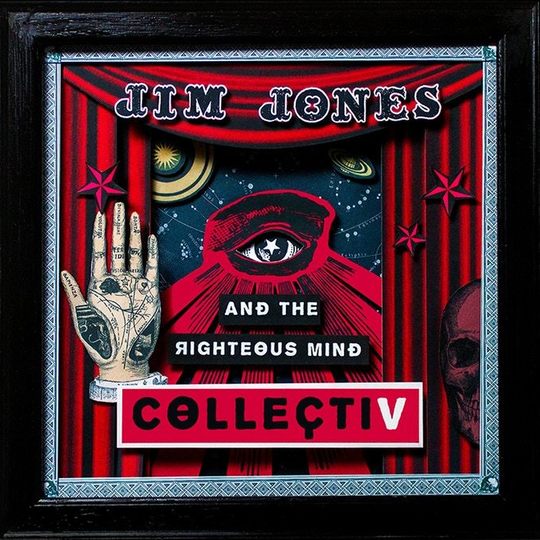 Newcomers to the scene might not be aware there was a garage rock revival of sorts 30 years ago, and at the forefront were a band from High Wycombe known as Thee Hypnotics. Regulars on the indie and alternative circuit back in the day, despite being influenced by a scene predating their arrival by two decades. The band's raucous live shows and somewhat experimental (for the era) methods of production rendered them ahead of their time. It's probably no surprise their impact and influence was felt more Stateside and after disbanding just before the turn of the millennium, frontman Jim Jones went onto become something of an iconic figure in garage punk and psychedelic rock circles.

While Jones' two previous outfits (Black Moses & The Jim Jones Revue) after Thee Hypnotics continued his quest for creating dissonant rock and roll at its most primitive, his most recent guise fronting The Righteous Mind delivers on every level. Formed five years ago from the ashes of The Jim Jones Revue, 2017's debut Super Natural announced their arrival in all its bombastic glory. Following on from the Revue's final release, 2012's The Savage Heart, it suggested Jones and his current band of players had broadened their horizons somewhat.

So it shouldn't come as too much of a surprise that CollectiV - named as such in tribute to the five people behind its creation - represents arguably the most authentically primal and down to earth rock and roll record you're likely to hear all year. As well as Jones and The Righteous Mind, there's an impressive guest list of cameos including occasional Primal Scream guitarist Little Barrie Cadogan, London based soul singer Sister Cookie and Slovenian opera vocalist Vesna Petrasin whilst reuniting with fellow Thee Hypnotics guitarist Ray Hanson and drummer Phil Smith on 'Attack Of The Killer Brainz'.

Throw Keith Richards' 1964 Gibson Hummingbird into the mix - his guitar was acquired by Jones via The Dirty Strangers' Alan Clayton prior to recording CollectiV - and you've an instant recipe for success. With such a wide range of influences and ideas brought to the table, CollectiV, acts as a voyage of discovery rather than another rock and roll history lesson.

Opener and recent single 'Sex Robot' sounds like the aftermath of a mid-afternoon bonding session between T Rex and the MC5, which acts as a perfect launchpad for the nine pieces that follow. Jones in fine voice throughout, his vocal range veering from demonic primal scream to delirious circus ringmaster between verses. It sets the scene succinctly for 'Satan's Got His Heart Set On You', a big, gospel music influenced boogie impeccably orchestrated Matt Millership's skilled piano tinkling backed by an aurora of voices in the foreground offering their two pennies worth on every chorus.

Better still is 'O Genie', perhaps the closest Jones comes to his earliest compositions with Thee Hypnotics. Sonically ambivalent yet delightfully discordant, it serves as a timely reminder of its creators' willingness to appropriate the best bits of the past while sounding as if they've landed unwittingly from another world. The fast paced 'Attack of the Killer Brainz' could be 'Jumping Jack Flash' reimagined by Zodiac Mindwarp and the Love Reaction, which isn't actually as ridiculous as it sounds, while the sinister 'Dark Secrets' doffs its cap towards John Leyton's 'Johnny Remember Me' before tossing a post-Brexit riposte ("Small towns with small minds) into the mix for good measure.

'Meth Church' could be the finest soundtrack to a spaghetti western known to man, while 'Out Align' is like Spiritualized wrestling with the MC5 (them again) for aural supremacy. Where of course, Jim Jones and the Righteous Mind come out on top. While their cover of Wilson Pickett's 'I Found A Love' serves its purpose as a testimonial to one of the greatest soul singers to have graced this mortal coil, the closing gambit that's 'Going There Anyway' and 'Shazam' further accentuates this record's eclectic nature. The former by way of its laid back, countrified charm whereas the latter's grand piano led finale sees Jones proclaim "I know the ropes like the back of my hand."

On this showing, who are we to argue. Put simply, CollectiV is a masterclass in supremely executed rock and roll.