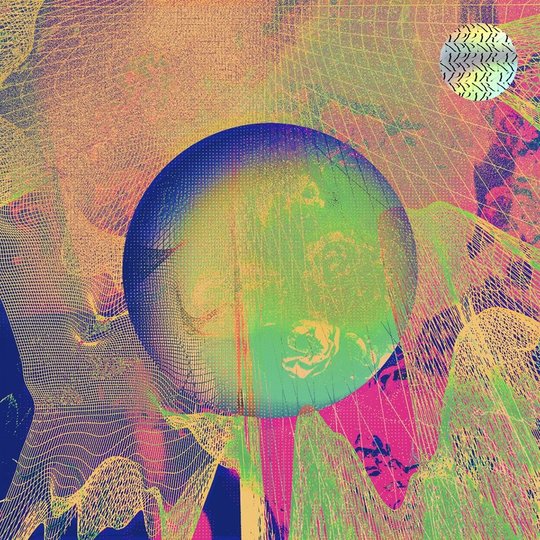 In more recent times, Sascha Ring has perhaps been better known as one third of Moderat - the amalgamation of his electronica Apparat project and the acid house duo Modeselektor. The trio took their intelligent blend of house beats and pop melodies out of the techno clubs of Berlin and into the world beyond, whipping up a storm of loyal followers taken in by their progressive brand of dance music and famed live performances. In truth though, Ring’s solo work as Apparat has carried its own fair share of clout over the 20 years he’s been making music. He returns alone here with his fifth solo album, and while certainly following in the tradition of Moderat’s no-fluff, no-nonsense approach to naming things - their discography consisted of Moderat, I & II - more importantly the aptly titled LP5 brings with it the myriad influences he’s adopted throughout a stellar career.

Having started out well and truly married to the dancefloors of Berlin with beat-driven techno, Apparat has mellowed over the years as Ring has become ‘more interested in designing sounds than beats’. That shift is clear through LP5, but it’s a duality that he also proves doesn’t need to exist. Beats can easily by elevated by the sounds that accompany it, the reverse being equally true. It’s a union discovered by rare artists the likes of Radiohead and Aphex Twin and more recently Bon Iver - the driving rhythms of dance music finding its place among ambient and rock-oriented soundscapes. All those names have their fingerprints over the music here, as Ring packs equal punch in the absence of his beats as in the momentum of their presence. There are three truly stand-out moments of note in what is an excellent album, and all in the burst of thrilling drum lines crystallising out of a haze of disjointed effects and sounds.

The first comes in the outstanding single ‘DAWAN’. The gorgeous track is a perfect synthesis of his two obsessions as haunting synthesised soundscapes evolve over a distant dance beat, drifting vocals floating in and out. It’s beautiful, but nothing particularly special until a brief lull is broken by a driving drumline that bears more than a passing resemblance to ‘Weird Fishes’ of In Rainbows-era Radiohead, the Yorke quality of Ring’s falsetto melodies doing little to quell the comparisons. Far from criticism, Ring draws on his influences in equally liberal and lovely ways. A similar trick is pulled on ‘HEROIST’, the drawn out restlessness of its opening melody surging into a snare driven organic drum pattern that feels pulled from a Devendorf sample, while the staccato strings and languid guitar line of ‘CARONTE’ are given the kick-fuelled urgency of James Blake when the beat drops. Elsewhere, the auto-tuned vocals of ‘LAMINAR FLOW’ and ‘BRANDENBURG’ owe much to Justin Vernon’s work in that regard as Ring uses organic instrumentation to superb effect in the electronic environment he builds.

Ultimately, as many influential names can be bandied about as we like, but they are so great and varied that Apparat and LP5 remain a unique entity to itself. The approach feels collegiate more than copied, a celebration of how this music has evolved. Far more than an electronic or dance album, it’s a record of melody and texture with songs that edge into soul and dream-pop and countless areas of the rock traditions. Snippets of longing lyricism float throughout it as it dwells in hazy dreamscapes and cosmic expanse. Elegantly constructed and intelligently written, it utilises existing ideas to explore new areas of what we’d entitle IDM as Ring draws on his experience and revels in the freedom of independent design once again. It’s not a game-changer of an album, but the game is certainly changing and Apparat is playing for the right team.