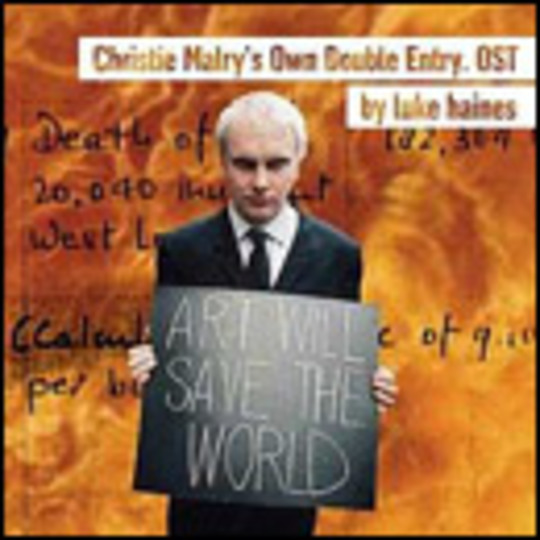 When most established artists try their hands at soundtracking films, their attempts usually amount to instrumental reworkings of old tracks which not even the most devout fan would bother listening to (see Tindersticks' Nenette et Boni) or just instrumental new tracks which nobody in their right mind would bother listening to (Damon Albarn-give up now). As the few who have embraced him will testify, though, Luke Haines (of Auteurs and Black-Box Recorder ‘fame’) is not like most established artists. To put it bluntly, Luke Haines is a British genius. And if that sounds awkward to you, you should try it from his point of view.

Needless to say, Haines has one or two grievances, and he’s never been afraid to use his music to give them expression. His latest work shows that, despite pop flirtations, he’s lost none of his skill for doing so. In the sleevenotes, for example, he declares the Great British Public "a nation of Blue Peter presenters". If a soundtrack, albeit one to a film destined for little more than cult status, represents his move into the mainstream, this is very much an album aimed at such people rather than for them.

Don’t be put off though, for the album contains some of his best and most accessible material. Even the instrumentals and reworkings of old tracks are worth listening to. Furthermore, his interpretation of ‘In The Bleak Midwinter’, complete with ‘art will save the world’ manifesto, could be Christmas number one had he not released it in the middle of Summer, and there’s even a Nick Lowe cover and nods to the likes of Kim Wilde. It’s Haines’ own subtle but almost ceaseless outpouring of vitriol that makes him so special, however, so when he’s at his most vicious, he’s also at his best. Tracks like ‘How to hate the Working Classes’, with its immortal couplet “Dressed like that you’re going to get roughed up / You’re like a benefit scrounger in a fun-pub”, or ‘England, Scotland and Wales’: “Winston Churchill said there’s a war on in England, Scotland and Wales / I’m at war with every last one of them in England, Scotland and Wales”. “I will seal my reputation in England, Scotland and Wales”, he goes on. If this is not the album with which he does it, all of his misgivings about Britain will be justified: Never in the field of human conflict has so much been owed by so many to so few.