Wished and then Kissed 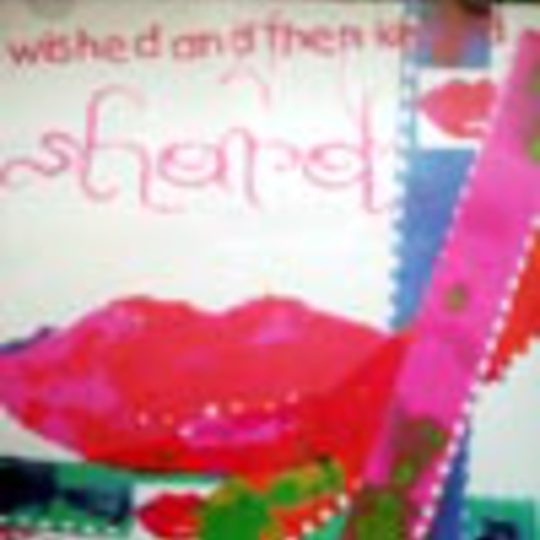 Shard tell me that their sound is "best captured on tracks 1 and 6", which leaves me wondering why they shoved four tracks between the two. If only to compound my confusion they also only name the two "best" tracks and leave me none the wiser on the rest. Should I have not grasped how important these two tracks were by now they also helpfully supplied the lyrics to both. Oh well, maybe there was a mistake at the duplication plant. I shall try not to hold it against them.

Shard are a three-boy/two-girl five-piece from Hertfordshire who I suspect are sixth-formers studying creative arts A-Levels. Charlie (bass, vocals, synth) is a pretty girl in the classic, probably-owns-the-Grease-soundtrack, style whilst the boys are caked in make-up and the other girl no doubt plays classical instruments. The other thing that gives away their arty leanings is, of course, the music - a schizophrenic amalgamation of electro, hard rock, indie-glam and allegedly left-field samping with jazz noodlings.

As it goes they could be right about which songs work and which don't. Opener, 'The Modern Way To Madness', is a clattering guitar powered pop tune with whiney indie boy vocal. In many respects it's quite new wave, taking something from tunes like the classic 'Airport' by Motors. This is followed by a noodling drum-machine backed electro tune which is pleasant enough and most definitely nodding in the direction of all the moody synth music from the eighties. The dual boy/girl vocals work well together, giving the whole thing a certain edge. Track three starts out all Hell Is For Heroes with its skewered riffing, before panning out into a moody indie-rock plodder. Track four is a dangerous attempt at running sci-fi noises, beats and jazz inspired bass lines under an unremarkable vocal dialogue no doubt sampled from some obscure black and white movie. Okay okay, you're arty, I get the idea. That leaves us with track five, another moody indie-boy-whine-rock plod which wants to be Mansun or Radiohead with less imagination. Still, not bad.

Oh hang on, better get ready for this because we're at track six. This one's called 'Bed Bugs Byte' and appears to be a sprightly glampop romp. The dour indie boy vocals are back whining all over this but it actually works quite well. The loose lo-fi drum loops and skinny guitar lines are headed in the direction of Radio 4, which I suspect was the point. It's not as good as 'Dance To The Underground' of course, but it's alright.

Shard clearly have some talent, some imagination, and I suspect some showmanship. Once it all comes together coherently it may well be worth checking out. For the moment it's promising but still very much work in progress.