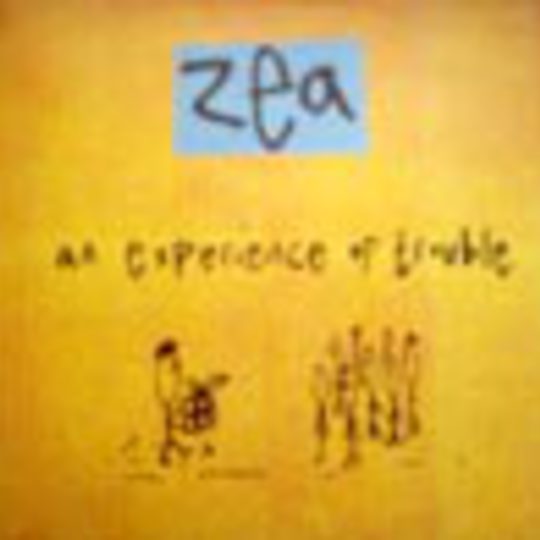 Coming at you on blue vinyl with a Wurlitzer-friendly huge hole in the middle (spindle adapters at the ready) this is by far the most indie thing I've seen all year. Nevermind the lo-fi hand-scribbled artwork on the cover.

Anyway, Zea are two guys from the Netherlands who like to play their guitars frantically and their drums badly. The title track rattles along in a distinctly Mohobishopi fashion, complete with high-pitched straining boy vocals. It's all over in just over two minutes which takes us to the b-side (wow, remember them?). 'Some Of Us Are Also There' takes the pace down a little to a playful little jaunt, complete with toy keyboard backing. It's quirky, and not wholly unlistenable, sort of like Gorky's Zygotic Mynci when they liked to bark on their records.

I have absolutely no idea what Zea are trying to achieve with this, but I suspect that may be the point. They messed around, had some fun and then punted it out in case it had the same effect on anyone else. Personally it doesn't grab me beyond its limited novelty value, but it's reassuring to know people are still doing this somewhere.