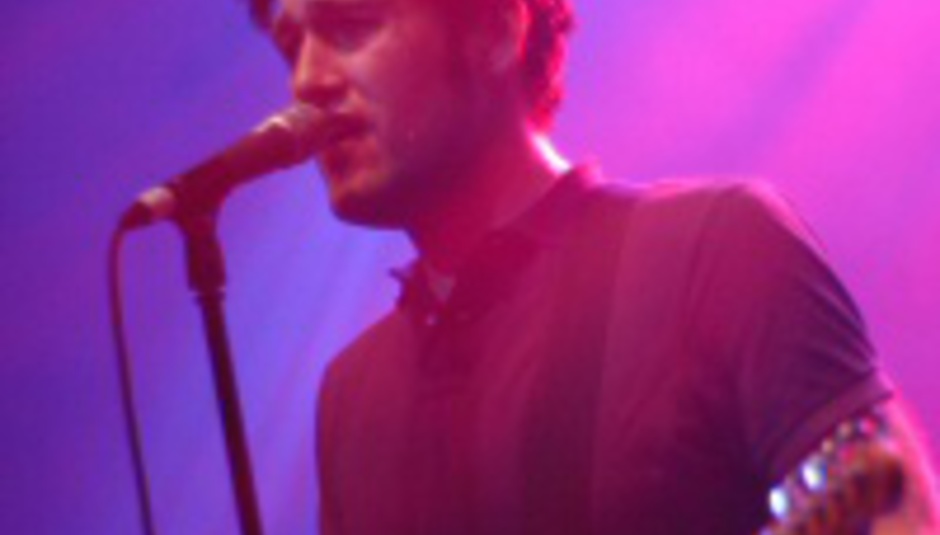 by Tom Davies June 3rd, 2005
Well the wait is over - the festival season officially began as We Love…Homelands 2005 launched us head first into a summer of dancing and depravity, but did it set the silly season off to a satisfactory start? All the omens were good: spanking weather (not too hot to cause casualties, warm enough for t-shirts), a beautiful location, thousands of up for it punters and an extremely juicy line up of live acts and DJ’s. The site itself was marvellous: Matterley Bowl, in the middle of the Hampshire countryside, is perhaps a little ambitiously described as a ‘natural amphitheatre’ but is an impressive setting none the less.

The various stages were spread over a relatively small area, so thankfully no long treks between tents, whilst the usual stalls and amenities from ‘shrooms to sangria were in plentiful supply. The arena tents looked deceptively compact from the outside, but once inside the true vastness of them, the Live Arena in particular, hit home, something that unfortunately took away from the first live performances of the day. Babyshambles - playing to a quarter full main stage at 2:30pm – failed to make an impression on all but the most ardent Doherty lovers at the front. To be fair, this had much to do with the sound quality, applying to all the live acts on the main stage. The Bravery apologised for their tardiness having been stuck behind a cow or two on their way there. They proceeded to race through their set, including ‘Honest Mistake’, at lightning speed before promptly announcing they were ‘helicoptering’ off to Liverpool (possibly to avoid any more cows!) to support Duran Duran. Hopefully they went down better with the scousers, the Homelands faithful being left distinctly underwhelmed.

For many the party officially kicked off after The Bravery, with Norman Jay doing what he does best. The already sozzled sunshine seekers by the outdoor stage lapped up his warm-up set of funky house and party stormers. Back in the Live Arena the Audio Bullys turned things up a notch with a competent and energetic set, the crowd going crazy for new single ‘Shot you Down’.
Things continued to pick up with Mylo. Still rocking his live set nearly a year on, sadly only a couple of new tunes were proffered, but nothing was going to get the crowd going like the electric encore of ‘Drop the Pressure’ and current single ‘In Your Arms’.
Mike Skinner of The Streets did his best to liven up the crowd by dishing out brandy to the 'laydeez' at the front to accompany raucous versions of ‘Fit But You Know It’ and ‘Blinded by the Light’. He delivered a decent set, given the difficulty of translating his musical style to a live show.

2 Many DJs, surprise surprise, were another highlight, stealing the show with their skilful and imaginative blend of party mash ups, lapped up by probably the fullest tent of the night. They succeeded better than anyone in bridging the gap between guitar and sampler with their rock infused blend of beats and unfortunately caused many, including myself, to miss Beck in the Live Arena. The mood was set for the night ahead and some pumping progressive sounds were in order. Thankfully John Digweed obliged with a throbbing dusk-till-dark set, suiting the growing fervour to a tee. The funky house of arena two did exactly what it said on the tin. Although never completely off the hook, there were more than enough funk-fuelled floor stompers to get the punters boogying; Dimitiri from Paris' not-so-serious style set was especially impressive. A lot of thought had gone into to recreating a swish ‘housey’ clubbing venue here. The look was pulled off to perfection, glitter balls and all, though the wooden dance floor’s one in five gradient made for some interesting dancing as we slid towards the exit following a cookin’ set from Layo & Bushwacka…!

The party notably wound down a little from around 1am onwards with the Live Arena closing at midnight and a couple of others tents finishing around 3am. Disappointingly, many ‘big name’ DJ’s seemed to be playing early evening, doubtless rushing off to squeeze a few more gigs in later that night. No surprise that the Movement Drum and Bass arena was rinsing – and packed - all night (for the junglists there ain’t no half steppin’). Marky and Andy C played noticeably more jump-up tunes indicating D&B may be moving away from the darkside. The Strong Bow Rooms saw party tunes aplenty with French house legend David Guetta and fellow cider lover and Blue Room boy Rob Da Bank creating havoc and summing up the hedonistic atmosphere all around.

Overall, Homelands was definite success, though perhaps it was trying too hard to be all things to all people: a very tricky tact at a one-day festival. Homelands would argue this year’s line-up was a well-intentioned nod to the ever growing diversity of dance music and the musical open mindedness of its fans. I have a niggling feeling it was more of a cunning ploy to pull in more punters after falling ticket sales and a perceived decline in the popularity of dance culture (the addition of Babyshambles in particular springs to mind). I can’t help thinking that the bands should have played either on the outdoor stage or in a far more intimate arena. Perhaps a bolder running order would also have helped: a lot of people seemed to leave very early taking away from the all night dance party that is essentially what Homelands should be all about. That said, there was a cracking atmosphere throughout the night and enough quality music to see us through ‘til six in the morning. We like Homelands, though on this occasion 'Love' may be too strong a sentiment!