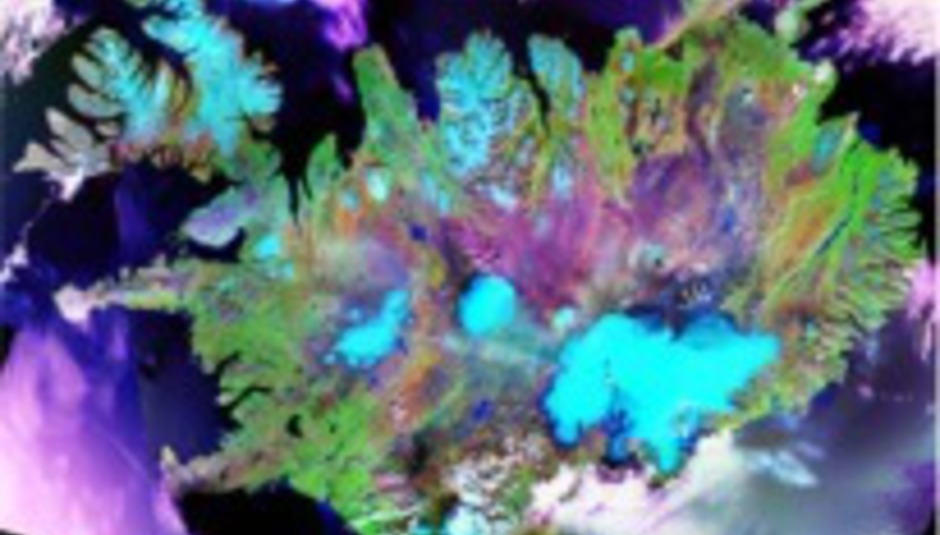 While you may have been intrigued as to how we justified spending a million pounds on carting a bunch of us DiS writers off to Iceland in this article (that's another link), you're probably less intrigued as to the other stuff we did. We were in an apartment, we cooked bacon and eggs. As if you'd wanna read about that!

Okay then. Here are a few highlights of the rest of the trip - the bits when we weren't watching bands. There were very few. We were very busy. We really did trawl the city in search of new talent. Promise! And we ate burgers.

No, not the ten litres of liquor we had on our coffee table, but the never-seen fairies and elves that live under the many rocks on this mid-Atlantic island. They have to be relocated whenever building work is undertaken - if they prove stubborn the authorities insist that even highways are built around them, leading to all sorts of dodgy twists and turns in some roads. Despite the hundred per cent literacy and zero per cent poverty benchmarks that they have set themselves, the Icelandic still firmly believe in the huldufolk, or hidden people. Bizarre? Perhaps.

The Gaukurinn was where DiS founder Sean Adams disc-jockeyed himself to near-death, warming the crowd up before Kaiser Chiefs disc jockeyed the rest of us to death. We danced ‘til it was time to get up and drank ‘til the bar was dry - it all had to go because the bar was closing down. No complaints. Grand Rokk is also closing down to become a burger bar. This is sad, however, because this venue showcases many new, unsigned local artists and its closure will be felt among the local music fraternity. This weekend gave both venues quite a send off.

Close to this year's team DiS base camp is Uncle Jim's Cavern, a sub-street level café-bar that attracts Reykjavik's artsy community, alongside those wanting a hidden retreat from the often busy main stretch. With an atmosphere quite unlike any bar I've visited in the UK, Uncle Jim's Cavern is refreshing for the mind as much as their fine selection of draught and bottled beers are for the taste buds.

As well as playing host to numerous in-stores across the weekend, the Bad Taste Record Store is a gold mine of Icelandic musical gems and clothing treats. Notably, a pre-teen three-piece by the name of Capybara sell their wares here, and they sit comfortably with the copious Björk and Sigur Rós posters. On top of the music is a wide range of western European fashions at prices that made my face bleed. Admittedly, though, it's the sort of place that's so damned cool you'd just want to spend the day there to tell your friends that you had, anyway.

Let's not beat around the bush here: Iceland is cold. However, it's not cold like you'd reckon it to be. When the wind is low, a coat will suffice and the almost perpetual sunshine will keep you smiling. Watch out for when the wind starts whipping in off the sea though; the other-worldly feeling that is almost consistent whilst in Reykjavik will be blown out of your ears and you'll be left with tears running down your cheek. Me? I bloody love it.

Tucked away, just behind the DiS venue, Reykjavik 871±2 is an innovative museum. Amazingly, the museum is actually built around the original excavation site of the oldest known settlement in Iceland. There are buttons to press, spotlights that highlight key points of the ancient longhouse and videos to watch, and it’s the best museum I’ve ever been to. Yes, even better than the Science Museum. And I accidentally dodged paying the entry fee so it cost nothing. Whoops.

Apart from the excruciating ten paces to the pond, where you realise exactly what ‘cold’ means, this place was a wet heaven. The natural spring water is so warm that it actually gets a little bit too hot in some parts. Despite some decidedly dodgy looking men standing around the edges with cameras we managed to have a lovely time, mainly by rubbing mud on our faces and pretending we were monsters but also by sitting in the sauna for ten minutes before having jets of ice cold water sprayed over us. Fun!

Hot water is free and plentiful in Reykjavik. It also smells of eggs. The sulfur content in the water makes you feel like you are showering with part of a full English but the fact that it’s free is pretty cool. It’s not really something that might cause you to visit this city but yeah… interesting!

The Top of Reykjavík's Church

Reykjavik has a good few churches, but by far and away the most impressive is the one which looks out across the city from the top of the main road. Standing ominously high in the air, we ventured to the top to discover a view quite unparalleled this close to the North Pole. City blends into mountainous spread, into water, buildings and post-volcanic expanses of emptiness. A sight that has to be experienced to be believed.

We'll make no bones about this: Iceland is expensive. But there's no doubt that on most fronts you get what you pay for. Situated in Reykjavik's central square, Café Victor and its impressively diverse menu present a tasty sit-down treat, accompanied by well-pitched pints of Viking beer. To truly experience Victor though, you need to try a burger. Cooked to perfection and laced with the freshest and tastiest of ingredients, this is a meat snack to savour and savour. The paprika-dusted fries merely complete something really quite special.