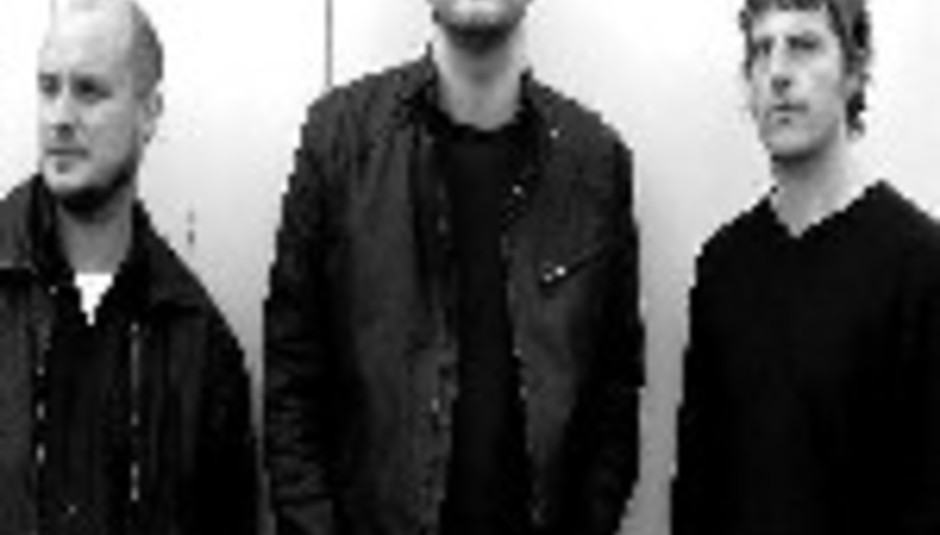 "We never told anybody that we split up, because we didn’t feel it was important."

"We never told anybody that we split up, because we didn’t feel it was important."

by Andy Robbins September 12th, 2005
“We never told anybody that we split up, because we didn’t feel it was important.”

If it’s better to burn out than fade away, then Six. By Seven were never destined to set the world alight. The modesty of vocalist and guitarist Chris Olley is hardly the stuff of paraffin and charcoal briquettes. Yet despite his humble admission, his words will undoubtedly ring true in the ears of the world’s crushingly tiresome majority.

In a society that cares more Madonna falling of a horse than the passing of one of Britain’s most belligerent and consistently outstanding bands, Olley might be forgiven for pissing on his own parade. After all, you can’t blow out the candles if they were never lit.

But for those that still care, the news of Six. By Seven’s silent departure will come as a sobering blow. The seemingly indestructible three-piece, who stubbornly raged on from the exit of two key members and being dropped by their label, have pressed their own big red button. The band who once blew Blondie out of the BBC’s Later… studio have walked away with not so much as a carriage clock or lump sum payment. But with an air of foreboding, it would appear Olley, along with drummer Chris Davis and keyboardist James Flower, has not so much driven the band off a bridge as carefully secured it in safe storage.

“We want it to be open ended anyway, never say never, we may play a gig next week just because we feel like it, if there is a demand again, I'm sure we would play,” admits the singer. “In retrospect, closing the lid on Six. By Seven was really more to do with leaving that part of the music industry behind, starting something new, without this reputation thing hanging around us.
“Didn’t you know, I'm supposed to be the most miserable man in the world?”

One thing Six. By Seven were never short of was critical acclaim. From their dreamy debut album The Things We Make to the venomous lust of Artists Cannibals Poets Thieves they consistently found favour with the industry’s tastemakers. Not that it seemed to make a jot of difference to the people who happily wolfed down girl power, nu metal, the new acoustic movement and The Crazy Frog in the time it took Six. By Seven to make five albums. Like a Stuart Pearce free-kick right into the balls, surely that’s got to hurt? Not so, says Olley.

“It seems to bother other people around us more, especially our fans and those who see us live. I’m happy with the critical acclaim, but it wasn’t hard to get as we never sold enough records to get slagged off. The press would really be doing themselves no favours if they did that. “Everything is relative; we sold a hell of a lot more than most bands, and we did sell a lot more records than people think. The main thing is, we always did it our way, we did everything like we wanted to do it, even if it was the wrong way to do it. I always wanted to make five albums and do one Peel session. As it is, we did five albums, not including the unofficial Pevril (outtakes collection) and five Peel sessions and two live Peel gigs.”

But despite the good times, there have been plenty of storms for the band to ride; most notably the loss of guitarist Sam Hempton who walked out just before the band played Glastonbury in 2000, and Paul Douglas who chose to give up music in the wake of third album The Way I Feel Today. For most bands, losing two fifths of their line-up would have signalled the end, but Six. By Seven just took it in their stride, formed their own label and battled on regardless. So, after all that, why split your band? Making a decision like that must be like asking for a divorce just days after you thought the marriage guidance counsellor had pulled you off the rocks?

“It was not hard for me personally,” admits Chris. “After Sam left there was still a lot to do, and we still had a deal. After Paul left we had just got a new rehearsal room and so met up to play as a three piece. It sounded great so we carried on. I still maintain that was the band at its best and 04 and Artists Poets are my favourite records.”

But don’t worry,“the most miserable man in the world” hasn’t gone soft and there’s still a sting in his tail. Olley flashes a glimpse of a forked tongue as his attentions turn to the darker side of the business. “The lows were finding out slowly but surely what the music industry is like and what people can be like when you don’t sell as many records as they thought you would,” he says, echoing at the vitriol within his fraught vocals. “People are pretty shit really, especially the climbers down in London. You get to see a different side of human character, but you draw the positive out of it. At least you’ve seen it and you’ve learned a bit about life, and you can avoid it if you want to.”

Despite his damning verdict on the industry that’s paid his way for the past decade, Olley clearly hasn’t had his fill and he’s still hungry to write and play live. Sketchy plans are already in the pipeline for a farewell tour, which Sam Hempton has agreed to be part of, while the band are still in talks with former label Beggars Banquet about a possible Best Of. But the future is already at the forefront of Olley’s attention, having already released an ambient album under his solo pseudonym Twelve. But he hasn’t forgotten his immediate past while on the hunt for new inspiration.

“I’m doing a Krautrock album with Chris and James which may come out as Twelve, or something else. I don’t know yet. We have also formed a new band called Collision and have demoed an album’s worth of material. We are going to be a five piece again and will be rehearsing soon with a view to gigging and getting a record deal. It sounds awesome.”

Awesome or not, after spending a significant chunk of his life touring the world with Six. By Seven, waving goodbye to it all must at least bring a tear to the eye of one of Britain’s most tenacious characters? Just how will it feel when he walks off the stage for the final time as a member of Nottingham’s finest?

“I’ve already done it. Our last show was a sell out in Thassaloniki, in Greece. I didn’t realize it at the time, but that was the last ever proper Six. By Seven show. I’m sure there will be some more. We just need a bit of time off from the monster we created and we need to close some doors and cut out the connections.