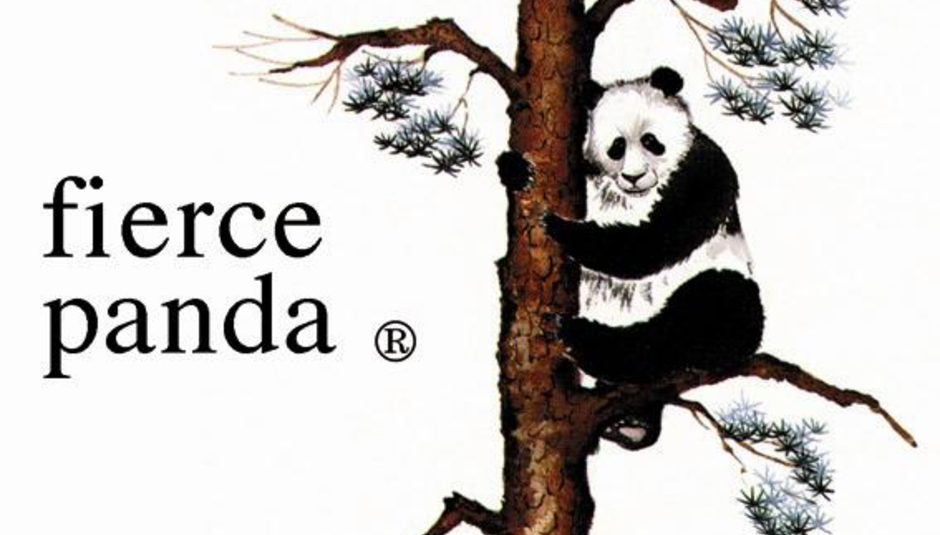 Fierce Panda: it’s got to the point whereby they’ve probably earned the mantle ‘perennial’, but that sounds almost… disparaging. Let it not be. On the eve of their 13th birthday, the label formed by then-NME journalist Simon Williams (back in the day when music scribes actually deserved the name ‘journalist’) alongside two other fellows deserves a celebration of their long and happy existence.

It’s almost cliché now to trundle out the pop highlights of the Fierce Panda back catalogue – Coldplay, Gorkys, Placebo, Embrace, Keane, Youthmovies, Supergrass, Ash and a whole bundle of yank-o-rama bands like Bright Eyes and Interpol have made their way on to FP releases – but it’s still a lovely cliché to lavish upon new readers / recent converts.

Thing is, these days, lots of journalists seem to have their own mini recording empire. In fact, everyone’s blimming got one. You can’t walk down the King’s Road without seeing a well-manicured young Sloaney name-dropping their hip imprint. Probably. But it was a tad of a novel action back in 1994. Did you see yourself as a fighting a brave new frontier, Mr Williams?

“I guess so”, opines Simon, “in which case we blazed a tiny trail for a couple of other hacks to set up their own labels. I think it's great - music hacks get accused of being spoilt-rotten lazy arses, so when they actually do something like set up their own record company I think it should be applauded. At first, anyway.”

Williams pauses, adding: “The funny thing is, Fierce Panda initially – and correctly – engendered a certain degree of hostility for daring to be launched from the offices of NME but, to be fair, about half-a-dozen other people had their own indie or dance labels on the side in the mid-‘90s. It's just that none of them had a name as stupid as Fierce bloody Panda, so nobody noticed.”

“For us, it was probably totally fun from '94 to '99, at which point we started to take it seriously and actually pay attention to sales figures. Thereafter it was slightly less fun until last year when we got bored of the whole process of putting out singles purely to help bands get major-label deals - which they would have got anyway with or without us. Fundamentally it was most enjoyable when we were making a difference and giving underdogs a chance.”

The change to singles is outwardly, a seismic one, given that Fierce Panda’s reputation is as a singles label. However, the Panda are nearing their 50th LP release: "We'd actually been putting albums out for years but didn't know how to market them,” says Simon. “In fact, we still don't know how to market them, but we've got a bit more of an idea now Capdown and Shitdisco are our 48th and 49th album releases.”

Hmm. Pointed. Williams also contests DiS’s suggestion that there are no prominent singles labels: “I actually think there are more labels than ever to go to. If you look at High Voltage or Dance To The Radio or Angular or Young & Lost or White Heat, or our own Label Fandango, it seems like there are still a good few enthusiasts out there. And that's without bands simply putting records out themselves, the clever little buggers.”

Ah yes, the rise of technology empowering every Koopa under the sun to have a top-40 hit. How does the super-computer age sit with Fierce Panda?

“I'm a total muppet when it comes to gizmology and I've spent far too long living in northeast London to start walking around with white headphones on,” counters Simon, “but I am sufficiently aware of modern consumerist habits to contemplate download-only releases for a couple of our new rock arrivals. The paradox is that while this whole MySpace/download thing is supposed to level out the playing field, the majors once again have the upper hand because they can afford resources and personnel for entire online departments while I struggle to find enough time to update news stories for the Panda website.”

Fuck. It seems that the ongoing theme of DiS’s label profiles is that it’s going to be really tough for the indies to keep buoyant and, indeed, buoyantly happy in the next few years as we ride the crashing waves of technology. So, while we wait for the storm of upheaval to quell, Simon, what was your favourite Fierce Panda birthday party?

“The fifth year blow-out for the Dead Cheap Sampler album in 1999. We hired HMS President on the Thames by Blackfriars Bridge, got a load of free Carling Premier and the poop deck was awash with the likes of John Peel, Seafood, Twist, Llama Farmers, Chris Martin and Ian from Damaged Goods. A fine crowd in a mad, mad, world.”

Which surely is enough to make anyone happy with their lot?

“I'm not sure if success in the music industry can make you completely happy. I know A&R people who retired absolutely loaded years ago who are back on the scene because they can't give it up, and I'm sure Alan McGee's bank manager doesn't need to encourage his client to work harder. Luckily we've never had enough success to spoil the fun - we've never had an Elastica to live up to. Besides, every time we get a band who we think might be able to haul us into the top 40 they change the chart rules..."

So, over the past 13 years, what has made you howl with pleasure and weep with sorrow?

“The last five years probably encapsulates both sides of the cultural coin,” says Simon with a raised eyebrow and wryly turned corner of the mouth. “The whole indie boomtime thing is quite possibly something that old men like myself used to dream of back in the day when the Jesus & Mary Chain going into the charts at Number 23 seemed sensational.

“The great thing is that the majors have sussed how to market these bands and so now so-called 'indie' acts can fight it out in the top 10 with the crappest of the mainstream acts. The problem is that the majors have sussed out how to market these bands and now so-called 'indie' acts have no need for 'indie' labels, not even for the first little 7". I was watching the From The Byrds To The Eagles recently and David Geffen was bemoaning the end of the hippy West Coast dream. The problem? ‘The lawyers and managers got involved,’ he grumped, and while I can't really say I have too much in common with Mister Geffen he has a point: right now bands who play two decent shows in Yorkshire get hoovered up by the business heads before they can even contemplate playing London. And while it looks good on the surface for the Automatic et al, in the back rooms of every major label there are the festering corpses of last year's hip signing whose fourth single dared to not get into the Top 40. The Futureheads got off lightly. By all means take the corporate money - it may be the only chance to get a payday from playing drums - but don't be surprised when it goes tits up.”

We’ve cut about 1,000 words from this answer, you'll be pleased to know.

Voltaire said that “history is fiction agreed upon”. We’ve only dropped that in because it sounded big and clever. What we meant to ask the Fierce Panda impresario is: what labels inspired Fierce Panda? What’s the blueprint?

“Well, my busiest record-buying era was the '80s, so I'd say that Factory, Creation, Kitchenware and Sarah Records had the most effect. Sarah came up with ace liner notes (which we ripped off for our early EPs) and had a real sense of indie identity, although I hated the way people sat down at Sarah gigs. Kitchenware were an enigma wrapped up in glossy Geordie sleeves, but I loved Prefab Sprout and Hurrah!. Creation were ace round about the time they were releasing 7"s by The Bodines, and Factory talked a good fight and put out 'Lowlife' by New Order. And you can't ask much more than that”.

This is true. And tips for those starting their own world-beating vinyl concern?

“For God’s sake, don’t spend too much money.”

With that, Simon strolls off into the sunset. However, for Fierce Panda it’s merely a new dawn… *cue romantic coastline imagery and sweeping score *.