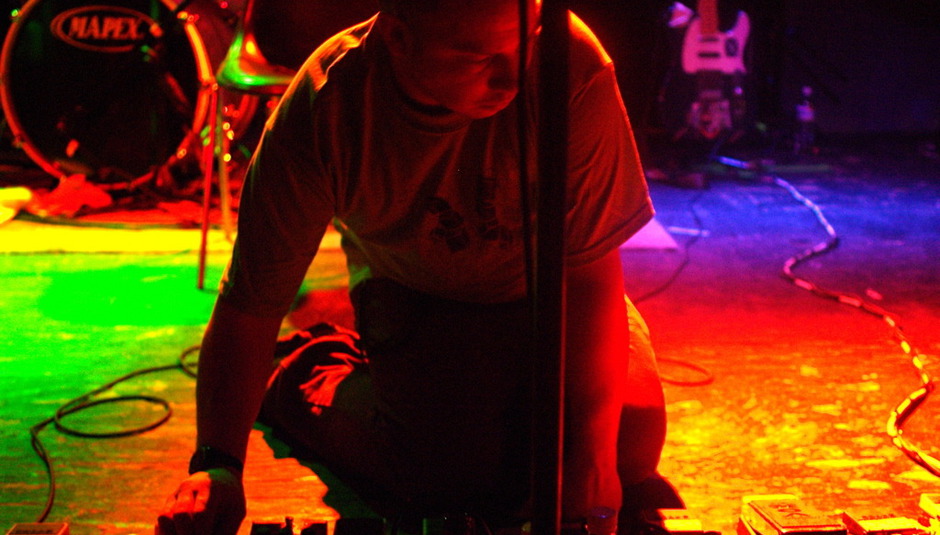 Best known for their less-than-flattering critiques of popular rock bands, either via their own website or in interviews with other magazines, Mogwai have something of a reputation as tough-to-please, indier-than-thou gobby boys for hire; at least, a cursory scan of their vitriol towards other acts, at its peak, would imply as much. To turn the tables rather, here DiS invites the band’s Stuart Braithwaite to write about something – anything – positively. We won’t argue that what he chose to write about didn’t surprise us rather…

Before I commence my rant I must say that there has never been a band that have forced me to change my mind about them as much as Radiohead. Their first album was third-rate indie that never showed any sign of the promise that was to come. From the name checking of chancers such as no-marks Strangelove and corporate tax-dodging preachers U2, they were a band that were hard to love. In the following years, however, a transmogrification of miraculous proportions took place as they became what they are now: a band that combine those rarest of bedfellows, artistic greatness and commercial success.

‘Anyone Can Play Guitar' to 'Pyramid Song'. Some trick! I can even forgive them for inspiring such musical criminals as Muse.

A couple of weeks ago Radiohead announced that they were going to release their new album themselves, online, with a policy that people could pay as much (or as little) for it as they pleased, thus bypassing the major label mechanism that they (and most of the artists anyone has ever heard of) use to get music to the masses. My social circle of indie idealists were ecstatic about this development, hoping that it would herald a new dawn where soulless creeps in suits with degrees in accountancy and no idea who Captain Beefheart is would no longer have the vice-like grasp on what is released and what people get to hear.

The situation for the download of the Radiohead record, In Rainbows, was the first issue to raise a few eyebrows, as the buyer (and we have to presume that a lot of people paid for it) had no control over the bit rate; all of which were 160kbps, which is nowhere near the quality of a compact disc. The other option is a box set (the ‘discbox’) which will contain the CD, a copy of the record on vinyl and codes to download mp3s. This costs £40, which is a tad expensive but may well come in beautiful packaging and be an artefact of such aesthetic greatness that the price totally justifies the cost. FYI, Shellac have given away a CD alongside vinyl copies of their last two records free of charge – a CD costs less than fifty pence when manufactured in any significant quantity.

On hearing of Radiohead's removal of the major labels from their particular food chain I was full of admiration and respect. It was only when rumours started to fly that a normal CD edition of the record would be available in the new year on their regular label Parlophone that I began to worry. Since this is just a rumour I can only say that if they are indeed going to release the record as normal after having their biggest and most loyal fans into buying a CD and vinyl box set at four times the normal price in time for Christmas and having pocketed fortunes by getting people to pay for low quality mp3s in advance then they should hang their heads in shame.

If, however, they are going DIY on an epic scale and are effectively sacking the men in suits then all hail Radiohead! The braveness of this move was juxtaposed perfectly with the fact that last week Madonna signed her new record deal with Live Nation aka Clear Channel aka the bastards that got George W Bush elected. But since she speaks with a fake upper class English accent and kills animals for fun they frankly deserve each other.

At the time of press, rumours seem to suggest that Radiohead will sign with a large UK-based indie label to distribute In Rainbows in a rather more traditional manner. Currently, though, DiS has heard nothing confirmed, and it’d be wrong of us to state here which labels are supposedly in the running. Wouldn’t it?