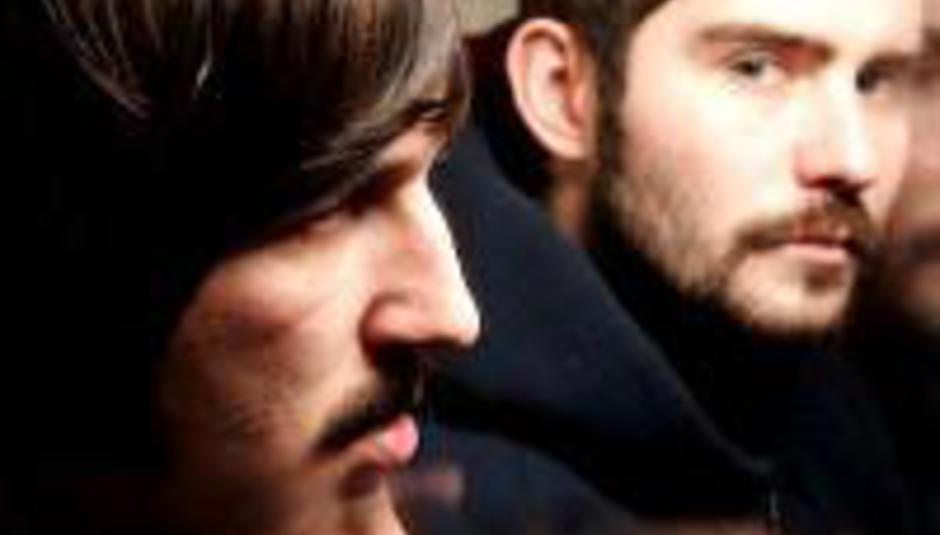 In the first of a new series on DiS, producers, remixers, dance makers extraordinaire MSTRKRFT have put together a 'net-bound mixtape for us, and for you, to wrap thankful lugs around.

Back on the ledge of the present, Jesse F. Keeler, formerly of the much-loved Death from Above 1979 and now 50 per cent of the Modular-signed act with Ali P, has outed the following ten tracks of clattering, flouncing, scabrous robot-glam. Bangers to a cut... and a cut... and a cut...

Felix Vs. Diddy - ‘Jack U’ (Ingrosso and Angello remix) (listen)

“We have been working on so much shit recently - trying to work on our album while remix requests we actually want to do keep coming in. We are doing one for the Juan MacLean’s new single that everyone is going to freak out on, but we’re really trying to focus on our new album right now.

“It’s pretty different and I hope people are ready for it – it’s not going to be out for a while but I think the first single should drop in March or so.

“After December, we’re going to take a break from touring until the first single to work on the record and come back with all the ‘new shit’. Word up.”

If you’ve made it this far, chances are you would dearly love to go to Modular’s end of year party at Turnmills in Farringdon, London this weekend. Ed Banger head honch Busy P, Buraka Som Sistema, the Mighty Boosh and the Horrors will all take up arms behind the decks along with MSTRKRFT for the shindig this Saturday (1 Dec). Want tickets?

Email kevDOTKharasATdrownedinsoundDOTcom with a word. Your favourite word. That is all, you'll be notified very, very soon if you emerge victorious.

As well as those mentioned above, there will be sets from the Count of Monte Cristal and Sinden, Yo Yo DJs and Martelo.