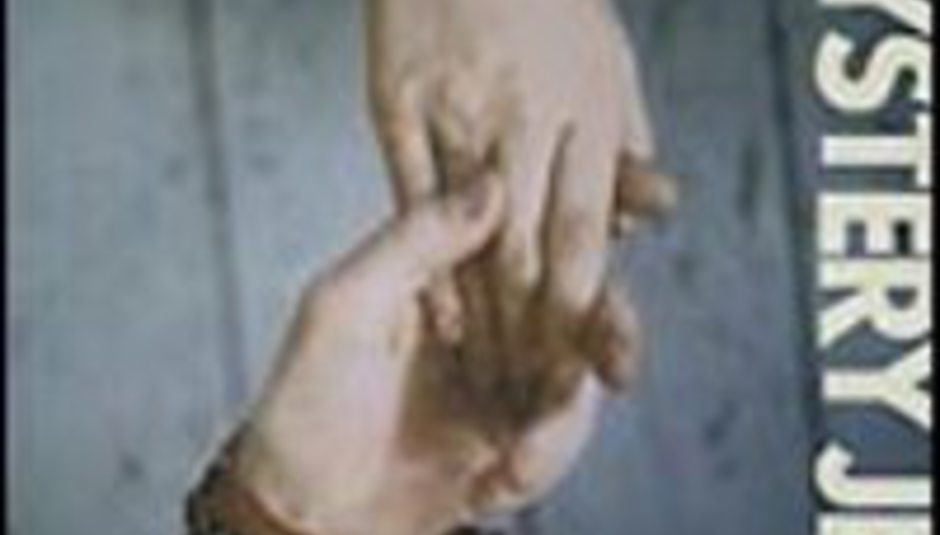 SINGLE OF THE WEEK:

Proving there’s nothing quite like firing your dad* for raising spirits and getting the creative juices flowing, there’s suddenly a spring in the step of Eel Pie Island prog heirs Mystery Jets their contemporaries can’t get near.

The first single to be lifted from Erol Alkan-produced second album Twenty One, ‘Young Love’ is a quietly exultant pop platter like Trevor Horn producing The Temptations, abetted by an unprecedented lead vocal from guitarist William Rees and the cool, unhurried presence of one Laura Marling.

A fair indicator of still-more shameless pop delights to come on the full length, it’s also worth noting how lucid and intuitively reached-for the new approach sounds, the band tapping into their inner ‘80s diva in less convoluted fashion than Patrick Wolf and coming up roses while seemingly nobody was looking. Marvellous.

The Futureheads – ‘The Beginning Of The Twist’ (Nul)

For all their commendable defiance it’s heartening to know The Futureheads weren’t above a bit of self-criticism following the bitter disappointment of being dropped by 679 in the wake of a sluggishly-received second album.

That record, while by no means an artistic failure, lacked the pop nous of its predecessor, but their comeback This Is Not The World looks set to erase all that with a salty slew of seaworthy tunes worth going overboard for.

As a flying fuck-you to its detractors ‘The Beginning Of the Twist’ sounds in danger of labouring its point a little, substituting the subtle experimentalism of their finest work for bludgeoning anthemics, but it still packs the necessary clout to remind us that, when it comes to this kind of thing, The Futureheads are almost without peer.

Not so much lacking a third dimension as expertly making the case for its redundancy, ‘Cassius’ remains one of Foals’ most finely-meshed patchworks to date, its spindly adolescent frame lent sinister heft by Antibalas' blaring brass.

Back after a lengthy hiatus following 2005’s 'bit-meh' Leaders Of The Free World LP, darkly poetic everymen Elbow are back with ‘Grounds For Divorce’, which starts out as a deep south spiritual the likes of which once made up the bread and butter of Moby’s career, before quickly morphing into a shock ‘n’ soul epic as guitarist Mark Potter busts out a riff that’s heavier than lead soup and Guy Garvey struggles to come to terms with the loss of close friend and musician Bryan Glancy. Heady stuff, if somehow unappetising.

Combining widdly post-hardcore with a twittering anthemic sensibility, ‘Our Bipolar Friends’ is a brisk-borderline-batshit-insane assault that sounds a little like Bloc Party if they stopped screwing their faces up and going ‘yes, but what does it all mean?’ As bewildering as a fruit machine, in their own special way.

Featuring a guest vocal from Harriet Tricoteur that doesn’t so much nod towards PJ Harvey as thrust a fawning head clean off its stalk in her direction, little is known about this morbid duo (their name means ‘mother is dead’) purporting to hail from “one of the UK’s least interesting mini-cities. Just as well, really, since this bit of sub-Duke Spirit, doom-tinged nonsense never really leaves the mortician’s board.

A four track EP comprising one original song the way nature intended plus three tracks remixed by Headman, Bitchee Bitchee Ya Ya Ya (nope, us either) and Chateau Marmont, ‘Cross The Fader’ is Parisian pop produced by Justice frontman Xavier de Rosnay and dissolves on contact with the ear like chewing gum sheets. The band faffs around with all manner of Devo-style sonic frippery but in the end fail to disguise their beating heart of mediocrity.

Nothing less than the fate of mankind hangs in the balance of BSP’s new single, a sublime meditation on the power of men to good and evil that sees Hamilton play the glassy-eyed mystic as well as anywhere else on Do You Like Rock Music. Even the backing vocals are perched uncomfortably between terrace chant and SS rallying cry, which somehow sums it all up brilliantly: ‘No Lucifer’ is really dangerously good.

They’ve been described as sounding like Son House, which makes me want to weep raging torrents of actual blood, but this dire Leeds two-piece’s effort more accurately sounds like Free’s ‘All Right Now’ being sung over an absolute abortion of a blues riff, by a preening halfwit. Sorry guys.