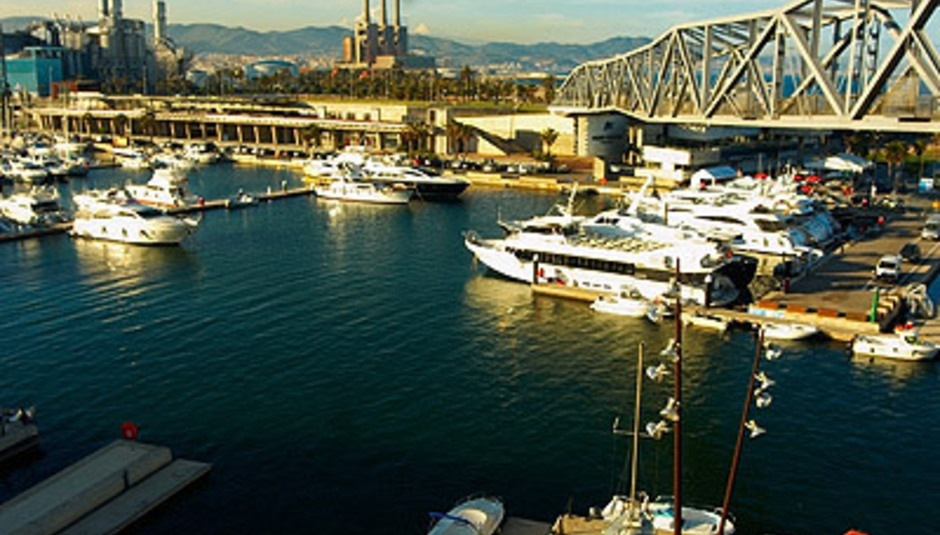 It's the third and final day of Primavera Sound, held at the Parc Del Forum, Barcelona, and DiS has reached an unanimous verdict: this year > last year, by some margin.

The weather might not have held for the duration as it did 12 months ago - when the rains fall in the early hours of Sunday morning (today, then), they fall hard. DiS's Tom King is still staggering about in damp trews as we deliver this update. Musty. But this year's superb bill is, we feel, even better than last year's. All that's missing is the Ferris Wheel. Last year, it delighted and terrified us.

A slow start to day three sees Times New Viking open the ATP stage; quite how they can even stand up after the night before's excess (DiS leaves their balcony at around 7am, if we remember right) is beyond us. Their fuzz-pop fun times are followed by something rather noisier on the Vice/Jagermeister stage - we don't know who Vortice are exactly, but their Will Havenisms sit quite nicely with us, thankyouverymuch.

Something calmer, next, as Atlas Sound soothes the metallic burn; Bradford appears later, on the ATP stage, fronting Deerhunter, whose run through a slew of new material is met by much appreciation. The Estrella Damm stage hosts a foursome of critical darlings: Okkervil River survive technical failings to please an enormous crowd; Rufus Wainwright plays as the sun sets; Dinosaur Jr make like plaid never went out of fashion (and are great); and Animal Collective melt brains with a headlining set that'll sit long in the memory.

But A/C have plenty of competition for set of the day. Devastations turn up the doom through the gloom of the ATP stage, and Mission Of Burma have a great many newcomers reaching for their Punk Rock 101 textbooks; rather that than any actual revolver. Shellac are stunning, simple as, and Les Savy Fav bring the party to a sea of what looks like millions. Could either ATP-playing act draw such a crowd in the UK? Seems unlikely.

The best of the rest: Silver Jews bring their Lookout Mountain LP to life alongside some timeless catalogue material; Fanfarlo charm the socks off those assembled at the CD Drome stage; Dirty Projectors continue to divide opinion on the very same stage; Stephen Malkmus and the Jicks and Lightspeed Champion make it a Domino double-header on the Vice/Jager stage; Throbbing Gristle terrify the Auditori, the festival's only inside stage; and Digital Mystikz get folk dub-stepping to their addictive beats before Simian Mobile Disco close the night with a DJ set on the Rockdelux stage.

That, is nearly it. Save for tonight's closing party: DiS DJs, The Wave Pictures, Messer Chups, Kelley Stoltz and more at the Apolo, on Nou de la Rambla. In Barcelona? Come along!