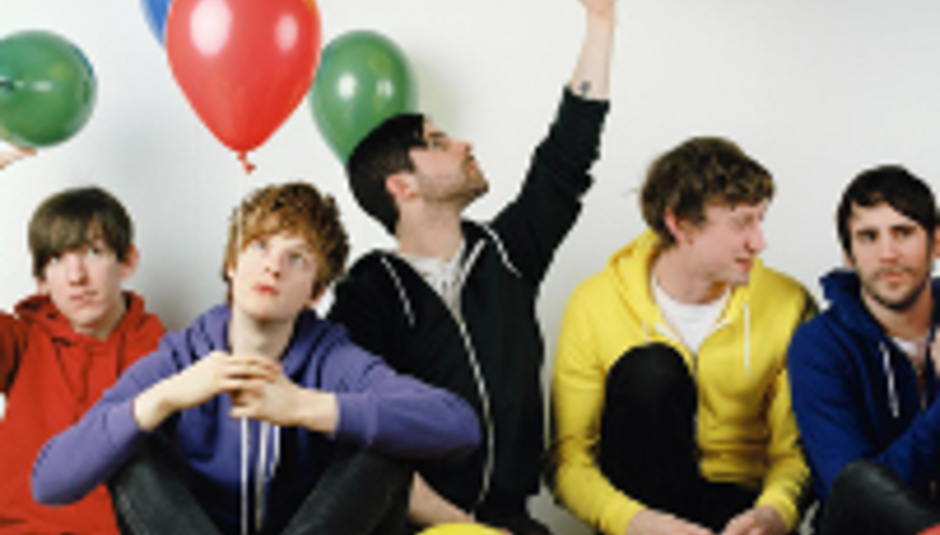 It’s day one of DiS’s week-long look back at 2008 so far, a week preceded by The Weekly DiScussion of a few days ago. This is part one of a three-part summarisation of the year’s best long-players to date; part two follows tomorrow (read it!), with the final part landing in your monitor Wednesday. If you’re thinking the four picks below are a little obvious, fret not: further instalments will see rather more leftfield releases enjoy their time in the spotlight.

On Thursday and Friday DiS will be listing a selection of you should really hear these tracks not featured on our dozen essential albums of the year so far, directing readership attentions to some overlooked gems and forthcoming wonders, however they’ve been released. And some obvious you’ve already heard these offerings, no doubt. We’ll also be publishing words from the makers of our dozen featured albums on their favourite records of the year so far.

But that’s to come. Part one of An Essential Dozen, go. Portishead – Third (Island)
You’ve the reputation, the legacy; you’ve inspired an untold number of acts across the globe, and produced some of the most unsettling, disquieting ‘pop’ singles ever known. So what do you do for your belated third album, arriving fairly abruptly after an 11-year hiatus? You make your best-ever record and better even the most ambitious expectations with a series of arrangements more soaked in paranoia, dread and menace than anything you’ve released before them. Bravo, Portishead, you’ve gone and made us shit our pants again. And with ‘Machine Gun’, Third’s explosive lead single, you’ve gone and blasted the ghost of trip-hop into translucent wisps of fading nostalgia. You build it up, you knock it down. The reconstruction of a collapsed pedestal has never sounded so wonderful.
DiS review
MySpace

Video: ‘The Rip’, from Third Foals – Antidotes (Transgressive)
Securing mainstream attentions in a fashion none of their peers and influences ever truly achieved, Oxford five-piece Foals ran the gamut of early-2008 hype, of style-over-substance jibes and sell-out accusations, and ultimately produced what some months after its release remains a mighty fine debut; Antidotes pops at its seams with insistent, urgent indie-pop arrangements echoing the finest elements of Bloc Party, Youthmovies and Minus The Bear. The logical step for two of the band’s five members after the dissolution of the head-spinning math signatures of their old band The Edmund Fitzgerald, Foals’ reconstructing of avant-garde tendencies in a purely accessible form has made them heroes to many, villains to few; the haters will always loiter, but tracks like ‘Balloons’ and ‘Tron’, both housed here, are guaranteed to get even the most-sceptical listener tapping away in unison. The British Battles? Don’t be so insulting.
DiS review
MySpace British Sea Power – Do You Like Rock Music? (Rough Trade)
Boasting wrestling chants and odes to the victims of H5N1, an international call to arms and waltzing ballads, Do You Like Rock Music? was the mannered mayhem that many a man had come to expect from ‘eccentrics’ of all pop most widescreen and epic, British Sea Power. But the quartet’s return this year saw them carry that bit more brawn; muscular where once scrawny. An intoxicating mix of the calamitous thrashes that made their debut venture so compelling and the modest orchestral moments of second LP Open Season, the Cumbrian gents’ third album, released at the turn of the year, was one that dispelled any concerns that it might also be a make-or-break record for its makers. A gentle giant of an album, Do You Like Rock Music? solidified their status as an act as brilliant as they are berserk. Samuel Strang
DiS review
MySpace

Video: ‘Waving Flags’, from Do You Like Rock Music? Mystery Jets – Twenty One (Warners)
While the twin singles ‘Young Love’, featuring another of 2008’s emerging talents Laura Marling, and the ubiquitous ‘80s-horned ‘Two Doors Down’ have rather obstructed a clear view of their parent LP, much of Mystery Jets’ second album after their faintly bonkers debut Making Dens is just as loveable, if not more, than its standalone cuts. ‘Half In Love With Elizabeth’ is a delightful tale warning of split affections and the fallout such a predicament can lead to, ‘Hideaway’ is one of 2008’s most-cracking opening numbers, all air-raid sirens and stomping percussion, and ‘Umbrellahead’ sounds like the circus coming to your town in 1865, all sideshow glamour of a very faded variety. It plinks and plonks wonderfully, and suddenly all thoughts of ABC and Aztec Camera are banished from view. And those singles are ace, even after so many plays.
DiS review
MySpace

Video: ‘Young Love, from Twenty One

Four down, four more tomorrow and four the following afternoon. What will the remaining eight be? Place your bets now, why not.