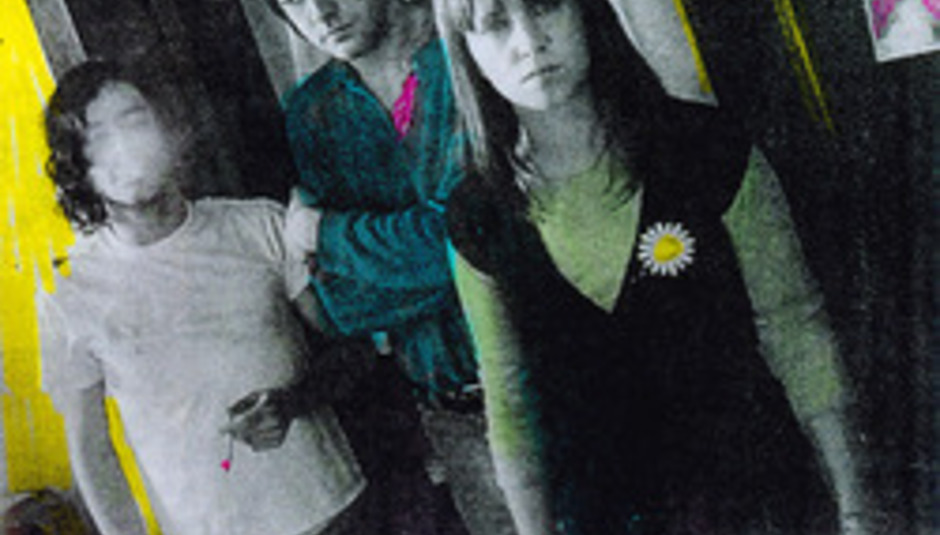 Part three of three, after our previous instalments were met by a combination of surprise and shoulder-shrugging “saw that coming”. Here, DiS presents its final four in our An Essential Dozen series – four albums we’ve gone crazy in love over, that we just won’t stop playing (however much our neighbours complain).

If you’ve missed parts one and two, find them before continuing, why not… Part one is here and part two here.

Enjoy? Destroy? DiScuss? Tell us your favourite albums of the year so far below (or join our DiScussion here). This is what we’ve to offer to the argument…

Wild Beasts could’ve so easily come a critical cropper with their debut album: after a couple of decently received singles, where reviewers were bamboozled by the absurdities on display, a long-player could’ve proved to be too much to take. Lead vocalist Hayden Thorpe’s singular tones offend as many ears as they charm, and while he doesn’t carry every offering here (Tom Fleming contributes too) his is the dominant voice, that which permeates the senses in a manner either delicious or irksome, depending on your tastes. But Limbo, Panto is a success, a beautifully paced, meticulously balanced record of giddy highs and crunching lows, emotional and physical. In ‘The Devil’s Crayon’ they’ve a single that showcases their album at its most accessible, but a cursory listen reveals treats aplenty, and greatly varied. ‘The Club Of Fathomless Love’ tip-toes on circus-hued frivolity, ‘Brave Bulging Buoyant Clairvoyants’ shatters coloured-glass sing-alongs under Hot Chipped bovver boots. From start to finish Limbo, Panto simply delights, and genuinely sounds like no other record you’ll hear this year.

Are they waving or drowning? Both? From under the lapping waves of sludge, Rip It Off’s striding lo-fi canon finds Times New Viking in their prime, their modest pop repertoire coated in the usual rust-ridden jacket, a mask of distortion that’d make Kevin Shields blush. From the same sewer that the so-dubbed ‘shitgaze’ scene rose from, the Ohio trio’s unhinged harmonies, hidden away amidst the chaos, are intoxicating; Adam Elliot’s throaty bawl sat beside Beth Murphy’s potent toxic spill, Nico to his Lou, albeit after a smack session. A haggard triumph, and a glorious racket. Samuel Strang

Having built up an impressive catalogue of solo moments offered up on the typically unsavoury Deerhunter blog, the Atlanta ambi-punks’ prolific lynchpin Bradford Cox went it alone as Atlas Sound and knitted together Let The Blind Lead Those… using spare moments of idle ingenuity. Teetering between the understated miserablism of Beach Boys’ Surf’s Up and the startling dexterity of Adam Forkner’s White Rainbow guise, this debut foray is ambitious as it is ambiguous as its delicate avant-garde tangents plumb bleak adolescent troubles. One of the few people that can try putting the forthcoming Deerhunter record, Microcastle, in the dark, this is mesmerizing melancholy. Samuel Strang

New Zealand’s The Ruby Suns – formed in 2004 after California native Ryan McPhun switched hemispheres – have maybe created the greatest slow-release record of the year to date, as Sea Lion is an album that can lose you first and second time through. It’s distant, a beautiful hum of washed-out vocals delivered in both English and Maori, set to backdrop arrangements that recall Panda Bear’s soundscaped cacophonies at times, more typical folk strums at others. But give it time to take root in your canals and Sea Lion comes alive, vibrantly and all of a sudden – you wonder how you didn’t click with it sooner. Reports of McPhun collaborating with another of 2008’s great new talents, El Guincho, make complete sense, as this is joyous let-yourself-go stuff, music to soak in and spill out. It’s a dance party on an alien beach, tropical rhythms and spine-tingling emotion. It’ll break and mend your heart in the same sitting.

There you have it: a dozen of our favourite albums of 2008 so far, all as good as essential in DiS’s book. If you don’t have them, you should get them… or at least get along to the bands’ MySpace pages for a listen. Hopefully you’ll be as delighted by them as we have been.

Coming tomorrow and Friday: DiS’s tracks of the year so far – deliberately omitting cuts from these twelve albums, as there’s only so much praise an artist can take from DiS before we’re moving in together – and a selection of our dozen offer words on their own records and artists of 2008 so far. Do join us.