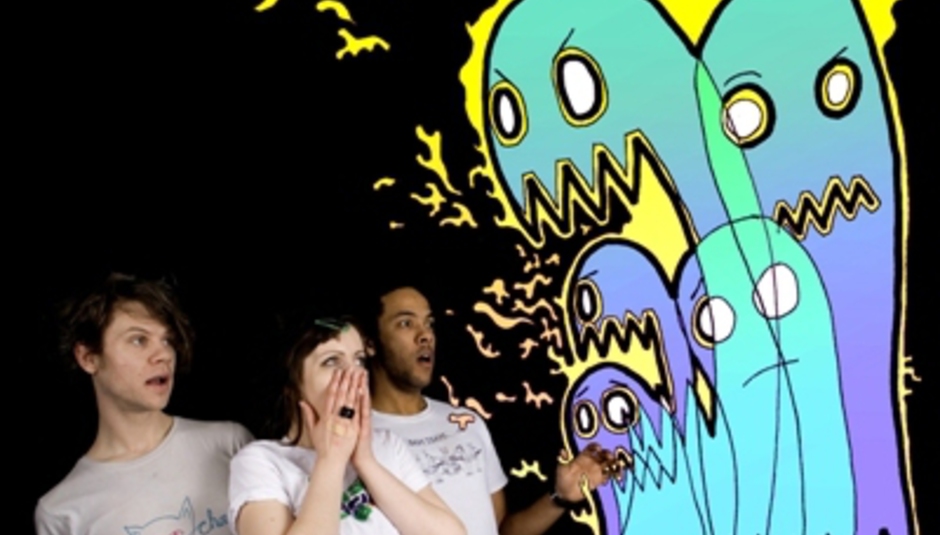 Three of DiS’s core operators list ten of their tracks of the year so far; explain, loosely, why. Simple is as simple does, says the saying, and articles on DiS don’t get much simpler than a list of songs with the odd YouTube link.

Death Cab For Cutie, ‘I Will Possess Your Heart’

The first single from Seth Cohen’s favourite band had to be something special, but nobody could have predicted they would have returned with just shy of eight and a half minutes of throbbing and twinkling wonderment. (YouTube)

Panic at the Disco, ‘That Green Gentleman (Things Have Changed)’

It was courageous of Panic to sidestep everything their debut embodied to put out an album inspired less by the gristle of stadium rock and more by acoustic road trip anthems; the resulting record Pretty. Odd. (review) is a bewildering adventure and tracks like this are joyfully epic, in ways in which you wish The Shins would be.

Video: Panic at the Disco, ‘That Green Gentleman…’

I absolutely adore how divisive this band is and just how punk-rock their spotlight shunning, near-anonymous, 8-bit ZX Spectrum inspired songs can be; this sounds like it could have been lifted as much from the soundtrack to James Pond as it could some late-‘80s euro-pop album. (YouTube)

This cut from Trent Reznor’s second pay-what-you-want record of the year The Slip (review) is a rush of teenage endorphins riding the apex of digitalism and intense sprawling metal.

Determined not be eclipsed by the tabloids’ obsession with their personal lives, the disco ‘n’ blues duo returned with a cluster of crunching and rattling offerings - ‘Sour Cherry’ is like being thrown into some dank squat party and finding beautiful people break dancing and doing magic tricks. (YouTube)

This about as saccharine as proper Swedish pop gets - like a lollipop-sucking Kylie, but it’s the half-awake dreaminess that makes this song so addictive, despite how sweet it is.

Stick this in your hash pipe and smoke it – their latest album might not be Weezer’s finest hour (review) but this single and all the fanfare that surrounds it is both refreshing and fantastic. (YouTube)

These New Puritans, ‘Numerology (aka Numbers)’

Whilst seemingly having their thunder stolen by Foals, TNP’s Beat Pyramid album (review) possessed a tribal art throb too contorted to dance (sensibly) to, but was still cranked out at every indie club worth the attendance fee. (YouTube)

We’ll miss the Cub Scout boys – they split earlier this year – but this Cure cover on their final EP is absolutely superb. Get it from fearandrecords.com now.

Broken Records, ‘If The News Makes You Sad, Don’t Watch It’

Released as a limited-run seven-inch through imprint of utmost taste Young Turks, this tracks finds Edinburgh’s Broken Records at their anthemic best, strings bleeding broken hearts dry over percussion to nod a head to ‘til your neck snaps clean. (Hear a session version on MySpace)

Video: The Notwist, ‘Where In This World’

The Notwist, ‘Where In This World’

The German electro-indie veterans broke their temporary hiatus to return with this gorgeous single earlier this year – a no-brainer Single of the Week, the beats-and-strings piece previewed the band’s The Devil, You + Me LP (review) brilliantly.

An instant-hit highlight from their latest LP Rising Down (review), this tracks finds Philadelphia rap collective The Roots delivering their trademark commentary of society’s ills over some of the slickest and silkiest beats and samples the group have ever concocted – a heavenly slice of headrush hip-hop. (YouTube)

Absurdly busy beats pound the senses silly on this, lifted from Chris Clark’s leaves-you-giddy Turning Dragon LP of January (review) – it’s the dancefloor filler at some underground basement rave no reader (or writer) here is cool enough to gain entry to, bombastic like no track should be, almost literally bruising such is its intensity. (YouTube)

A snake-hipped and moist-loined Nick Cave returned to Bad Seeds releasing ways after his Grinderman diversion of 2007 with an album (review) – bearing the same title as this lead single – that rutted with the sexiest sleaze-rock around while retaining Cave’s superb way with the spoken word; this song’s judder-riffs and marching bassline comprised a great curtain-up for the Bad Seeds’ best LP in years. (YouTube)

The kind of propulsive drone that sucks your synapses up a straw and spits them right back at you, bloody and fucked but weirdly absolutely how you want to feel, Fuck Buttons’ LP-preceding single – released on picture-disc seven-inch by ATP – bore a hole into its audience’s skulls and laid glittering eggs, which later burst into flaming volume of a scale epic enough to pop heads like pea pods.

The flipside to January’s ‘Laughing Man seven-inch, this blast of grunge noise from Nottingham’s Lovvers was pitched perfectly at tweaking the memory banks of those remembering not only when Nirvana were active, but when they properly mattered – it’s absolutely filthy, disgusting of production, but totally pop, and totally brilliant. (YouTube)

A savage, slavering rottweiler of a synth-punk standout amongst the Sheffield kids’ catalogue to date, ‘Beat Rotter’ plays out like two tracks in a battle to the death – one a twee key-led number tip-toeing about all Casiotone like, the other the first material from Converge’s young-pup offspring; somewhere in the middle singer Eva plays both angel and devil, and a thousand should-know-better souls fall in love with destruction. (Hear the track on MySpace)

Other side to Zomby’s ‘Mash’, released on the Hyperdub, this incarnation of the track has Glasgow whippet Rustie adding nauseating bleep to the ceremony. (YouTube)

Stick your hand in the hat; pick out any track from the dub hubbub of Los Angeles (review), it’s all gold. (Hear tracks on MySpace)

Space-age exotica for the Donuts generation from the Canary Islands’ finest loop auteur.

The minimal panache of Villalobos’ lurking beats and the methodical climbs of Harmonia. (YouTube, sort of)

A halfway between Ecstatic Sunshine’s WAY and Echospace and Deepchord’s The Coldest Season; a dose of electronic drone-lite. (Hear tracks on MySpace)

Something to make you strip down to your pants and dance round forgetting that the gut hanging off your hips exists… liquid disco.

Prodigy of Mobb Deep, ‘When I See You’

Hulking bar-brawl brutality from the H.N.I.C.: “It’s gonna be some shit when I see you / good fella nigga but I ‘fenna get evil.” (YouTube)

Dananananaykroyd, ‘The Greater Than Symbol And The Hash’

Can clattering into a Benzodiazepine-addled prophet from Lancaster. (Hear tracks on MySpace)

And some of our favourites on their favourites of 2008 to date, featuring No Age, Wild Beasts and Mystery Jets, here.