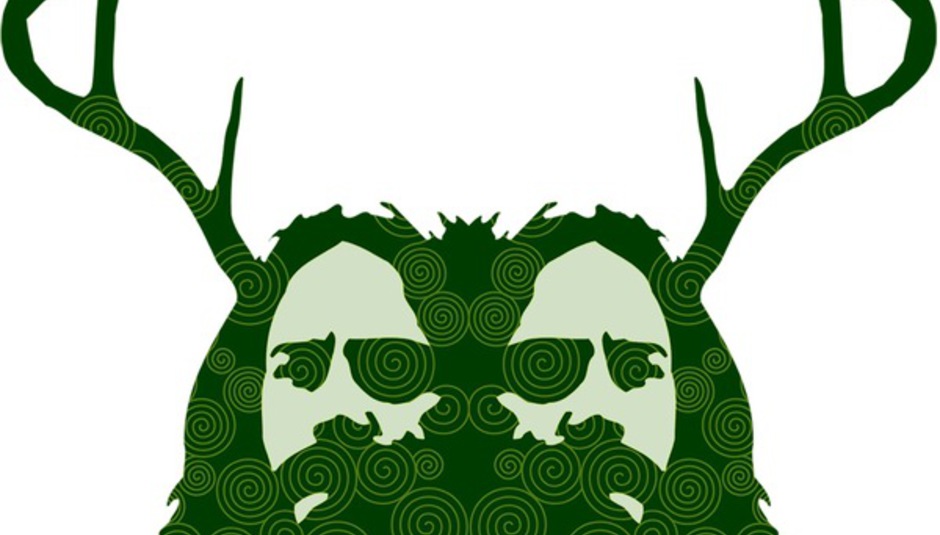 Held on the weekend of August 15-17, the sixth annual Green Man Festival features one of the best bills of any of the summertime weekenders doing the rounds in 2008. DiS is pleased to be on board as a partner of the festival, and is looking forward to making the trip from London to Glanusk Park in the Brecon Beacons, Wales for another year.

The line-up includes heavyweights such as Super Furry Animals, Spiritualized, Badly Drawn Boy and Pentangle, with these mainstream-recognisable acts rubbing shoulders with a superb support bill that features numerous DiS favourites: Fuck Buttons, Black Mountain, The National, Archie Bronson Outfit, School Of Language, Howlin’ Rain, Wild Beasts, Nina Nastasia, Bowerbirds, Mumford & Sons, The War On Drugs, Eugene McGuinness and Los Campesinos!, among many others. Get the full bill on a neat-looking poster, here (a bigger version of what's at the end of this article).

DiS got talking to co-founder Jo Bartlett – also a member of the group It’s Jo & Danny alongside Green Man partner Danny Hagan – to find out more about Green Man. When and how did Green Man first begin?
In our guise as It's Jo and Danny, Danny and I had had rub with a major record company that hadn't worked out. We had moved from London to the Brecon Beacons in Wales and found ourselves at a bit of a loose end - what to do next? We had been used to going to loads of great gigs in London and there wasn't much going on in the mountains!

One night, over a pot of coffee and a 'wouldn't it be great to start a club here' conversation, ideas grew and grew and the idea of a festival came to us. We knew the people that owned Penpont, a stately home down the road, as they'd kindly let us pose in front of it for the cover shot to our Thug's Lounge album. We approached them and they told us of a great little castle we could use (Wales is a great place for castles!). So, the first Green Man was held in 2003 at Craig Y Nos Castle in the Brecon Beacons. A wonderful little castle indeed, and absolutely perfect for our first year. We used the Ball Room for the Main Stage (where James Yorkston, King Creosote, the Memory Band, Fernhill, and yes, It's Jo and Danny all played), the downstairs bar as the Folkey Dokey Stage and also for DJs. They have a Grade 1-listed room at Craig Y Nos; it's a replica of the Drury Lane Theatre in miniature, gold gilt on the walls and a bizarre floor that winds down to make a stage. This is where we had the Cinema and Literature. Anyway, it was a magnificent day. Three-hundred-and-fifty people came, 500 including all the bands and guests. We lost £9.10 and The Times gave it a four-star review. We were up and running.

It's been such an obsession with us - we live it, sleep it, dream it - that we have to remind ourselves to take a step back and realise how big it's become. We've always put our heart and soul into it and are immensely proud that it's become a celebrated event. We get such amazing e-mails from people who've been each year, bands and punters; it makes all the insomnia worth while! Robert Plant actually 'phoned us at home to ask if he could play - that was pretty mind blowing.

How long does it take to get a festival together? Are you already planning 2009’s festival, before 2008’s is over? What’s the process – does it start with a wish list of bands, or in some other way?
We work on the Green Man all year round now - we're already looking at acts for 2009. Yes, it starts with a wish list. There are a few acts we are always after - I'm hoping to cross them off the wish list one day.

You’ve seen the festival market grow in the last six years – is this expansion healthy, or are failed events giving respected ones such as Green Man a bad name? Do you think the next few years will see move festivals come and go, or have would-be organisers learnt their lessons from this summer and last?
I personally think there are too many festivals now. We seemed to have sparked something and the whole scene has exploded over the last few years. We have been copied by corporations and independents alike, which is okay as long as the people who come to festivals don't get ripped off. I'm worried that some people just think running a festival is a way to make money. That's not our attitude.

I know this probably sounds corny, but we're artists. I look upon each Green Man as a work of art. Dang, I've said it, I'll let it stand - I do mean it! And the main way for a festival to work is for all the people who come to have a magical time, that's where the atmosphere comes from. If people feel short changed in anyway, where's the magic? I guess a lot of events will fall by the way side.

Green Man isn’t just about the music, of course – what other attractions await attendees this August?
I'm very excited about the Cinema tent this year. We've got loads of great stuff in there. We've got cult films with live soundtracks, rare musical footage, 16mm cartoons, Q&As with directors and late night 'Para Psychology and Psychedelics'.

There’s lots of Theatre and Comedy in our Green Field on the Solar Powered Milk Float stage - plays written specifically with the Green Man in mind.

Lots of great walkabout and, for the first time this year, The End Up Bar all night by the campfires. We're hoping that some great music will be played in here, as we're encouraging all comers to bring instruments and voices.

But the music does play its part – what acts are you most excited about having on the bill, maybe acts you never thought you’d get, and who will you be dropping everything to catch personally? Do you get much time to enjoy the festival, outside of a work mindset?
We've been after Black Mountain for a few years, and I'm pretty sure they'll raise the roof in the Folkey Dokey tent as headliners on the Friday. Super Furry Animals - it feels very apt they are playing, they've been an inspiration from the start and it feels like a home-coming.

Pentangle will be a very special moment. John Renbourn and Bert Jansch have both played solo sets in previous years. Pentangle have been a huge inspiration, both as musicians and the whole spirit of the festival. Fans such as Devendra Banhart and Joanna Newsom have already played Green Man, so to actually have Pentangle now is wonderful.

Our new band, The Yellow Moon Band, are playing in the Folkey Dokey tent on the Saturday, and of course I'm dead excited about that. We kind of see one or two songs by most people. I'm really looking forward to this year - I have a feeling it's going to be amazing! It is working but a huge pleasure, to be living it after having stared at a computer screen for 360-odd days organising it - I love every minute when I'm there.

What essentials should the Green Man virgin bring to the festival? What would you say to those put off by camping, and mud and bogginess, to convince them that changing their ways for Green Man would be well worth it?
I think to really live the experience fully, staying on site is essential. There's always the campervan option if you're nervous about the weather. Having said that, it's a funny thing, we had rain last year and it seemed that was the point where the festival really took off. It's like everyone agreed, “Okay, this is it,” and the smiles grew and the atmosphere was charged! It would be nice if it was sunny this year, but it's such a beautiful site - the mist on the Sugar Loaf Mountain behind the main stage is well worth a bit of rain to see. It's amazing no matter what the weather does. So I guess bring your flip flops and your wellies!

What festivals – in the UK or overseas – do you regard as being at a ‘peer’ level, perhaps doing similar things for similar reasons? Are there any festivals that you feel have definitely been influenced by Green Man?

Well, we used to go to Glastonbury - that was where we got our first taste of that wonderful sense of freedom that you get at a festival. These days Primavera and Benicassim in Europe are very cool.

Festivals influenced by the Green Man? There are too many to mention! And as for dream headliners - I'm not going to say. Just keep watching… Find the official Green Man Festival website here; DiS’s list of our five must-see acts will be published next week. Attendees wanting to buy DiS a drink at Green Man: find us DJing on Saturday night in the Rumpus Room, around 7pm. See you there!