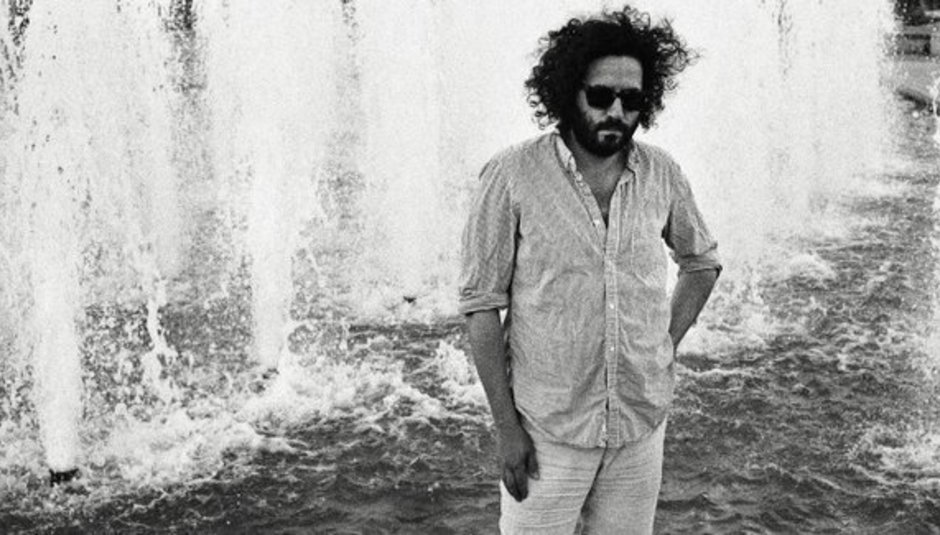 When our staff started voting for their albums of the year, there was one record which seemed like a strong contender for our album of the year. As the top 10 lists continued to pour it, it seemed to be either people's favourite album of the year or it wasn't listed at all. So does that mean it's the outsider's choice for album of the year?

Whilst admittedly this is clearly not quite as "lost" as the rest of this year's other Lost 11 picks (it's at #20 in our year-end list, for starters!), it's an album which doesn't seem to have quite connected, for whatever reasons, with our staff. DiS set John Calvert the task of arguing its case, in which he goes as far as to say it's North America's answer to Let England Shake...

What's in a name? The title of Destroyer's sublime Kaputt, meaning 'lost, dead, not working', is taken from the eponymous book by Italian journalist Curzio Malaparte, documenting the final year in the life the Third Reich (...stay with me!). A “terrifying report from the abyss” the book charted Malaparte's journey through warn-torn Europe, where, in the guise of an Axis propagandist, he was able to record the ultra-decadent lives of the Nazi high command and the horrors they inflicted on the occupied populace, coordinated from the confines of gold-lined apartments in ruined Ukraine. Mad, murderous and rotting with corruption, the Nazi administration Malaparte described was a world of Aryan molls, fine wine and great jars of oysters that, on second glance, contained the eyes of the Jewish slain.

It's as an outsider that the Canadian Dan Bejar infiltrates what he considers a good analogue to Nazi Germany's moribund empire. The indie artist's 10th album finds Bejar deep in the 'abyss', pushing highly encrypted messages down the wire. The word from behind enemy lines? America, the dream of America, is kaputt...lost, dead, not working.

The real genius of his vision, however, lies in the presentation. Bejar relocates his political allegory to the cradle of decline, Reaganite America, appropriating the most triumphalist sections of the decade's soundtrack – the new wave/post-disco/smooth jazz triptych of sophistipop – as a worshipful front to his satire of the era. But also, by grounding Kaputt in the chilling but seductive sounds of wet-look, American Express-pop, Bejar is able to evoke, more intensely, the gluttony, the decadence, the evil of...not the 80s, but present-day America, in its death throes according to Bejar. Had he skewered the evil moneyed using the scruffy Pavement-esque stylings of his past, the result would've have been nearly as as powerful, as downright haunting. This is the dead flag blues. And, in 2011, we fell into it, like a daydream, or a fever.

In his role as mock-propagandist, Bejar has even us convinced, so beautifully realized is the 80's period. Nonetheless, an almost imperceptible undercurrent of disgust holds sway over what initially appears to be a glorious celebration of moral vacuity. The easy soft-pop works like Gatsby's smile, exuding “the quality of eternal reassurance”, behind which Gatsby knew full well the great catastrophe awaiting the 20s leisure classes. Likewise, Bejar simply bides his time, taping his feet to the slow groove of societal collapse, its final Faustian death rattle.... "Our house lies in ruins". The remarkable Kaputt proves once and for all, that it takes more than Moogs and a Dalston postcode to make the lost art-pop classic of the 80s, 20-odd years after the fact.

Undoubtedly, the primary inspiration for Kaputt is Avalon, Roxy Music's listless celebration of affluence and luxury which, nevertheless, coursed with ennuis shame: the imperialist guilt that plagues the leisured and the year-round pleasure-seekers. In an interview with The Quietus, Bejar alluded to Avalon's "Heart of Darkness angle" referring to Joseph Conrad's novel which, somehow predicting the imminent dissolution of the British Empire, depicted 'the horror' at the core of the West's colonial onslaught. It makes for a perfect parallel. However, Bejar also cites Avalon in respect to Bryan Ferry himself, whom on Avalon he compares to a colonial missionary gone native. In his reading of Roxy's 1982 opus, Bejar imagines Ferry as a preacher lost forever in the New World - the island utopia 'Avalon' – with the star going slowly insane in the isolation of paradise, or in other words, in the warping isolation of 80's fame - a new world by any other name in 1982, when fame was a bit like being a god. Throughout Kaputt, with its vague, lost-in-time motion, its halogen-lit air of unreality and its remote disposition, a hollow-eyed Bejar channels something of the vacant madness permeating the decade's super-privileged – industrialists, sporting legends, movie idols, and pop stars like Ferry.

For Conrad, at the heart of darkness was the blood of Africa staining Western hands. But at the heart of Kaputt dwells a West made sterile - tasteless like a cocaine-numb mouth, glazed: the electric-blue America of Less than Zero, the liquid nitrogen soul of free enterprise. Behind its frosted shimmer, and the empty songs that sound like empty souls, resides the same sense of 'Midas-dread' running through Tears for Fears' super-opulent 'Head Over Heals', or A$AP Rocky's unnatural 'Peso', or, most saliently, The Weeknd's House of Balloons. Similarly to Kaputt, the rapper's debut is dreamy but coded with maleficence. A quality which, argues The Guardian's Paul Lester, expressed an "anxiety about pleasure” - the 'penthouse blues'. It's an idea that Girl Talk likes to play on, as he juxtaposing the fatalistic 'Layla' against 'Haterz Everywhere' - B.o.B and Rich Boy's super-elitist coke-rap anthem. The message remains the same across the board: the good times can't last forever, your days are numbered. In a certain respect, Kaputt is North America's answer to Let England Shake. That being, an unassuming bonfire of the vanities, laced with premonitory portent.

The tracks merge like film dissolves, turning the lights out on America one bulb at a time with each languid progression, until, on ambient-boogie closer 'Bay Of Pigs', Bejar shimmies in the darkness of the last disco on earth. “As Apocalypses go / That's pretty good....wouldn't you say?” he asks cheerily. No time to answer. Kaputt.

Drowned in Sound's Albums of the Year...