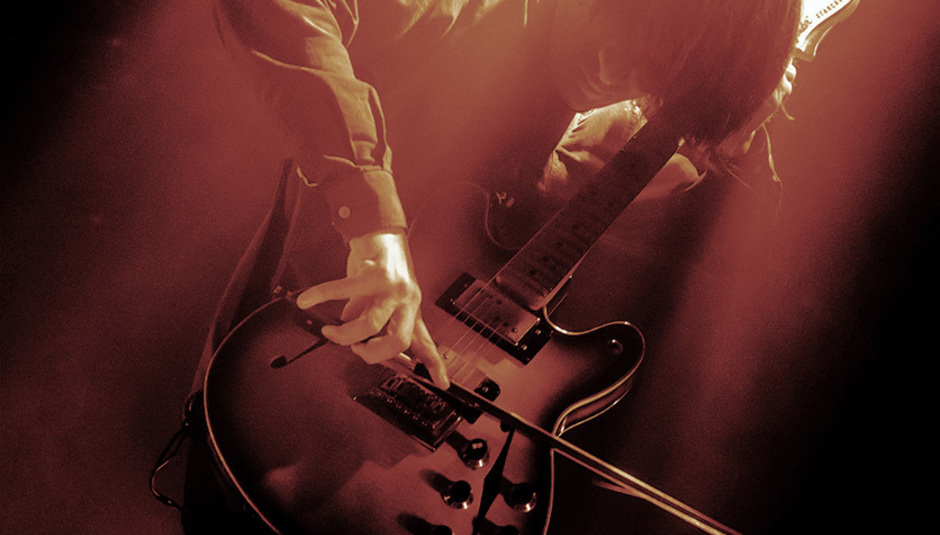 Radiohead are still a very good live band. If that's all you wanted to know, then you can probably stop reading now, as in an effort to differentiate this review from the dozens that have already appeared – thinking outside the box, DiS went two nights later than more or less every other media outlet – I've cranked up the indulgence a bit. (It is Radiohead arf arf etc).

So I did an unusual amount of gawping the crowd during the third and final night of the band’s stand at the Roundhouse, perhaps partly as a result of extreme sobriety (I didn’t want to lose my frankly excellent spot by wandering off to buy a pint). It was interesting: classically fanbases age with bands, or they used to, but despite a couple of pockets of grey hair, the crowd looked disconcertingly as it did at the Birmingham NEC in 1997, my first Radiohead gig, aged 16, now somewhat more than half my life ago. The crowd is studenty, basically, with a decent sprinkling of the sort of shaggy haircutted lads who seem to have been in deep freeze since Knebworth. Some of the latter group seem to disapprove of the pounding half-hour of surprisingly full on electronica from support Holly Herndon, which is somewhat bemusing given that they must have been toddlers when the headliners embraced the avant-garde with Kid A.

I dunno, I guess I thought a 2016 Radiohead audience it might look more like… a theatre crowd? Older, more monied, posher, that sort of thing. Is the young skewed demographic a mark of the band's cutting edge timelessness? Or perhaps instead a sign that the total collapse of alt rock as a commercially viable artform has pretty much left Radiohead as the only band out there that for those that want 'serious' alt rock? ALSO HOW DO THE YOUNG PEOPLE AFFORD THEIR £65 TICKETS???

Er, anyway, Radiohead were bloody good in 1997 and they're bloody good in 2016. If I may dive in with my only real criticism, it’s that the lush, textured songs of new album A Moon Shaped Pool are not all served brilliantly by the band’s live set-up: an immense ‘Burn the Witch’, driven by monstrously cranked bass, is spectacular, and will surely be retained for the band’s imminent summer of festivals. The more electronic tracks – ‘Identikit’, ‘Ful Stop’ – sound murkily awesome, the former a treacle-thick, dubbily majestic fug, the latter marked by Thom Yorke doing that dance of his while waving around what appears to simply be a large portable keyboard. But some of the more ballady numbers lose something in translation, rendered into simple acoustic-led tracks that come across as a bit nuance free and journeyman. Opening with the first five tracks of the new album in order, there’s something a little enervating about the run of ‘Daydreaming’, ‘Decks Dark’ and ‘Desert Island Disk’, though it’s pretty much plain sailing once ‘Ful Stop’ shambles in.

Beyond that: the band are in great form, as they tend to be. They’ve been dogged by a persistent myth that they’re embarrassed by their past, but I’ve never seen any real evidence of it – we don’t get anything off The Bends (though other dates on this tour have, and Paris even got ‘Creep’) but three off OK Computer plus a sultry ‘Talk Show Host’ does us nicely for the Nineties. It’s interesting hearing Radiohead in full-on guitar rock mode in 2016 (we also get ‘Bodysnatchers’ and ‘2 + 2 = 5’): again, they now have so few meaningful peers that the separation between ‘old’ Radiohead and ‘new’ Radiohead feels more blurred than it did, especially when the likes of ‘Bloom’, ‘There There’ and a triumphant one-two of ‘Everything In Its Right Place’ and ‘Idioteque’ feel equally as anthemic as ‘Lucky’ and ‘Paranoid Android’.

Thom is in energetic, good-natured form, cheerily abandoning ‘Give Up the Ghost’ after some audience shenanigans cause him to corpse. The rest of the band are half shrouded in shadow and all have the same haircuts as they did in 1997. The kinetic lightshow is essentially a scaled down version of the one from The King of Limbs area tour and gets surprisingly intense: the thick green illuminations for ‘The Gloaming’ almost feel like you could cut yourself on them.

If the band were feeling super-ambitious, I suppose the logical thing to do would be to return for an arena tour augmented by strings and choir, to try and really nail A Moon Shaped Pool’s subtle textures live. I suspect that would be a bit Spinal Tap for Radiohead, and besides – they have no need to take a risk like that when literally no-one is challenging them to the title of the best band in the world.