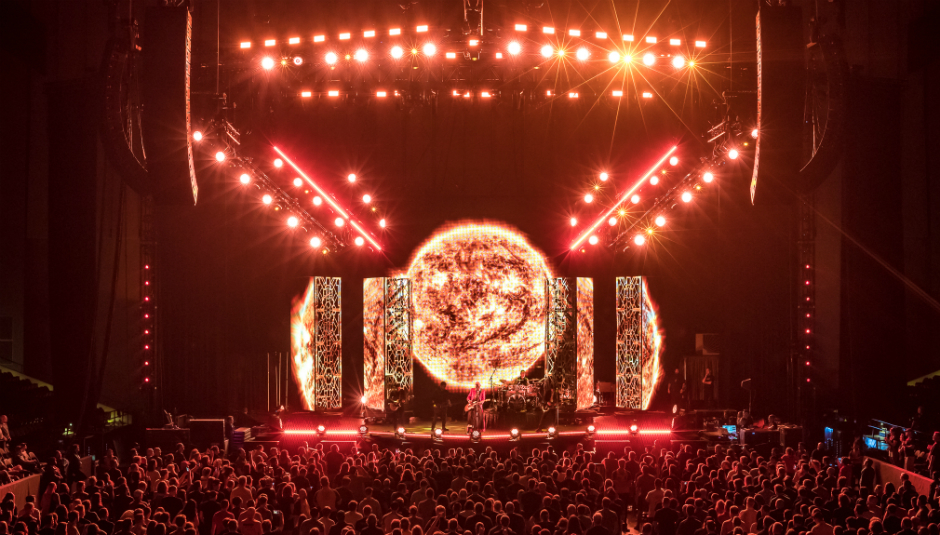 Why 2018 Has Been A Great Year For New Old Music

Why 2018 Has Been A Great Year For New Old Music

It’s been a great year for new old music. In 2018 I spent more time listening to new albums by Manic Street Preachers, Suede, Smashing Pumpkins, Ash, and Damon Albarn than anything else; artists that have been around since the 90s and who are, by absolutely no coincidence whatsoever, my favourite of all time.

It’s also been a great year for new-new music. But then it’s always a good year for new music if you know where to look… what changes is how much you care. Back in July, the streaming service Deezer published the results of a study claiming that, statistically speaking, we stop paying attention to new music at the age of “30 years and six months,” a phenomenon dubbed “musical paralysis”. The study also found that 60% of people admitted to only listening to music they already knew. I’m 37, and I understand where this comes from.

The Manics and Suede et al did not release the best albums of the year. To say so is patently ridiculous: I nominated Blood Orange, Black Foxxes, and Idles for the DiS end-of-year poll, and I stand by those choices as the most creative, interesting and engaging records I heard in 2018. I loved the new Low album, our Album Of The Year, but it’s a challenging listen, one that requires attention and patience and an open mind. You know what doesn’t? Ash’s June 2018 release Islands, a record with plenty of charm in its own right and the added major selling point of sounding exactly like an Ash album. The new Smashing Pumpkins LP isn’t even that good, and I’ve probably listened to it ten times more often than Blood Orange’s Negro Swan, a record which intellectually I’m pretty sure is a masterpiece. If that sounds bonkers it’s because you’re underestimating the power of familiarity.

In the age of Spotify, Apple Music, Bandcamp, and YouTube we can listen to every new release as soon as it’s available, and those of us privileged enough to write about music professionally can often do so before it’s even released. Professional PRs are paid handsomely to wave new music under our noses all day, while social media, adverts, and TV syncs do the rest, and that’s before you’ve even turned a radio on. In our content-rich, short-attention-span world we’re drenched in new music all the time. It’s exhausting. Part of the “musical paralysis” phenomenon is surely the appeal of a familiar voice, a lifebelt to cling to in the endless, faceless sea of new music?

There are certain emotional experiences that are as much about time and place as they are about music and lyrics. Music when you’re 16 is like Christmas when you’re six: Adult Christmases, with their stubborn refusal to hide a mountain bike behind the sofa and gifts delivered by Amazon Prime instead of a jolly, bearded immortal in a sleigh, can only be echoes of a time when you really believed in magic. The music you hear when you’re 36 enters via your ears. When you’re sixteen it goes straight to your heart like the adrenaline shot Uma Thurman gets in Pulp Fiction. Finding an album that makes my heart swell in the way it did when I first heard Siamese Dream is the holy grail for a music critic and I’ll never stop looking, but I’m pretty sure it’s not going to happen again. Humanity's ability to generate a musical masterpiece hasn’t changed, but my brain chemistry has. I’m too cynical now. I’ve seen and heard too much to be stimulated emotionally in such a profound way. That’s why the traces of that original adrenalin shot, diluted in the new releases of old acts, are so alluring.

Obviously, there’s more to these albums than an emotional connection to the youth of the listener. Suede’s The Blue Hour is a stunning record, recognisably the band that released Coming Up and Dog Man Star, but pushing into weirder, grander directions. The Manics’ Resistance Is Futile elegantly explores age and disconnection with the modern world, The Good, The Bad and the Queen’s Merrie Land celebrates and questions Brexit Britain via some of Damon Albarn’s best ever lyrics. They’re all fine releases. Even Smashing Pumpkins’ flawed Shiny & Oh So Bright Vol.1, LP: No Past, No Future, No Sun (by their own admission more a rag-tag collection of unconnected tracks than a real album) has its moments; opening with a string-laden Stax ballad that departs the band’s accepted formula completely. To pin the appeal of these records on nostalgia alone is unfair: Artists still releasing new music after 30 years have survived for a reason, and none of those bands can be accused of riding the retro wave.

That said, familiarity is a hell of a drug. The voices of James Dean Bradfield, Brett Anderson, Billy Corgan, Damon Albarn, and Tim Wheeler, wielding their signature sounds, tug at a direct and powerful bond. I forged my connection to those voices at the same I forged my identity and locked-down my personality. Those voices became the building blocks of my taste, a fundamental part of my genetic makeup. The connection is a powerful and unbreakable one. Why deny it? I love those bands. I always will. That I can still hear those familiar voices explored in new ways is thrilling. We’re all still here, still engaging with each other, and that fact alone is as exciting as it is comforting.

2018 was a great year for new music. Every year is. There are 15-year-olds out there today who feel the same way about A Brief Enquiry Into Online Relationships as I did about The Holy Bible and I hope in 20 years time they still have the same direct line to those feelings as I do to mine. In 2038 I’ll be 57, James and Nicky will be 69, Damon will be 70, Billy and Brett 71. With a bit of luck, we’ll all still be here, bound by those unbreakable ties of melody, excitement, nostalgia, and sound. In the meantime? I’ll meet you in 2019 to discuss the new Weezer album.

A Holy Flower Floating In The Air: Di...