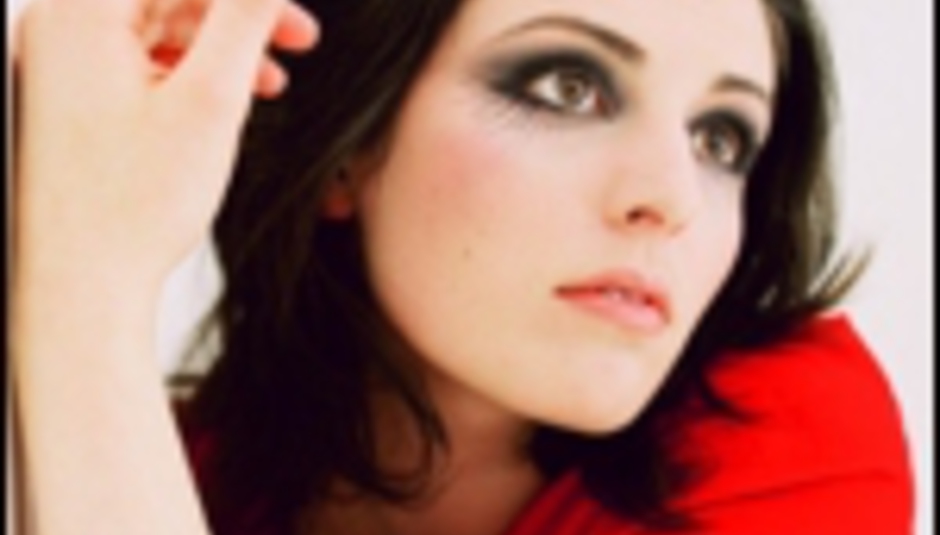 by Sean Adams September 25th, 2003
So, this week Drowned in Sound is three years old...

To celebrate we're going whole hog to introduce you to as many new bands we love in one week as possible. Sadly we've only managed to muster most of this action up in London but coaches are cheap and if you get really stuck and really wanna come down from faaar away, some of our staff and readers have sofas/floors.

Heres your link-loaded guide to birthday happenings, including links to websites and audio. See you next week...

Tues 30th SEPTEMBER 2003 [Monthly Hi-Jack]
@ Club Fandango, Dublin Castle, Camden (clubfandango.co.uk)
Doors: 8pm
Price: £5 / £4 with a flyer.
THE ROBOCOP KRAUS
...formed in Germany in 1998 and have built themselves a bit of a cult reputation from relentless gigging round Europe and Japan. Their abrasive sound has recently drawn lazy comparisons to Radio 4 and The Cure, and their new album 'Living With Other People' is released this month, which even the folks at the NME gave 8/10. This is only their second London gig and the first night of their DiS-sponsored uk tour. ON STAGE AT 10.15PM
Web: therobocopkraus.de / Audio: 'Fashion'
HOOKERS GREEN #1
...are a collective from Aberdeen who've been flooring all and sundry with their three-track demo which is, by turns, haunting, studious, abstract, quaint, scatty, powerful and, quite frankly, amazing. This will be their first London gig. ON STAGE AT 9.30PM
Audio: 'Love Ballad for The Cold Robot'
Web: geocities.com/hookersgreenone
REAGAN
...are the fitting combination of synth-driven old skool Primal Scream and nu school Radiohead. They have supported The Cooper Temple Clause, Kid Galahad, King Prawn, 80's Matchbox B-Line Disaster, and, best of all, Bez. ON STAGE AT 8.45PM
Audio: 'With The Current' / Web: reaganised.com

Weds 1st OCTOBER 2003 [3rd Birthday Party!]
@ The Spitz, E1 (spitz.co.uk)
Doors: 8pm
Price: £6 on the door / £5 advance(+booking fee) BUY TICKETS
CARINA ROUND
...there are some artistes that once they enter your life, you just want more and more. Carina is one of those people who has obsessive fans already. Her debut album 'First Blood Mystery' was criticially acclaimed and compared to Nina Simone, Mazzy Starr, Pj Harvey, and even Gemma Hayes. The new album 'The Disconnection' (out on Dehisce, October 6th), we think sounds more like Cat Power cuddling Jeff Buckley. Carina has established herself as an outstanding live act and we're very excited to have her playing our party.
Audio: n/a / Web: carinaround.co.uk
HOOKERS GREEN #1
...as above. Because they've come down such a long way and we like them a lot, we thought we'd make it worth their while and give 'em two shows.
Audio: 'Love Ballad for The Cold Robot'
Web: geocities.com/hookersgreenone
+ Guest Dj: Ollie from Meanwhile, Back in Communist Russia...

Fri 3rd OCTOBER 2003
@ The Barfly, Camden (Barflyclub.com)
Doors: 8pm
Price: £5 buy tickets
JETPLANE LANDING
...party punk rock from quite possibly the most hardworking band in britian. The tour we're helping to promote is huge. Check 'em out. Audio: 'What the Arguement Has Changed' / Web: jetplanelanding.com
INTENTIONS OF AN ASTEROID
...we'll bet they're probably still riding high off an Evening Session single of the week for their last single which was out on kickass indie and our friends in Bath, Purr Records. Some of the band used to be in Stumble, but not a lot of people know that. They're a spikey, Fierce Panda-type pop-rock band.
Audio: 'The Gospel'
Web: ioaa.co.uk
DISTOPHIA
...the jetplane guys inform us this lot are one of the best new bands in britian, so who are we to disagree? Audio: 'Winifred White'
Web: distophia.com


Sat 4th OCTOBER 2003 [The Loud Alldayer]
@ The Windmill, Brixton (windmillbrixton.co.uk)
Doors: 4pm - Late
Price: £4 (includes free BBQ).
AFTER THE SILENCE
Are the subject of much A&R interest, having only played one London gig in the past. The Sheffield four-piece have been compared to the Cooper Temple Clause without all the crap samples.
Audio: Queen of Troubled Teens / Web: afterthesilence.co.uk
PANDA LOVE UNIT
Young and drunk and from Birmingham, who recently released their debut single on Awkward Records. They're a bit Sonic Youth, a bit Seafood.
Audio: Knowledge Is... / Web: pandaloveunit.tk
YOUR CODENAME IS:MILO packed a recent London gig full of industry and journalists. They're much-liked by 'Rock Sound', despite still being unsigned. They are from Newcastle.
Audio: n/a / Web: yourcodenameismilo.co.uk
GUNNBUNNY are Winnebago Deal's little brothers and are just as noizy as you'd expect. Grrrreat.
Audio: n/a / Web: n/a
C-JAGS
North London three-piece. Formed in early 2003. C-Jags' music is born out of a love for real live music, melody, quintessentially British rock’n’roll and punkrock.
Audio: n/a / Web: n/a

Sun 5th OCTOBER [The Quiet(er) Alldayer]
@ The Windmill, Brixton (windmillbrixton.co.uk)
Doors: 4pm - Late Price: £4 (includes free BBQ)
TRADEMARK
Three males who make songs with synthesizers. Every sound is carefully programmed in their lab & then recorded & placed into its own special space in the song. Perfect vocal melodies are then added to the formula. This is done totally without the use of presets. Onstage: 10pm
Audio: 'Sine Love' / Web: trademark-online.co.uk
AMITYVILLE
The new band fronted by the vocally gifted ex-frontman of Geneva. Kinda like Crazy Horse with added Jonny Greenwood, a hint of 'Mezzanine', topped off with a voice like a ferociously sharp, diamond-studded circular saw that will take your head clean off. Onstage:9pm
Audio: n/a / Web: amityvilleuk.com
*special guests*
When they're not having their photos taken for all the style mags (see 'Dazed And Confused', 'The Face' etc), they are swashbuckling punks who recently came off tour with Electric Six. Onstage:8pm
THE AFTERNOONS
Welsh septet who have a new album out which is a mini Super Furry Animals-meets-powerpop classic. Onstage: 7pm
Audio: n/a / Web: dockrad.com
SHIP'S A GOING DOWN
New instrumental post-rock combo from Essex, tipped for big things by their peers. Onstage:6pm
AIRPORT GIRL
Influences range from the Scottish pop of Belle & Sebastian and The Pastels to the American flavours of Jonathan Richman and Pavement, with an added dose of The Go-Betweens. Onstage: 5pm Audio: n/a / Web: airportgirl.com
Guest DJs: JOHNNY BOY
..a duo recently signed to Mercury Records, who you will be hearing a lot more of in future.