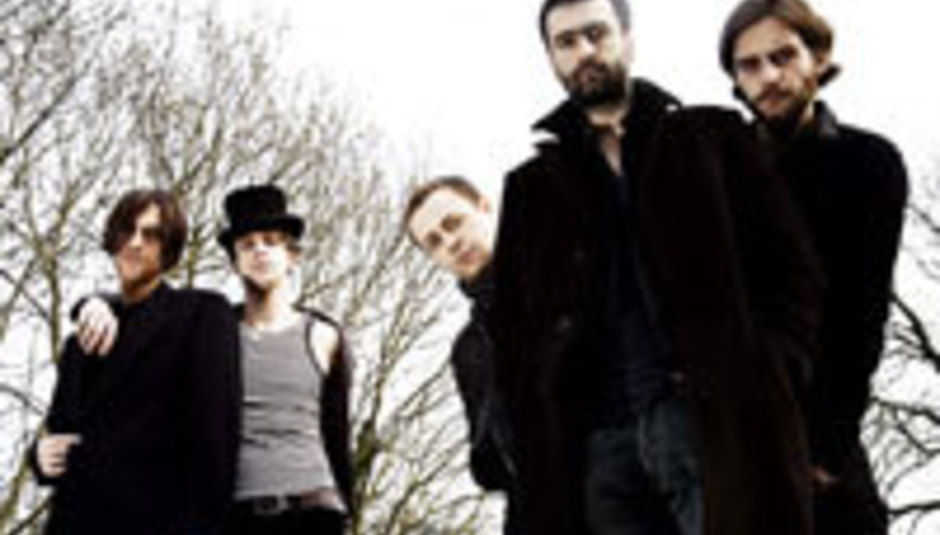 The Cooper Temple Clause: "We had to reinvent the wheel"

The Cooper Temple Clause: "We had to reinvent the wheel"

It's odd writing about a band you've grown up with. In my early years of music geekdom, moving out of the Manic Street Preachers obsession was never going to be easy, but I always craved something a little more... current? No, I'm not sure current was the correct description; I just think that I resented the fact that This Is My Truth, Tell Me Yours was, on the whole, a pile of toss.

Happily, I did the whole 'support the local scene' thing and caught late 90s/early 00s underground nearly-grunge 'heroes' Thirst at Southampton's dirty gem, the Joiners. That particular night, however, didn't end in eventual regret at attempts to get served, or even being stuck at the wrong end of Solent with no way of returning to Portsmouth. I left with a new band to love and collect, to stalk and savour.

Fast-forward nearly six years and we're both older and most-certainly wiser, we've both suffered periods of disillusionment, success, unhappiness and confusion, but we're both sitting here today with a renewed sense of positivity, ready to take on the world. Whilst my personal positivity and drive will affect few, the magnificent return of The Cooper Temple Clause has the potential to touch many.

"We had to reinvent the wheel," begins guitarist Dan Fisher, "spend more time on the songwriting. The experimentation comes naturally to us - it's the sort of band we are. More about getting the best from the tracks we'd written, than letting everything end in a wig-out. It's definitely more immediate."

For a band that has an array of effects and samplers to make the staff at your local Korg dealer cry with lust, the decision to let this album run off guitars and pianos may come as a surprise. "It's still eclectic," Fisher continues, "but there's a lot of connotations that come with labeling it as 'mature', but I'd have to say that yes, it probably is. It definitely reflects the past couple of years and everything we've been through to get this made. We're proud of this baby."

They've every right to be. Make This Your Own speaks for itself: the songs feel more like songs and have, for the first time in the band's career (with the exception of early song 'Sister Soul'), the power to affect you emotionally from the outset.

As we speak, drummer Jon Harper is next to me, cutting stencils for the spray-painted sleeves of new single 'Damage', being sold on the tour the band embark upon in a week's time.

"We're looking forward to it," says Harper. "We did a couple of shows in Switzerland, Austria and Italy. Switzerland is one of the most rock n' roll countries we've ever been to. Seriously. We tried some of the new stuff on those dates and it went down really well, which means we're looking forward to these UK dates even more. We've got a bit of a back-catalogue now, so we've got a nice diverse set to choose from."

He laughs: "It almost feels like we're a proper band!"

Following the departure of bassist Didz Hammond many speculated upon the implosion of the band, but it seems to have pumped a new life into the Coopers - there's a renewed sense of why they're doing what they're doing.

"We feel a tighter unit. Five people can gel better than six. That's not to say it's been easy though; everyone has had to raise their game, take on new challenges. Kieran [keyboardist] is now playing bass on a few tracks live as well. He's been sat behind a keyboard for five years, so as you can imagine, we've stepped up the instrument-swapping acrobatics as well."

Of course, to begin with, Didz leaving the band was far from expected. "It was gutting," says Fisher. "We didn't see it coming, but that's perhaps part of the problem. We were doing a lot writing and recording from the album, either in Reading or the Westcountry. It got really tough for Didz, with his family. To come to the studio was a six-hour round trip, whereas London was half-an-hour each way - that's another five hours to spend with your family. In our struggle to get the album done, we maybe weren't there for him as much as we should have been."

Fisher is keen to stress the amicable nature of the split, adding that they still talk and are friends: "The biggest thing was whether or not we got a new band member. We spent some time with Dan Austin [producer] playing bass in America. We wanted Dan to do it, but he's got a really exciting career as a producer ahead of him and we wouldn't want him to be taken away from that. It would have been strange to welcome someone else into the family. We wanted to give it a shot."

Regardless of your opinion on The Cooper Temple Clause, their resolve to complete their album, their renewed positivity and the widespread anticipation of the new album, despite their lengthy absence, has to be admired.

I'll nod to my past and smile fondly, but it's the future where things are always much more exciting...