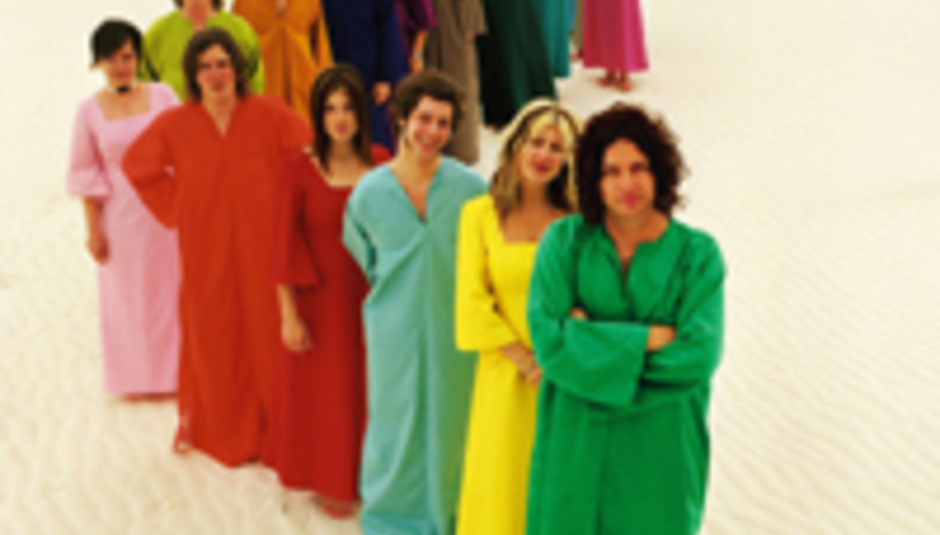 The Polyphonic Spree 'do' Nirvana on new EP

Many-legged smock-sporting collective The Polyphonic Spree are to release a new EP Stateside next month, featuring a Nirvana cover.

The five-track release, Wait, sees the band tackling the Cobain-penned 'Lithium', originally on Nirvana's 1991 breakthrough LP Nevermind. The tracks 'Mental Cabaret' and 'I'm Calling' are previously unreleased, while the remaining songs - 'Love My Way' and 'Sonic Bloom' - are covers of The Psychedelic Furs and Tripping Daisy respectively.

The band's next album, The Fragile Army, will be released next year. In the meantime, the Wait EP is released on September 5.