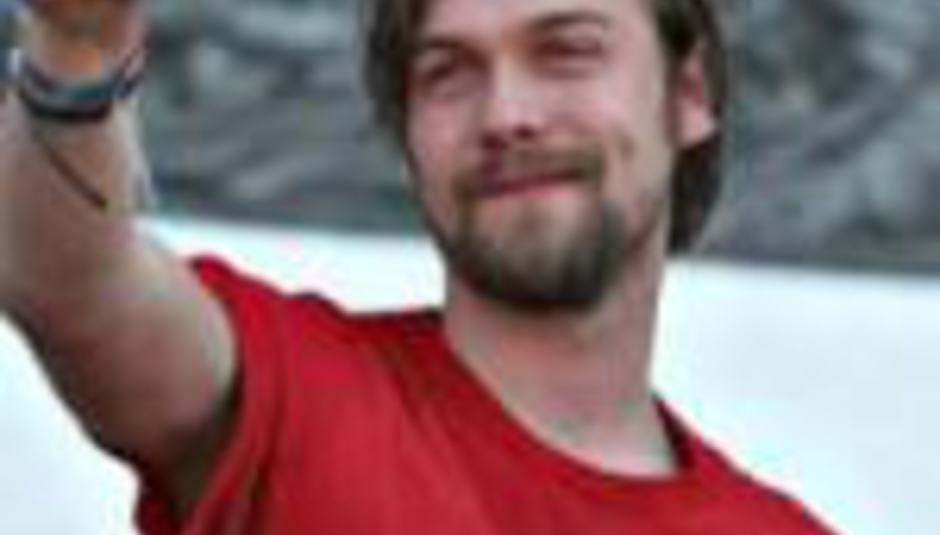 Kasabian: "Emo is dead in my eyes."

MTV News have reported Kasabian's verdict on all things emo: it's dead, apparently.

'Singer' Tom Meighan - LAAA LAAA LAAAAA LAAA LAAAAAAA - said that he couldn't see how such music could make kids happy, and keep them positive about life, and stuff.

Says the man with the big gob and small brain:

"I keep hearing how emo music is bringing kids together and that it's got these positive messages and all that, but if it's damaging teenagers and if it's making them depressed, how can that be a good thing? All it causes is moaning teenagers. There's nothing positive from it. People tell me it's doing something for the kids, but all it's doing is making them moan all the time.

"It may upset people, but emo is dead in my eyes. Fuck emo. Just enjoy the world. Teenagers are better than that, man. I want to tell them to be positive about life. You've been brought up well by your parents, so don't sit around in your bedroom cutting your wrists. Grow up."

Really, words fail me. Somewhere in Britain, right now, a fan of My Chemical Romance is self-harming. Of course they are, and it's all the music's fault. And the way to stop this is to be told to grow up. And listen to Kasabian, presumably. (We guess Meighan never read this article, where MCR singer Gerard Way talks about how fans stop self-harming after getting into his band.)

Tsk, Meighan: first you call your shitty second album Empire, and then you wax lyrical about a subject you're clearly out of touch with, like some Daily Mail reader ranting to nobody at all on a single-decker bus cruising the neat 'n' tidy roads of some white middle-class village in the Home Counties. Fuck emo? Fuck off.

Perhaps next week we should hold an Empire amnesty. Anyone who foolishly parted with hard-earned cash for this record can come to DiS, and we'll give them anything else in exchange for smashing it before their eyes. We've got a water cooler - you can have an empty bottle from it. Holds over eighteen litres! That's fairly fresh.