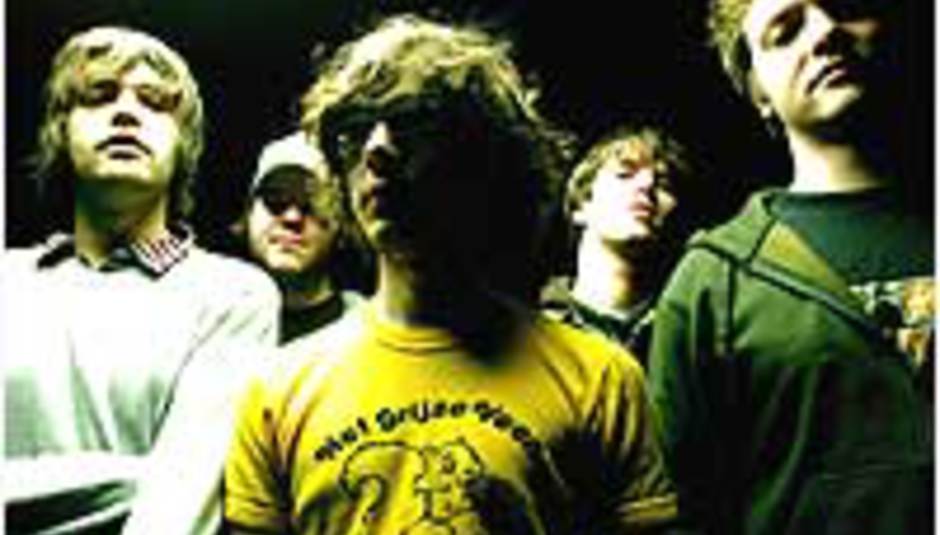 Yourcodenameis:milo are to release a collaborations album, entitled Print Is Dead Vol. 1, this November.

Probably best known for the fist-pounding musical skirmish which was All Roads to Fault back in 2004, the Newcastle quintet have rounded up eleven special guests including Tom Vek, Hot Club De Paris and Get Cape. Wear Cape. Fly amongst others. Says frontman Paul Mullen on the official press release:

"We were sitting around one night and thought, we have this great space for making music, let's use it... Within the band our influences are ridiculously wide - from Regina Spektor to Mastodon - so we sent out an e-mail to some bands we'd made friends with on our travels inviting them to take part, and it just snowballed from there."

"We'd play around with ideas off the top of our head, then have some food and booze and discuss it. Then in the evening we'd record and mix, limiting ourselves to do each song in about fourteen hours. That way you avoid being too precious about the fine details and it becomes a true collaborative effort."

Print Is Dead Vol. 1 is released through V2 on November 6, and is available to preview in full on the YCI:M MySpace, here. The band's second full studio album - the follow-up to 2005's Ignoto - is scheduled for release early 2007.