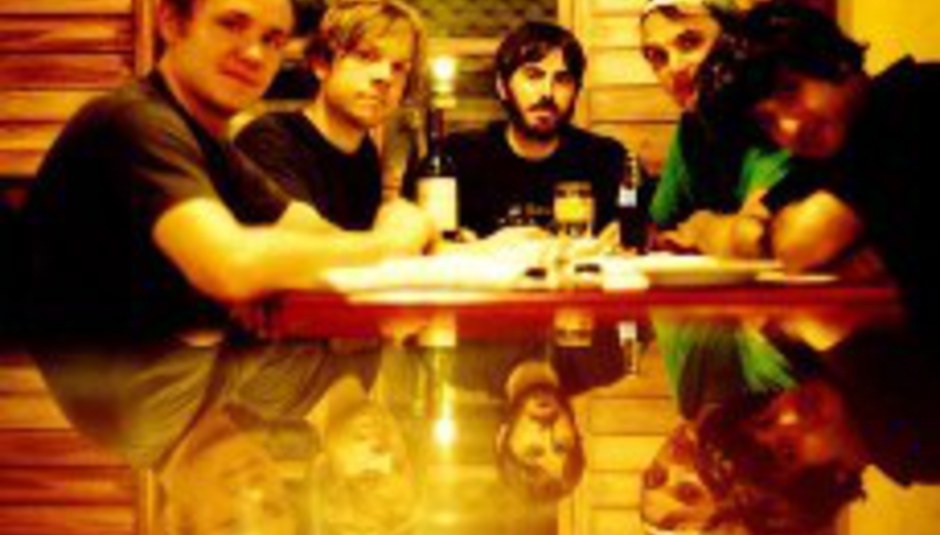 Texas-based post-rockers of interstellar scope and volcanic bombast Explosions In The Sky have finished recording their new album, their fourth in all.

The band posted the following on their MySpace blog:

We're happy to report that we've finished recording our next album. We recorded in Minnesota at a studio called Pachyderm, a place surrounded by 50 acres of wilderness and snakes and ghost stories. We had a bonfire, cooked cheeseburgers on the grill, went for hikes and made a trip to the Mall of America (or Mall Like Any Other Mall Except Bigger). And of course we played some new music. It's taken us a while but we're extremely excited with the results. We can't say for certain when the album will come out, but it looks like it will be late February or early March. We'll let you know as soon as we find out.

After recording, we drove to New York City and played a show as part of the Temporary Residence Tenth Anniversary weekend. Jeremy, if you read this, we're proud of you and we love you. Also, a couple of weeks ago we played at the Austin City Limits Festival. If you braved the heat and oppressive rush of bodies to come see us, then we love you, too. For us it was one of those shows where we might have played well or we might have been abysmal - we literally have no idea. Thankfully we had a nighttime slot, and it was interesting to hear Willie Nelson between our songs. That helped to alleviate some of our terror.

There are a few shows coming up. All of them are in California (San Fransisco, Los Angeles, and Pomona) and you can find out more about them on the 'shows' page (link). Middle America, we know we've been showing an apparent love for the coasts these past couple of years but we will see you early in 2007. As for Europe, Asia, and Australia... we will be visiting you as well in 2007. And hopefully some other places (Mexico, South America), too.