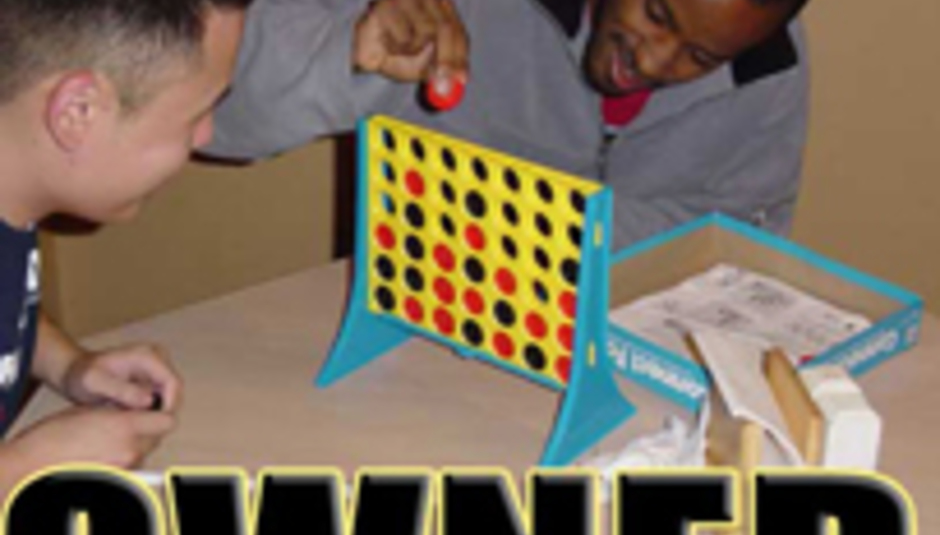 They say time heals and things have certainly lightened up since the last time we heard from Kanye West, just after the death of his mother Donda.

Seems Kanye’s been using the time to reflect over games of everyone’s favourite party puzzle Connect Four. I urge you to buy it, perhaps from here.

“When I was in Europe I would play this game for hours and hours... it helped me zone out. Everybody would get envolved... Derrick Dudley (Common's manager) and Consequence were the best other than me... I beat Lexi... Don C beat Jay... Tony Williams beat Common... but every now and then people would speak of this legendary connect 4 champion........... BEYONCE!!! “I had 2 play her!...so last night at Jay's new 40/40 club in Las Vegas (which is sidebar, crazy big w/ 24krt gold flooring, Black Jack tables, $500 slot machines,the biggest projection screen in the universe and the best turkey burgers I've ever had in my life) she beat me 9 times in a row! (and I didn't even spaz lol) here's a photo of the only game I won!” Tense stuff, though not quite as tense as the time I handed Jeremy Warmsley’s tortured, throbbing Connect Four synapse to him on a silver platter. Yeah. Brap.