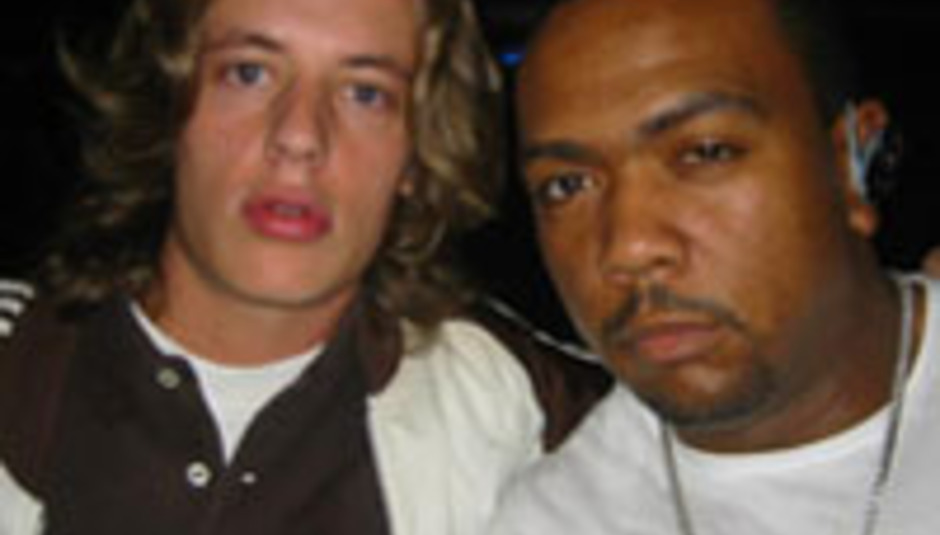 It seems it’s easy to rebel against your parents when your dad is a quasi-racist, pauper-baiting politician. French President Nicolas Sarkozy, the baiter in question, will be somewhat uncomfortable, you’d imagine, at reports today confirming his son Mosey’s an aspiring hip-hop producer.

Mosey Sarkozy, pictured right with Timbaland and son of the man who famously poured scorn on the ‘racaille’ (translated by the Times as “layabouts”) of Paris’s banlieues and who’s called for the prosecution of French rappers at various times in his past, has been working on beats for some of the French premier’s most decried targets.

Sarkozy Jr. has, apparently, been at work among the capital’s hip-hop community for years, during which time dad has risen to prominence from the government interior and encouraged his son to shave off his dreadlocks.

The hair may’ve gone, but the spirit remains strong in young Mosey. Rapper Poison, “one of the angriest minstrels from the Paris banlieue ghettos”, according to the Times, recalls how he met the young producer.

"The guy brought me some music. He does good shit. I didn't know at the start that it was the son of Sarko. When I found out, I blew a fuse and phoned him.

“He said 'Yeah, but Poison, I didn't wanna tell you 'cos you wouldn't wanna hang out wid me no more',” continues the text, translated by the paper of record into ‘English’ from a French radio interview. “I told him, hey, no problem. You never done me wrong. We'll bust nobody's balls, we'll just do good stuff."