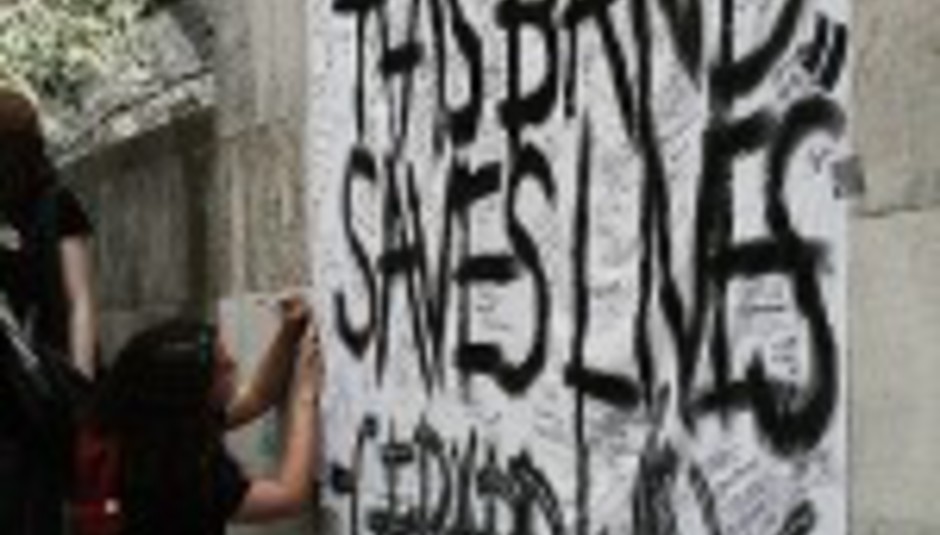 The Daily Mail (who recently ran the somewhat sensationalist headlines Why no child is safe from the sinister cult of emo and Girl, 13, hangs herself after becoming obsessed with Emo 'suicide cult' rock band) have reacted to today's demonstration by My Chemical Romance fans.

_"The Daily Mail’s coverage of the 'Emo' movement has been balanced, restrained and above all, in the public interest. Genuine concerns were raised at the inquest earlier this month on 13 year old emo follower Hannah Bond who had been self-harming and then tragically killed herself.

"In common with other newspapers we ran an accurate news story recording the Coroner's remarks and the parents' comments. We also published two other articles, one of which explained the background to the Hannah tragedy in calm and un-sensational language.

"The other was a first person opinion piece by a well-known writer, written from the perspective of a mother concerned for her children. We have also run two prominent page lead letters from an emo music fan and from a fan of My Chemical Romance defending their point of view.

"Our music critic admires the music of the band and publicised the band’s UK tour last year. Since this protest was announced a great deal of misinformation has appeared on the internet, much of which confuses what the Daily Mail has actually published with the comments of website readers and 'blogs' over which we have no control and which have stirred up emotions.

"We note it has been pointed out by others that all this provides wonderful publicity for Warners and their impending release of My Chemical Romance's latest album.

"The Daily Mail is a broad church and is always ready to listen to the views of readers. We do, however, suggest those who want to protest or comment read everything we have published and act on fact not rumour."_

To hear the fans point of view visit ThrashHits.com.