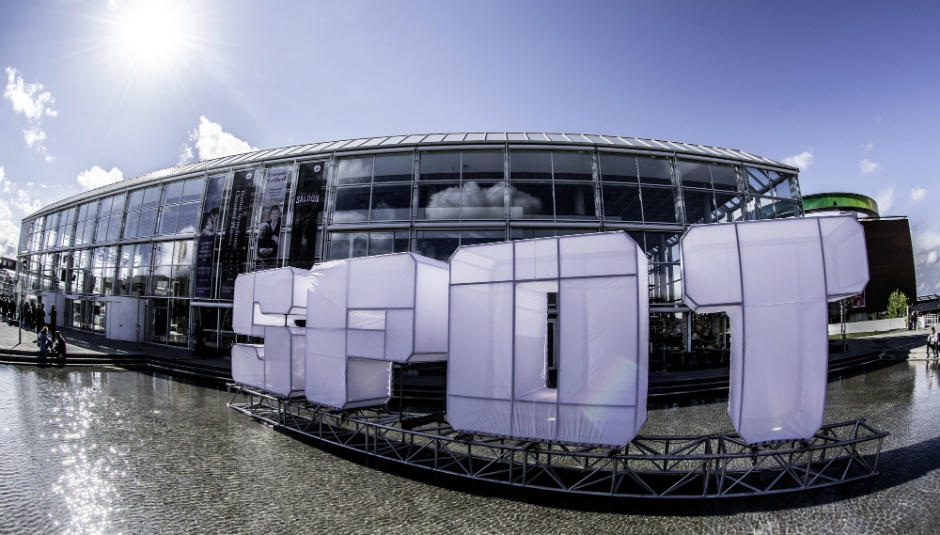 May being the month of showcase events, DiS headed over to the city of Aarhus in Denmark for SPOT Festival. Celebrating its 25th anniversary this year, SPOT has firmly established itself as one of the leading events of its kind. Attracting a global audience of fans and delegates along with an array of the best musical talent Scandinavia has to offer, it’s become known as the Nordic South By Southwest for a good reason.

Taking place across numerous venues in and around the city over the first weekend in May, we found ourselves veering off the beaten track in search of hidden gems as well as focusing on the more traditional venues. Such exploration led us to a recording studio, a bowling alley, a late night cabaret bar, a gazebo on the market square, and the city’s dockland area (several times), formerly home to its industrial heartland.

With such a diverse selection of artists to choose from and less than forty-eight hours in which to do so, here are eleven of the best acts we saw over the course of the weekend. 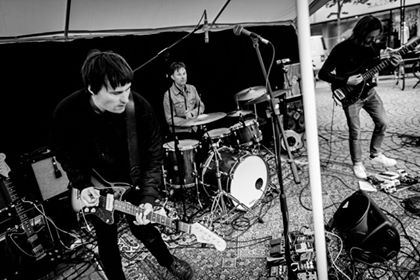 Aage Hedensted Kinch has been a mainstay of the Danish underground music scene for a number of years now having played in numerous bands and been a go-to person for overseas touring acts looking for shows. However, his current outfit Catch The Breeze might just be his finest outlet to date.

Playing in a tiny gazebo at the Klosterport on the city’s market square, his band make an incendiary racket that brings curious passers-by to the front of its entrance (there is no stage as such) in droves, including two highly intoxicated characters that threaten to steal the show courtesy of the Bez style dance moves they throw throughout the set.

As the name suggests, Catch The Breeze make a beautiful noise that sits between classic early 90s shoegaze and the more recent Krautrock-infused spate of neo-psychedelia that’s had a resurgence in recent years. Playing a set of material almost exclusively taken from last year’s excellent Glow, they’re an early revelation that sets the scene (and indeed, the standard) for the next two days.

Collider are a very interesting band, not least due to the fact their music is so spontaneous and makes them impossible to compartmentalize or categorise. Musically they’re like the centre point of an axis created by My Bloody Valentine, The Raincoats and Jethro Tull, as unimaginable as that may seem. Hailing from Copenhagen, the four-piece have worked and played with Thurston Moore and that tutelage has served them well if their forty-five minutes long set is anything to go by.

Woozy, reverb-laden guitars fill the mix while Marie Nyhus Janssen and Troels Damgaard-Christensen’s swooning harmonies have an air of Bilinda Butcher and Kevin Shields about them. However, proceedings take an unexpected discourse when Janssen whips out the saxophone and flute at regular intervals to create post-punk, jazz-tinged odysseys. Suitably aided and abetted by the taut rhythm section of Mikkel Trojborg Fink and Johan Polder, their sense of unpredictability is what makes them such a breath of fresh air and ultimately, captivating outfit.

Oslo based trio Dark Times have been around for the best part of a decade and yet, as with many of the band’s visceral contemporaries, now seems the right time more than ever for the world to hear their wares.

Having put out their first recordings in 2011 before releasing debut LP Give three years later, it’s been an uphill struggle for one of Norway’s most outspoken, feminist punk bands. Nevertheless, 2018’s excellent follow-up Tell Me What You Need – released on Norwegian independent Sheep Chase Records – has undoubtedly put them on the map, and deservedly so, as both their performances at SPOT evidently highlight.

DiS was particularly impressed by their mid-afternoon slot for Tapetown at Lydhavnen recording studios near the city’s docklands. Blasting through ten songs in just under half an hour, we’re suitably reminded of Bikini Kill, Action Pact, Dirt and Vice Squad in equal measures. 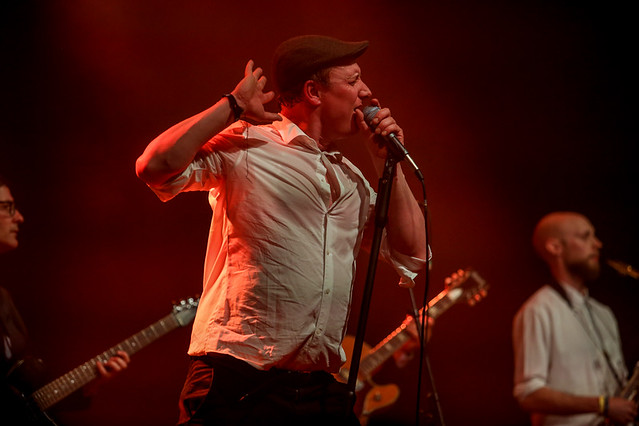 We’ve been long-standing fans of D/Troit and in particular, their label Crunchy Frog Recordings for a number of years now. 2019 also marks the 25th anniversary of the label’s existence and having been a pivotal heart of Denmark’s independent music scene, it’s heartwarming to see so many people turn out for their birthday afterparty at Sway.

Imagine a collaboration between The Blues Brothers and Searching For The Young Soul Rebels era Dexy’s Midnight Runners and you’re somewhere near D/Troit’s ballpark. Funk driven blues and soul are the names of the game here, and their high energy set understandably fills the dancefloor and indeed part of the stage too.

Energetic frontman Toke Bo Nisted is a focal point, his soulful voice and exquisite dance moves rightly earning the plaudits, while drummer Stefan Cannerslund Andersen is a machine of sorts, keeping time throughout the band’s set and more often than not, becomes the driving force in each of their ten, deftly delivered numbers.

Stockholm based singer-songwriter Linn Koch-Emmery might just be the finest Swedish musical export this decade. You may remember Linn’s twin sister Lea from the vastly underrated Kid Wave, formerly signed to Heavenly Recordings. Linn’s musical lineage is of a similar trajectory but aims even more directly for the jugular, which is just the tonic on this cold and windy Saturday night.

Playing a nine-song set of no-nonsense indie rock that’s partially indebted to the golden age of Creation Records and 4AD – we pick out a couple of glorious moments in ‘Forever Sounds’ and ‘Waves’ for instance that remind us of Teenage Fanclub and The Breeders respectively – but has both eyes firmly fixated on the future. She’s another revelation that will surely become a household name over the coming months.

When things go wrong they go spectacularly wrong, as was the case with Mankind earlier in the day. Travelling from their native Stockholm by road in singer Arthur Onion’s car, it breaks down en route leaving bass player Fredrik Diffner stranded in the process. Most bands would have just given up at that point yet instead of feeling sorry for themselves, Mankind borrowed a friend’s vehicle and arrived at SPOT slightly later than scheduled.

Which, as it happens, turned out to be the best thing they could possibly do. Despite being bassless, their Saturday teatime set at Lydhavnen as part of the Tapetown Sessions was delivered impeccably considering it was mostly improvised around what they could play being a member down.

Frontman Onion has an air of Mac DeMarco or Ty Segall about him, particularly in his vocal delivery while songs like ‘Ghost’ and ‘My Luck Will Change’ convey a playfulness reminiscent of Deerhunter or Room On Fireera Strokes, which explains why producer Gordon Raphael is so keen to work with them.

Having emerged from the same garage punk scene as Yung (whose Mikkel Silkjaer Holm plays drums with them this evening), Tears make an unholy racket that’s frenetic yet also gratifyingly endearing in its execution.

Regulars on the Aarhus circuit for a number of years now, Tears is essentially the brainchild of Jeppe Gronbaek, a musical chameleon of sorts whose output ranges from furious post-punk to melancholic guitar ballads, sometimes during the same couplet.

Unsurprisingly playing to a large crowd as part of the Shordwood Records event at Knud’s Kiosk in the heart of Aarhus’ docklands area, even the arrival of snow (YES SNOW! IN MAY!) throughout their set doesn’t deter the raucous excitement both on and off stage as band and crowdsurfers brave the weather conditions over yonder to engage in the time of their lives.

Kim Munk is something of a local legend around these parts, having formed The Broken Beats twenty years ago. Over that time, they’ve also had almost as many members as The Fall, with a staggering 56 musicians having passed through their ranks since 1999!

They’ve also put out six albums and constantly toured around Europe while Munk has written musical pieces for theatre, film, and fellow artists as well as playing in any number of other bands on the side. So it shouldn’t come as too much of a surprise that he’s a bit of a perfectionist when it comes to combining his music with live performance.

Which serves us well for this intimate MTV curated show in the extremely plush Scandic Hotel. Having recently signed to Target Records with four single releases planned for later this year, The Broken Beats’ set combined old and new material that reminded us of Pulp, The Divine Comedy, or even Scott Walker at his most sophisticated. 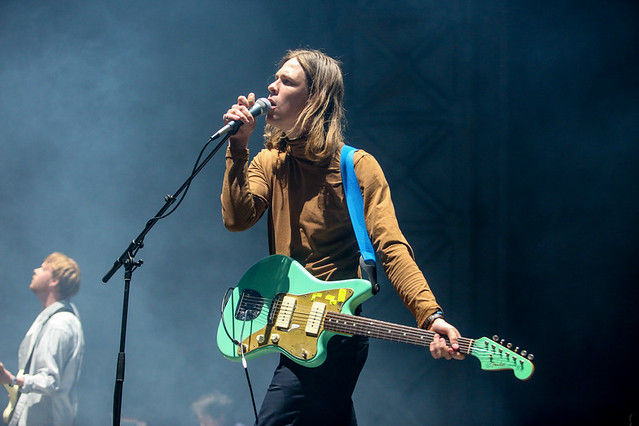 Having first witnessed The Entrepreneurs, a Copenhagen-based trio, at 2016’s Roskilde Festival, it’s heartening to see how far they’ve progressed in the three years since. While the rough and ready elements that stood out during that Roskilde performance remain an omnipresent feature of the band’s make-up, they’ve added a polished sheen that should stand them in good stead for their inevitable sojourn into international territories.

February’s ace debut LP Noise & Romance fully encapsulated their nascent fusion of elegant songwriting and experimental noise rock, but it’s in a live setting where everything really clicks. Playing in a seated auditorium might not seem like the ideal setting, particularly when the aversion is to stand up and throw one’s self around like a loon from the off, yet there’s something quite beguiling about these surroundings. Not least because they’re undoubtedly a sign of things to come, for on this form, The Entrepreneurs trajectory can only lead one way and that is upwards.

A simply majestic performance from one of Denmark’s finest bands.

The word “potential” is often overused when it comes to art and music, but in this case, it merely illustrates the tip of the iceberg. Initially a duo comprised of Robert Jancevich (vocals and guitar) and Ragnard Gudmunds (drums), the addition of Charlotte Mortensen on bass two months has added a whole new dimension to what Twin Dive describe as their “cosmopolitan rock and roll” sound.

Playing the Klosterport on Friday afternoon, their set also coincides with a torrential downpour, yet that doesn’t deter a stream of punters and onlookers from staying put until the bitter end. Musically, their output veers between Band Of Skulls and The Kills territory to heavier moments when we’re reminded of Smashing Pumpkins or Screaming Trees.

Recent single ‘Joy Will Follow’ understandably receives a hero’s reception, but with more 45s set to follow throughout the course of the year, we’re predicting big things for this Aarhus-based trio in the none distant future.

Formerly known as Zeroine, this duo – now going by ZRN – have been on our radar for a long time. Ever since 2014’s excellent ‘Animous’ single in fact, so it’s been a long wait to finally get to witness them in the flesh.

Playing an experimental noise set this evening, Stine Beck and Christian Sindling Soendegaard’s potent mix of drones, electronic beats, and fuzz pedal infused guitar proves a laconic cocktail for those who’ve veered off the beaten track to witness their performance at the tiny Studio 02K on Sydhavnen in the city’s docklands.

People sit on the floor cross-legged while shards of noise build then eclipse around them. It’s a dazzling sonic melange so aptly fitting for this kind of setting. Let’s hope another five years don’t pass before we meet again.

SPOT Festival takes place early every May, in Aarhus, Denmark. For more information about the festival, including dates and tickets for the 2020 edition, please visit their official website.