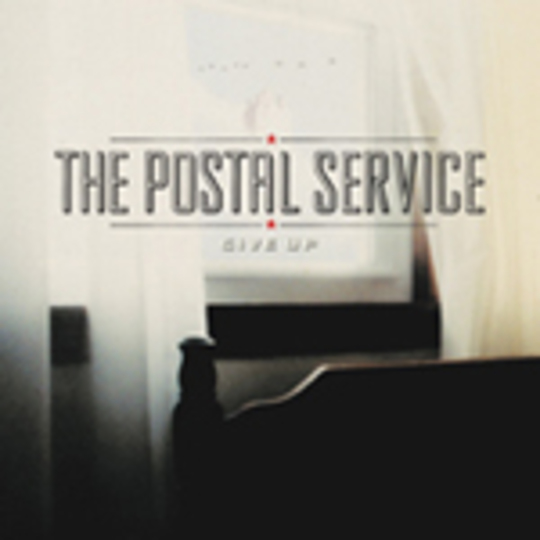 It's the sound of heartbreak. It's the sound of that quiet sob when you realise your 'last-forever' love is slowly wilting; the sound of an adolescent's diary, documenting some unrequited obsession; and the sound of wide-eyed optimism melting into melancholy. 'Give Up' is all these things, but above all, it's the sound of one of the most quietly wonderful records of the year.

The Postal Service is DNTEL's blip-pop electro-genius Jimmy Tamborello, and Benjamin Gibbard – bard of backpack-wearing broken-heart balladry and Death Cab For Cutie's poet laureate for the state of sadness. After collaborating on the startlingly brilliant 'The Dream of Evan & Chan' from DNTEL's debut 'Life is Full of Possibilities,' 'Give Up' is the inevitable, irresistible follow up – a ten-track side-project packed with synth-pop lullabies and bedroom symphonies.

Like Four Tet, Boards of Canada and Matt Elliot, Tamborello's music mangles the myth that electronica can't be emotional, moving and human. Throughout the record, his warm soundscapes massage Ben Gibbard's tales of love, loss and inertia in American suburbs, and manage to manufacture a sound with greater gravity and power than most thrash-happy emo bands could bear. 'The District Sleeps Alone Tonight' is an aching break-up ballad that begins with stuttering beats and funeral organs before building into a barrage of nervous energy and fraught emotion, with Gibbard declaring, 'I am finally seeing why I was the one worth leaving.'

Lead single 'Such Great Heights' should go toe-to-toe with Tatu for pop single of the year; a declaration of love filled with twittering electronics, flashes of guitar and giddy, glacier-melting melodies. Elsewhere, 'Natural Anthem' is frantic; full of drill 'n bass beats and panic-button urgency, while 'Sleeping In' does a lovely line in self-delusion, dreaming that global warming isn't down to planet-choking pollution, but comes as a reward for everyone being nice to each other.

It's here, in Gibbard's heart-on-sleeve sincerity and earnest elegies that 'Give Up' distances the duo from their electro-pop peers. While such toe-curling confessionals may grate with some, they nonetheless fill its forty-five minutes with a world-weary warmth and idealism to match Tamborello's boundary-breaking beats. Sure, it’s not a perfect record - most of the electro-flourishes all follow the same formula, and there's nothing to match DNTEL's magnificent debut. Still, with 'Give Up,' The Postal Service have managed to produce some truly soul-stirring, heart-swelling depress-pop, full of engaging ideas and enduring songs. First Class.