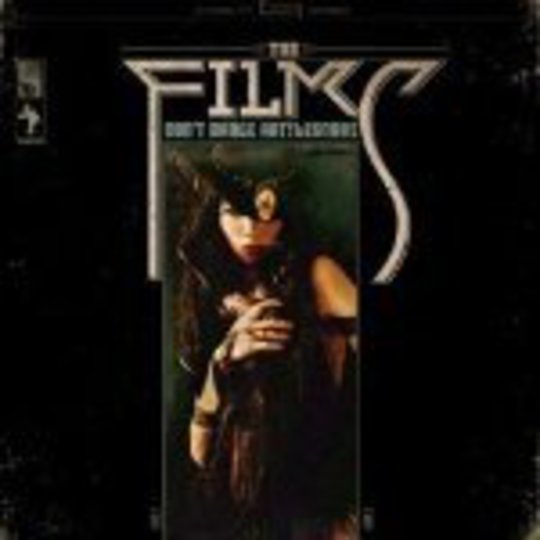 Beginning with some foot-stomps and handclaps before singer Michael Trent starts sleazing into a radio mic, Don’t Dance Rattlesnake is so far, so Orson, albeit Orson trying to muscle in on The Black Crowes’ barroom attitude. Moving from their base in South Carolina to New York and having spent plenty of time on the road, the job of entertaining drunk barflies has certainly had an affect on The Films’ brand of very direct macho rock.

Certainly frontman Michael Trent hasn’t had much luck with the ladies, as his lyrics are full of scorn and paranoia. ‘Belt Loops’ is all about a girlfriend’s infidelity. It’s a straight-up affair, all bullish bombast, but it’s full of clumsy rhymes portraying the kind of woman that seemingly only used to exist in Motley Crüe videos: “She’s like a devil in a dark shade of lipstick/an unassuming sort of x-rated misfit”.

For a debut, there’s no particular quirk to set them apart from a glut of sound-alike acts. Don’t Dance Rattlesnake is a collection of snapshots from a life lived nocturnally. In The Films’ world, the girls are fast, there’s never enough booze and self-pity arrives courtesy of a hangover. Plenty of these songs, such as the gang-shout energy rush of ‘Call It Off’, would have Dave Navarro frothing at the mouth because they’re exactly the kind of mindless, leather pant stretchers that would have worked perfectly on his Rock Star (the search for a new Michael Hutchence) programme. At one point Trent sings, “We’re gonna hold your tiny heart in the palm of our hand”; it’s intended as an ode to partying but, unfortunately, even if the band try to capture the imagination they immediately douse it such ordinary bluster that you may forget it’s there at all.