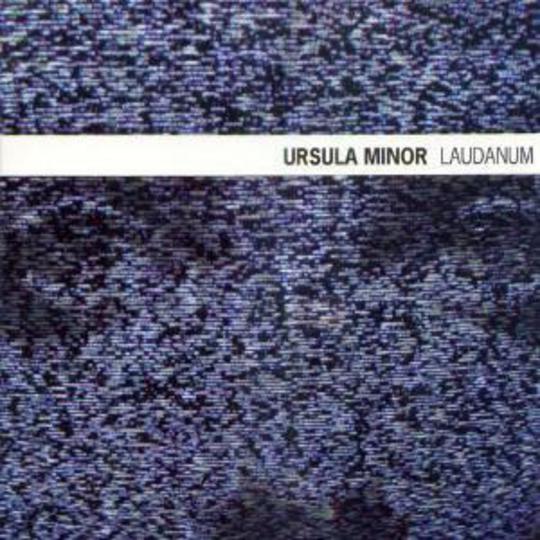 Laudanum proves a powerful introduction to this Glaswegian four-piece. Ursula Minor have taken their time over five tracks on this debut EP rather than trying to rush through a full album’s worth of material, and the result is well-realised, offering a giddy haze of guitars and vocals that’s heavily influenced by My Bloody Valentine and any other shoegaze band you’d care to mention.

Many bands try this recipe and many sound dreadful - sometimes it’d be nice if people left the shoegaze sound alone. But Ursula Minor manage to pull it off by imposing their own ideas on their influences, allowing plenty of room for both spaced-out rambles and immediately accessible melodies - ‘Two Past Weeks’, for example, is a veritable pop tune, smothered by only a thin layer of fuzz, while the title track and EP closer, ‘Laudanum’, is a nine-minute rollercoaster of sky-scraping guitar lines and throbbing crescendos.

This EP is a thrilling ride that manages to be both brooding and uplifting; a visceral collection of songs that grow organically. Ursula Minor are onto something here, reinterpreting bands that are constantly being reinterpreted at the moment, but doing it with subtle intelligence, enthusiasm and, most importantly, a sense of enjoyment. It’s compelling stuff.