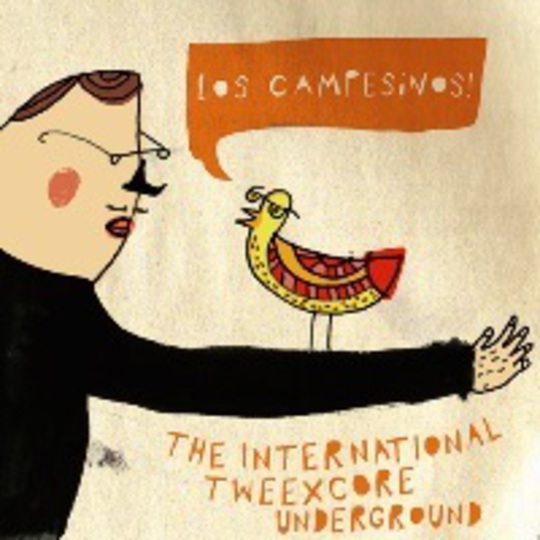 Man, it's just been a month to forget for Ian MacKaye. A couple of weeks ago, a bunch of punk websites (inaccurately) reported him dead in a car accident. And now the dude from Los Campesinos! openly declares that the he_ "never cared about" _the erstwhile Fugazi frontman. Someone should phone him up, see how he's taking this news.

Anyway, Los Campesinos! are the last great indie band and ‘International Tweexcore Underground’ is as equally unassuming and ridiculous as the title implies, an argument between a twee guy and his punk girlfriend about the relative merits of their scenes as Henry Rollins, Amelia Fletcher and more get large ‘X’s scrawled across their face in permanent marker. "If you knew ten years ago how pretty you'd turn out then you'd never have gotten your ears pierced," sings Gareth LC at one point, accurately summing up roughly eight years of alt-porn for us.

The track itself veers slightly away from LC's usual Mo-Ho-Bish-O-Pi revivalism and instead merges, content into form, twee-pop with hardcore punk. Of course, the halfway point between twee and hardcore always was the Bouncing Souls, but the Bouncing Souls were occasionally kinda great. ‘International Tweexcore Underground’, then: kinda great.