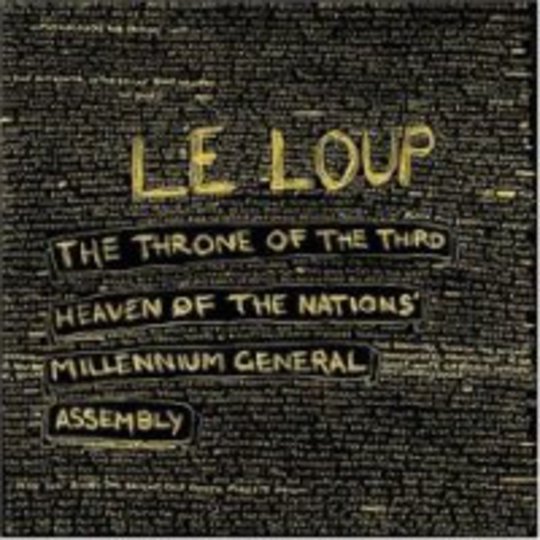 As far as influences for a debut record goes, it’s a far cry from the easy to reference list of post-punk, rediscovered psych-folk and other miscellanea most of Simkoff’s peers cite as key factors in their own post-millennial sounds. So, again, you wouldn’t be wrong in wondering if Simkoff is prone to a bit of hubris.

Hit play though and you’ll find him successfully navigating that precarious path where high-minded intent strolls alongside an accessibility that never once looks down from upon high. Instead, Simkoff looks the listener directly in the eye as he invites us to partake in a musical statement exploring the nature of finality and the fragile beauty to be found in even the most empty of spaces and discarded bits of a world in decline.

Written and recorded entirely by Simkoff with just a few instruments and a laptop at his disposal, the album begins with the plucking of a banjo before murmuring voices emerge alongside Simkoff’s croaking monologue. Equal parts Panda Bear and The Books' sonic explorations, it’s a haunting opening that flows directly into ‘Planes Like Vultures’, an ambient, psychedelic fugue of a song depicting the rubble-strewn landscape of a post-apocalyptic world. Things take a decidedly electronic turn with the glitchy beats and propulsive rhythm of ‘Outside Of This Car, The End Of The World’, before we’re offered a moment of hopeful respite with the folk-tinged ‘To The Stars, To The Night’.

Free of the rehashing and genre splicing that draws so much of our attention these days, The Throne… is a record quietly aiming for heights far above anything dared by the majority of young musicians currently making the rounds. It’s the sound of a singular vision coming into focus, taking bits of the everyday and creating something all together familiar yet eerily alien in the manner with which it looks towards the future. Densely layered in execution, Simkoff’s The Throne…, just like the work it takes its name from, is one of those rare creations that ingrains itself further and further into your psyche with each and every listen.

If this is the sound of what’s to come, then we certainly have something to look forward to.