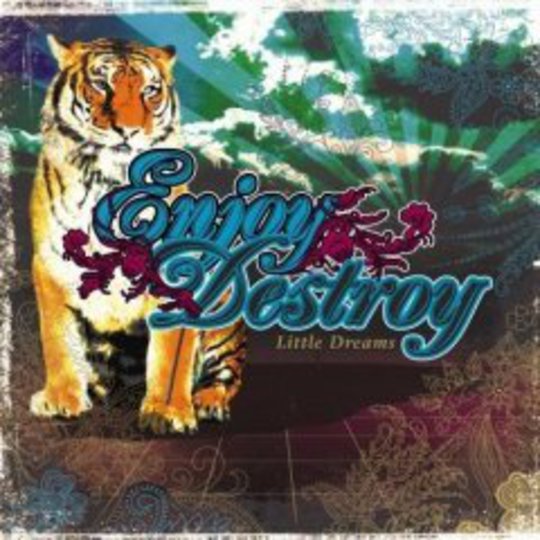 Is it just me, or are there a_ lot_ of miserable bastards around at the moment? It’s like the entire nation’s got seasonal affective disorder, frowning their way through the weekdays and spending hours on the Easyjet website, plotting early escapes to the sunshine. Well here’s an antidote that might just help - the debut album from Enjoy Destroy, a blustering pop-rock band from Hampshire.

This debut was released for download in October last year, but only now has it arrived on CD. Little matter - DiS blinked and missed the download, so no doubt plenty of other people did too, and Little Dreams still feels rip-roaringly fresh and vital; the ultimate record to blow away those winter blues. Co-produced by Feeder’s Grant Nicholas, it has the same vitality and joie de vivre about it as ‘Buck Rogers’ did when you first heard it. A couple of tracks here, most notably ‘And For What’ and the title track, could be as big as that Feeder hit, and launch Enjoy Destroy into the public consciousness.

Certainly, this is an album devoid of piffle and bullshit. Don’t come to Enjoy Destroy if you want experimentation, but do come if you want some huge choruses delivered with intelligence and intensity. It manages to avoid cliché, and just rocks splendidly, following in the footsteps of Biffy Clyro’s latest sounds or the Foo Fighters by taking tired pop templates and making them feel life-affirming again.

And there’s a tasty bit of range here, too, from the garage rock of opener ‘Macatier’ to the heavier cut of ‘Screamer’ (which sounds like The Audition) via the immediate pop of ‘LBJ’. You'll even find a twinkling ballad tacked on for good measure (‘Hospital Bed’). There’s a dearth of exciting, no-nonsense UK rock bands around at the moment, but with Little Dreams, Enjoy Destroy are about to step into the spotlight and fill that void.