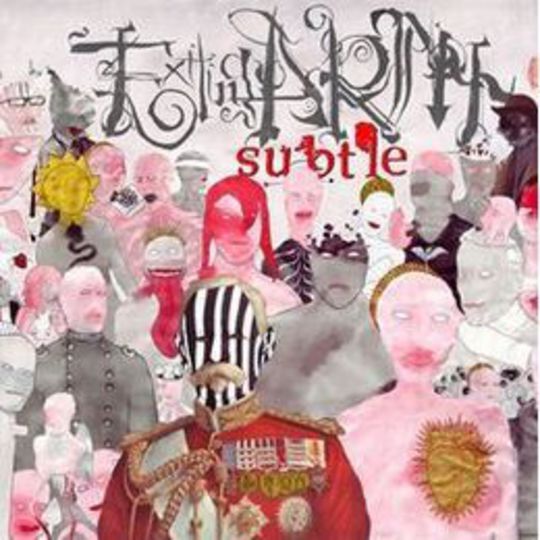 As concepts go, the trilogy is simple to grasp: beginning, middle, end. No problem, right? But executing this sequence with unrelenting consistency has proven to be a cantankerous, almost ungraspable, achievement for even the most supremely gifted over the ages. Aye, The Godfather parts I and II were glimmering masterpieces but instalment number III was, well, excruciating at best. The same can be said of such prestigious triumvirates as (the original) Star Wars and The Lord Of The Rings, not to mention Crocodile Dundee’s bile-stirring cinematic threesome. (C’mon, how many of you actually endured 2001’s Crocodile Dundee In Los Angeles?)

See, the problem with the trilogy is that after a promising beginning and an invigorating mid-section, the finale almost always (bar a few notable exceptions – hello, The Bourne Ultimatum) tails off, devoid of ideas and creative motivation. It’s like an end of season kick-about between two teams with nothing to play for, all ready for a tan-topping trip to the Bahamas (if your mob is unfortunate enough to play in the SPL’s 'Bottom 6' you’ll know exactly what I mean). In cruder terms, a trilogy’s final fling could be compared to the last few tugs of an ageing cow’s teat, i.e. unbearably over-milked.

With this in mind, it’s perhaps best to greet Subtle’s third full-offering, ExitingARM with a wavering handshake of trepidation. Adam Drucker (aka Doesone) and his quintet of abstract hip-hop-electro-indie-pop pioneers’ previous two outings, the wonderful A New White (9/10 review) and the quite extraordinary follow-up For Hero: For Fool (10/10 review), documented the trials and tribulations of Drucker’s fiery-locked alter-ego ‘Hour Hero Yes’ as he looked to escape the enslaving clutches of the ‘Ungods’ by injecting meaning and life into the banal sanguinity of generic pop.

The music was as surreal as the narrative – acerbic skewered beats rinking and dinking between luscious shards of melody – and my god did it work. These were sounds that embedded themselves deep within the skull and zigzagged their way through a maze of grey matter; sounds that transcended beyond genre, beyond gender, beyond words. It didn’t matter which multi-fractioned tribe you belonged to, in those two records Subtle served up a delectable smorgasbord upon which even the most pernickety palate could dine.

And what of this, the third and final instalment of Hour Hero Yes’s battle against sonic oppression? Is it to be a limp anti-climax that has wandering minds recalling its predecessors shuddering brilliance or a startling curtain-closer that invokes cries of “Bravo” or “Encore”?

Well, what ExitingARM initially lacks is instantaneity. The title track’s transient synth throbbing feels decidedly muffled, as if molly-coddled in cotton wool before being shunted out into the world naked and wholly under prepared for the brutality to come. Make no mistake, this is not the battle ready, P-Funk smothered Subtle of ‘A Tale Of Apes pt 1’; there’s a jittery intrepidness seeping from the introductory gambit’s ethereal floating that trickles almost seamlessly into the hazy crackle of ‘Day Dangerous’, drawing the first parallels with TV On The Radio’s equally gauze-laden Return To Cookie Mountain.

It’s from this multi-layered hive of instrumentation and exquisite verb-spouting though where ExitingARM _begins to flourish. _‘The No’ is first to exhilarate, with Drucker ripping through abstract verses like “a sceptic can be grown in no time, from the treated torso of anyone torn in two” as a swathe of brain-fucking riffs and basslines rattle across nerve-ends before landing as a cockle-warming choral soothe that reassures listeners “when you crash you’ll know where your plane is”. And thank Christ for that, because in the acid-jazz warp of synths, beat and verse found lurking in the eerily mechanical ‘Hallow Hollered’ you’ll need to know these things, so disorientating are the rhythm patterns expelling their way from the speakers and swamping confused, dumfounded mindsets.

Although Drucker’s rampant lyrical persuasiveness halts to almost pedestrian levels during the languid hymnal sun-setting of ‘The Crow’, he’s quickly resuscitated by the electro-jolt of ‘Unlikely Rock Shock’’s vociferous Juno wibbling. A pivotal moment that serves as the starting point for a more demented direction to this already maniacal affair, it’s an axis-swivelling, percussion-fuelled screwdriver full of luscious harmonies and dissipating breaks and bleeps that infect accommodating limbs in a manner Albarn and his dastardly crew of cartoonised tunesmiths could only ever dream of.

Yet the chaos ensuing from ‘Take To Take’’s android tribalism and ‘Gonebones’’ beat-laden incongruence is somehow even more breathless. The former comes alive with a drainpipe-rattling backbone of drum ‘n’ bass that builds into an organ-strewn marshland spitting out relentless sprawls of affected, temple-chiselling vocal, while the latter's ever-exploding melodic minefield somehow embraces eastern European polka and finds Drucker rolling off a verbose stream that surges so furiously it threatens to burst both riverbanks and eardrums alike. It’s a brace of unhinged mastery and one that guides this record into the realms of essential listening, if only to experience such frantic, vivid sounds being contorted as something cohesive, something miraculous.

One slight afforded to ExitingARM is that ambient numbers such as ‘Providence’ or the aforementioned ‘The Crow’ perhaps lack the intrigue of their denser co-habitants. But these snipes will no doubt erode as this - not unlike Why?’s peerless Alopecia (review) - is without question an album to discover over time; one so awash with subtle (sorry) nuances it could take weeks, months, or even years to excavate the entirety of its bulging musical trajectory. And, if certain other trilogies are anything to go by, such timescales could prove rather handy while you await a prequel’s arrival with baited breath.