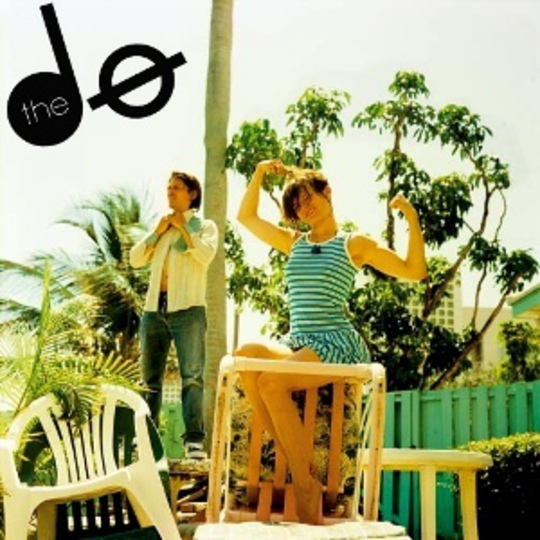 Above and beyond that impressively eclectic list, The Dø sound, at various points, like a female Eminem backed by a brass band, like The Cardigans stripped to nothing but a jazzy guitar strum and a sexy whisper, like ‘Iko Iko’ by The Dixie Cups re-imagined by Pingu, like Moldy Peaches with a hint of continental sophistication, like ‘The Block Party’ by Lisa Left-Eye Lopez if she’d grown up listening to Pavement, like PJ Harvey on the moon, and like Os Mutantes at their most chilled-out.

‘Playground Hussle’ opens A Mouthful, and is the song that sounds like Lisa Left-Eye Lopez if she’d grown up listening to Pavement; which is to say that it’s got some incredibly funky, naturalistic percussion, a tin whistle, some kids chanting, some weird bass growls beneath the final furlong, sinuous flickers of backwards guitar and more sass than you’d think possible considering that until now Finland’s biggest cultural export is a claymation penguin that speaks in tongues. It’s astonishing. What’s more astonishing is that the album actually gets better from here on in.

The secret of The Dø’s success, apart from the fact that Olivia B. Merilahti is a stupidly gifted, idiosyncratic and sexy singer more talented at imitating vocal ticks than Rory Bremner, is probably the fact that Dan Levy is a (not so) secret jazzer; there’s a musical dexterity and ability running through A Mouthful which makes them stand out from the crowd. (Not that their milieu is exactly laden with contemporaries.) What this means is that every one of the 15 songs here is interesting in one way or another; compositionally, texturally, rhythmically, emotionally, or any one of a myriad of other ways.

Take ‘On My Shoulders’ and ‘Bridge Is Broken’; ostensibly simple guitar and drum lead pop songs that are accounts of failed relationships, the first weary and escapist, the second snarling and angry (but not trashy), both are a world of sophistication away from any mainstream equivalent one could name. ‘Stay (Just A Little Bit More)’ turns the same trick in a totally different matter, being essentially an incredibly tuneful (to the point of delicious cheesiness) set-up for a joke at the expense of a too sensitive, unexciting ex-boyfriend.

Arrangements are uniformly superb, whether minimalist indie fare or outlandish, brass and studio trickery embellished takes on hip-hop. An array of instruments, almost all played by Levy and Merilahti, that takes in ukulele, flute, saxophone, harmonica, piano, glockenspiel, violin, cello and more percussive delights than one can begin to imagine are deployed with care; things never stray into bombastic largess or kooky showing off.

And so ‘Song For Lovers’ is genuinely delicate and intimate, a brief moment of complete vulnerability and comfort, while ‘Unissasi Laulelet’, the only song not sung in English, is a playful barrage of nagging vocal harmonies and chaotically hooky percussion, like a Finnish take on the aforementioned ‘Iko Iko’. Then there’s the extraordinary ‘Queen Dot Kong’, which apes Eminem, Missy Elliott and ‘Ghost Town’ by The Specials, before its itchingly cut-up organ riff extends out into the groovy ‘Coda’, which itself is subsumed into the spooky, subdued, PJ Harvey-ish strum of ‘Searching Gold’.

A Mouthful is a resolutely pop album, in the old-fashioned sense; eclectic, characterful, audacious, addictive and irresistibly sexy in a sophisticated yet irreverent fashion. I’ve not heard anything like it in a long, long time, which is an enormous shame. Awesome.