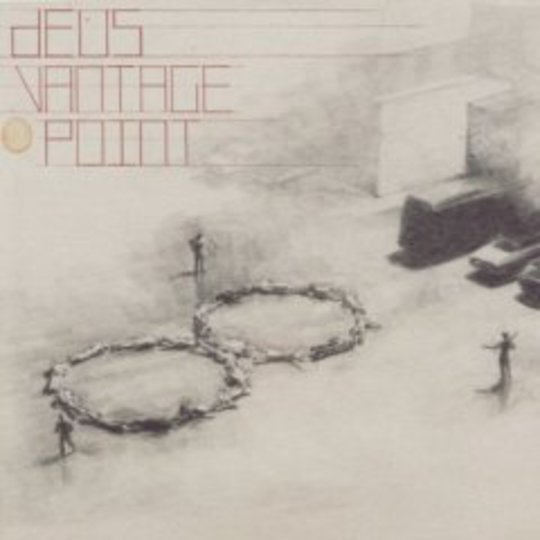 While it’s unlikely to ever be held as closely to the hearts of long-term fans as their career high watermark LP The Ideal Crash, of 1999, Vantage Point nevertheless captures Belgian quintet dEUS at somewhere close to their best. Their fifth album in all, and second after 2005’s Pocket Revolution since they returned from a four-year hiatus, this collection showcases the band’s sonically adventurous take on mainstream radio rock, doffing a cap the way of Radiohead and Muse when it suits their own progress.

Both acts of reference have previously expressed an admiration of dEUS, and it’s easy to hear why on a number of Vantage Point’s ten tracks. Opener ‘When She Comes Down’ is a tumultuous sleaze-rock swagger iced atop by cool synth lines courtesy of keyboardist and violinist Klaas Janzoons, who owns a bar in Antwerp above which the band developed their current rehearsal space, which lends its name to this LP; ‘Eternal Woman’ benefits from a soft female co-vocal which balances frontman Tom Barman’s sometimes too-dominant tones particularly well; and lead single ‘Slow’ finds The Knife’s Karin Dreijer Andersson coming aboard to assist on one of this album’s real attention-grabbing moments, a song that slithers a stuttering slide along low-slung basslines and eerie twangs of ghostly electrified six-strings. It’s as close to Depeche Mode as dEUS have come, and all the better for the menace it so effortlessly exudes.

‘The Architect’ is another example of dEUS stretching their still-creative wings, a buoying barrage of funk-bass licks and call-and-response vocals that sneak about the edges of neatly nattering samples snatched from television screens and persistently pressing percussion. It was released as a single in Belgium, and was something of a hit, breaking the domestic top five. Although its lyrics aren’t the best – a criticism that runs the album’s length but which shouldn’t be dwelled upon given that English is not the first language of Barman and company – the song’s a first- and second-listen standout, arriving midway to act as a catalyst for the listener to plough through ‘til the closing ‘Popular Culture’.

Although guilty of dipping on the quality control front on the occasional track – ‘Favourite Game’ is fairly forgettable despite a nagging vocal hook and Barman’s quite ridiculous pronunciation of “pressure dome”, and ‘The Vanishing Of Maria Schneider’ isn’t half as good in reality as its on-paper promise suggests, Elbow’s Guy Garvey joining in on the vocal front – the overall impression that’s left by Vantage Point is a positive one. They’re not inventing any new wheels at this stage of their career, but dEUS are delivering the goods at a level where established fans will immediately click their subtle steps forward and newcomers can get a grasp of what to expect from prior long-players should they decide to delve into the catalogue. Two thumbs up, then, even if one’s a little stiff-jointed.

Anywhere I Lay My Head