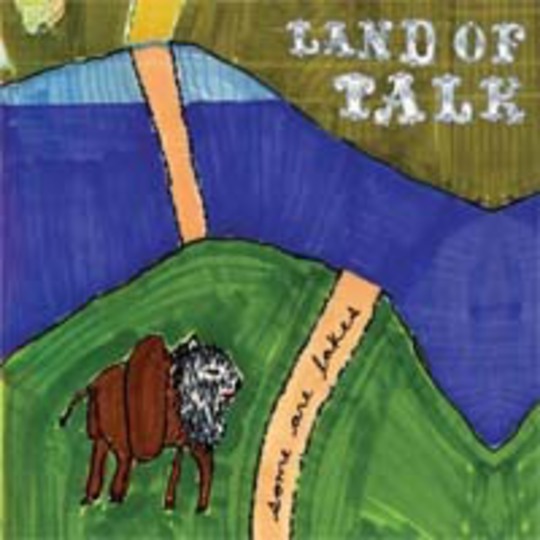 Following up on their promising 2006 debut, Applause Cheer Boo Hiss, Montreal trio Land Of Talk return with a brittle follow-up. Time spent on the road – including a spell with the Broken Social Scene collective – has lent Elizabeth Powell’s band a new level of focus, which plays out in the ten taut songs of Some Are Lakes.

“Are you seeing your own death and selling it to me?” she chants on slowburning opener ‘Yuppy Flu’ – a disarming reference to the strain on her parents’ relationship as they battled with cancer. Her many allusions to death and instability recall the exquisitely harrowing early work of Kristin Hersh in Throwing Muses.

Things take pace with ‘Death By Fire’ and the hauntingly affecting title track, which allow in a welcome degree of pop sensibility. Later, ‘Give Me Back My Heart Attack’ fully embraces the pervading sense tension here, frequently threatening to erupt, before ebbing away time and again until its final endgame. The quietest moments are where the magic really happens, particularly on the late night rumble of ‘It’s Okay’.

Some Are Lakes is a record that grows in stature with repeated listens, whispering more of its secrets under the still blanket of late nights. Powell shows she understands that in encouraging our attention, rather than demanding it, she holds her audience captive more effectively. That’s a rare talent and one that marks Land Of Talk out as a band worth a little investment.