The Beginning And End Of Now 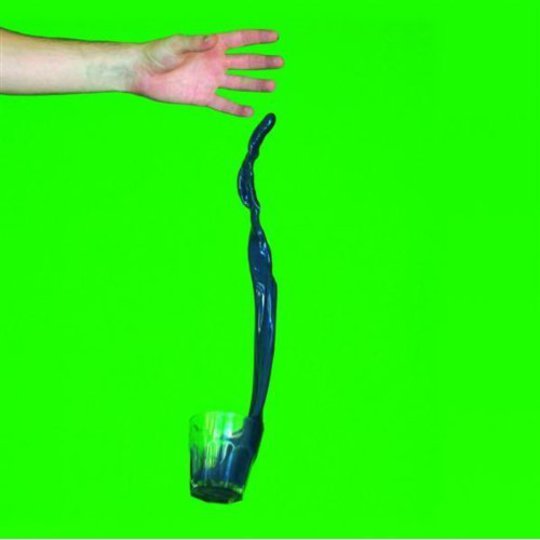 There are some records that you just want to blow you away. Records by awesome live bands. Records with all the right influences. Records from unlikely places. Papier Tigre's The Beginning And End Of Now is one such record. They really deliver live; their jerky dual guitar interplay and personality-packed drums making for fun dancing. Their record collections seem impeccable too, with their sonic mixture prominently featuring the likes of Fugazi and Q and Not U and the vocals heavily recalling Quicksand-era Walter Schreifels. And they're from France - hardly the first place you think of when someone mentions credible arty indierock, giving them a pleasing underdog air.

So I'd love to be able to say that this is an incredible, triumphant, essential record but it just doesn't quite cut it. The arrangements are fantastic. Creating a DC Hardcore sound without a bassist in a similar manner to Brighton's Epideme, there are stunning moments of mathy wtf as rhythms bounce off and around eachother, lopsided drums, chunky guitar stabs and fleetfingered arpeggios working together like a beautifully complex machine.

The problem is with the vocals. It's hard to pinpoint with something so subjective as lyrics and their delivery, but the American accent with slightly odd French inflections takes away so much personality from the record. Singer Eric Pasquereau has a melodic but very limited style, with some bizarre musical phrasing working against the songs' structures to render them trite. The lyrics are a Fugazi-esque blend of abstract imagery and heavy handedly quasi-political slogans which live or die by their delivery and a sense of trust from the audience, so perhaps their first language not being English can go a long way to excusing this.

If you do like your latter-day Dischord records output, do give these guys a shot, especially live, where the vocals are much more easily ignored. They've got a lot of talent and a lot of potential. but for the moment great songs seem to elude them.