To Lose My Life 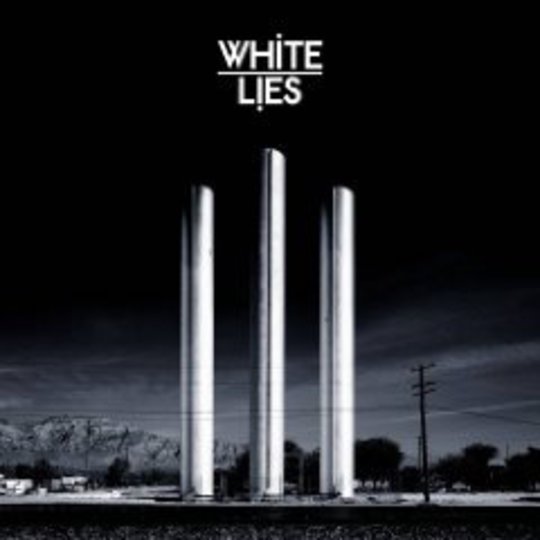 The dawning of a New Year always brings with it the music industry's "hot tips" for the next twelve months, in many cases representing little more than a bunch of artists who've been snapped up by major labels before being unleashed (via mass advertising budgets and such like) on Joe Public. If last year's main contenders Adele and Duffy became success stories purely off the back of the absence of a certain drug-troubled beehived soul songstress, then it would be hard to see where White Lies are meant to fit into the obviously marketable demographic scheme of things, particularly as the current artists their sound most resembles, Editors and The Killers, have new albums and sell-out Arena tours already in progress for 2009.

While there's no doubt that a dose of familiarity will always keep the cash registers pinging, rather than something ostentatious and ambitiously original, maybe, just maybe, on this occasion the reason why the spotlight is shining so brightly on this West London trio is simply down to the quality of their songs, because make no mistake, if To Lose My Life is anything to go by, White Lies have an armoury of them in abundance.

Although this may only be their debut record, To Lose My Life could easily double up as a 'Singles' collection, an album that given time may very well end up castigated as a "Best Of" such is the potent radio potential of pretty much every one of the ten songs contained within. Much has been documented about White Lies sudden change behind the scenes from indie also-rans under previous moniker Fear Of Flying to their current status, and while there will always be an element of suspicious doubt as to whether such a drastic transformation both aesthetically and musically has an element of contrived guidance about it (they, after all, do share management with Franz, Kaisers, Crystal Castles, et al), it could also be said that not enough credit has been bestowed on the band themselves in terms of their obvious development as songwriters goes.

Yes, yes, it's really easy to be critical where a band like White Lies are concerned. This is polished and despite some clumsy lyrical couplets that punch holes in the near to perfection, which won't do them any favours in the eyes of their most cynical detractors. Take 'From The Stars' for example, a song which opens with the line "I saw a friend I once knew at a funeral...", hardly an inspiring opening, before diving headlong into the entire rhythm section - bassline, drumbeat and all - from Joy Division's 'Atmosphere'. If there's any time where White Lies' authenticity is brought into doubt it is here, at this uneasy midpoint of the record.

However, To Lose My Life is blessed with some of the most audacious bittersweet pop any British act has committed to tape over the past two decades. While the omnipresent theme of mortality threatens to turn this into a concept album, the likes of 'Death', 'Farewell To The Fairground' and the superlative strains of the title track stand head and shoulders above the most revered works of several of their contemporaries. While singer Harry McVeigh's vocal styling can be traced back to the equivocative musings favoured by the likes of Julian Cope, Ian McCulloch and Tom Bailey, he and his bandmates have an uncanny knack for penning unforgettable hooklines and insatiable choruses by the bucketload. 'Death' is an obvious example, "This fear's got a hold on me" punctuating the final line to every verse, almost rendering the rest of the song irrelevant such is its insatiable, serotonin-diluting purposefulness. Likewise, title-track 'To Lose My Life', with a refrain which insists "Let's grow old together/and die at the same time", like some earnest instruction to seal one's own fate, takes you to places the average British band fail to find, let alone reach.

'A Place To Hide' and 'Nothing To Give' both show a more introspective side to the band, again drenched in eighties-style synths like the ghosts of Tears For Fears and Fiction Factory past, yet undeniably relevant, almost modern even for the present time. Similarly 'Unfinished Business', the song that set pulses racing about White Lies in the first place, in one instance the sound of Duran Duran scripting a suicide note before adventurously coming to life in a way that unites all music factions irrespective of genre or era.

On the whole, To Lose My Life is a solid debut that will certainly divide opinion, but approach with an open mind and dividends will be reaped en masse. Of course the ultimate question regarding White Lies surrounds whether or not they have the staying power to match the longevity of their peers, but having already experienced failure in a previous life, one suspects the upper hand will be theirs for the forseeable future.