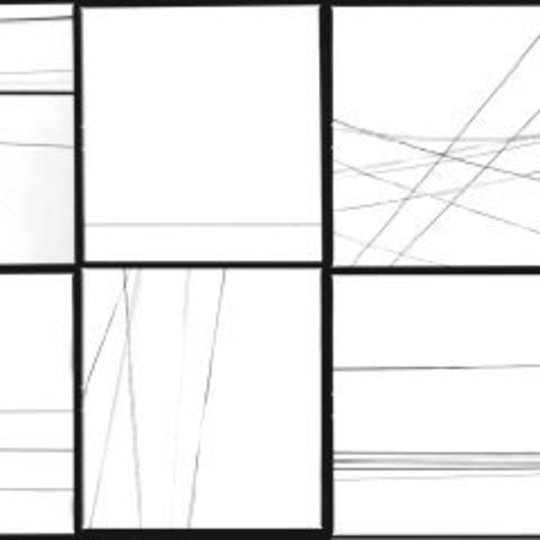 People always ask if you remember where you were at a certain junctures of history, every now and then the topic changing from 9/11 to Princess Diana's death, or for those of us slightly older the day John Lennon died or the last days of Thatcherism. My own personal favourite, however, probably doesn't figure on many of these "where were you?" type questionnaires; you see, for me, the most significant recollection of recent years is remembering exactly where and when I was the first time I heard 'Atlas' by Battles (happy hour at The Social for those who care). Without doubt, to these ears at any rate, those nine minutes of sheer unadulterated bliss happen to be the most unique potpourri of musical genius created so far this century. And my point is? Quite simply, that without the influence of Tortoise, its highly unlikely that an outfit such as Battles would even exist.

The story of Tortoise goes back over two decades, days when largely instrumental passages of music were seen as little more than background music for department store shoppers. With various members having cut their teeth in freeform jazz ensembles or as part of Washington DC's ever-diverse post-hardcore scene, the collective components of Tortoise were already accomplished at various ends of a vast musical spectrum, so putting all of the ingredients together was always going to result in an expedient mix of styles and formats, most of which could genuinely be described as groundbreaking. That the advent of a new Tortoise record is still as exciting a prospect as their self-titled debut proved amidst a sweeping tide of Stateside grunge and UK Britpop acts speaks volumes about the esteem this five-piece are held in.

To put it mildly, Tortoise are perhaps the second most influential outfit of that whole period, closely behind My Bloody Valentine in terms of pushing boundaries and creating new landscapes both for themselves, and their many contemporaries to set foot in and explore. Although it would be unfair to say that they were ultimately responsible for creating any one kind of genre, there's no doubt that the tenuous link that exists between the shoegaze, post-rock and ambient electronica fields can all be traced back to their earlier works, while the band's extraordinary make-up (that would see them think nothing of employing multiple rhythm sections punctuated with slabs of four-by-four guitar pieces) almost certainly laid the foundations for math rock's less structured purveyors of a more avant garde variety.

Although never the most prolific in terms of recording output - largely due to drummer/producer/engineer and general creative hub John McEntire's other commitments - every one of their records to date has stood the test of time, not least because for the most part they sound like artefacts from another period altogether, and although some of the reference points here may be fairly recognisable, there are still parts of Beacons Of Ancestorship that sound amorphous in a ubiquitous manner. Take the complex opener 'High Class Slim Came Floatin' In' for example, an eight-minute multi-dimensional workout that sounds like it was constructed in three immeasurable parts, broken down individually and then rebuilt once more. Despite its flirtations with obtuse dance rhythms, jazz meanderings and layered overdubs, never once does it stray from their minimalist roots, even at its tumultuous climax.

Not that every piece here resembles an abstract symphony. For every monolithic piece such as 'High Class...' or the stripped down angular workings of 'Gigantes', there are simplistic, yet frantically arranged interludes such as the sparse keys'n'drums salvo of 'Penumbra' and melodic guitar orchestrated 'De Chelly'. What is quite striking about each of the 11 segments on Beacons Of Ancestorship is the salience that dilutes each subsequent piece into the next, almost like an intravenous transfusion, ambivalent musical thoughtforms acting as its lifeblood.

There are moments here which in theory just should not work, yet in hindsight extol Tortoise's status as unique visionaries, such as the album's mid-point 'Yinxianghecengqi', the oldest song here and yet, conversely, the most futuristic three-and-a-half minutes your ears will be exposed to all year. While its origins may well be traced back to McEntire's days touring the punk club circuit with Bastro - certainly in tempo if nothing else - there's an atmospheric, clubland feel that suggests a slightly (and I emphasise the word slightly) accessible dimension, albeit from a Warp Records post-midnight perspective. Even better though is the closing 'Charteroak Foundation', which encapsulates more cross-genre pollination in its five minutes than most bands achieve in a lifetime, occasionally resembling two separate pieces of music playing simultaneously before merging into one.

Ultimately, Beacons Of Ancestorship is pretty much what the avid Tortoise fan would consider par for the course, in that its a veering cascade of inherent surprises that never fails to astound, amaze or disappoint. What messrs McEntire, McCombs, Parker, Herndon and Bitney have in store for their next instalment only they can possibly harbour, but one things for sure, only a fool would bet against them confounding the term 're-invention' once more.