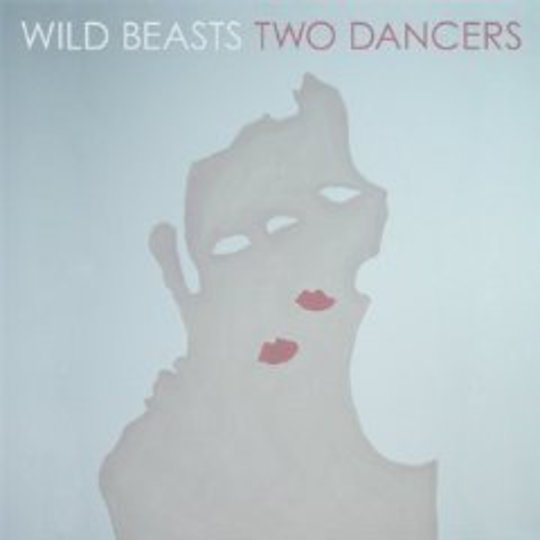 They said Wild Beasts' 2008 debut, Limbo, Panto was an ambitious record. They were right. It was an album that sought to push the boundaries of modern-day art-rock/alt-pop and, for this writer, shifted expectations of what was possible from a new UK act. It was flawed, sure - Hayden Thorpe's Associates/Antony/annoying (delete as applicable) falsetto grated slightly by the album's end, and single cut 'Devil's Crayon' was by far the stand-out track - but it was still a superb maiden recording.

In the space of just three songs, Two Dancers suggests itself a superior successor. They've ramped everything up a few notches, improving - rather than reinventing - Limbo, Panto's expansive blueprint. The opening trio of 'The Fun Powder Plot', 'Hooting & Howling' and 'All The King's Men' is one of the best you'll hear all year, comprising a number of genuine mouth-open, fuck-me-this-is-good moments. The band's ability to shift rhythms and tempos is one of their key assets, and the way lead single 'Hooting & Howling' ebbs and flows as the arrangement is stripped down and built back up again is simply masterful. Drummer Chris Talbot's dynamic yet sensitive percussion is one of the track's - indeed, the record's - key ingredients.

Lyrically, we find them in typically idiosyncratic - and, slightly more unexpectedly, libidinous - voice: "This is a booty call / My boot up your asshole / This is a Freudian slip / My slipper in your bits" and "You're birthing machines / And let me show my darling what that means" are lines delivered on the songs either side, the latter by bassist Tom Fleming who provides a - perhaps necessary - baritone counterpoint to Thorpe's upper-register mewlings. As much as anything, it's the contrast between the two vocalists that lends Two Dancers an increased coherence, and their traded lines on 'All The King's Men' provide one of the record's finest passages.

The pace slows for the album's latter half, lending proceedings a more reflective, cerebral mood. Indeed, the two-part title track has a distinctly post-rock feel to it, with one guitar building somewhere just off-centre before reaching a rhythmic crescendo and then dropping off, the other, meanwhile, delivers twinkling arpeggios. It's as epic as Wild Beasts get, but still remains firmly on the right side of wanky. As a sidenote, they do seem a little preoccupied with genitalia (and the bumping thereof) on this record: "His dancing cock / Down by his knees" sings Fleming on 'Two Dancers (i)', to add to the references mentioned above - and others that appear elsewhere on the album. It's in noticeable contrast to the literary bent of the majority of their lyrics, and quite probably the juxtaposition is very deliberate. Or maybe they're just larking around. There aren't many easy answers with this band, and that's precisely what makes them such an enduring proposition.

Two Dancers, then, doesn't so much follow up their debut as announce Wild Beasts as one of our genuinely special bands, one that can compete - in terms of both musical and lyrical ingenuity as well as sheer pop nous - with any US act you've seen talked up in the music press this year. Sunset Rubdown! Dirty Projectors! Your records just took one hell of a beating. Of course, it's not really about that, but it is increasingly rare that fans of this sort of envelope-pushing pop can find satisfaction from records produced on these shores. And that's just not cricket.