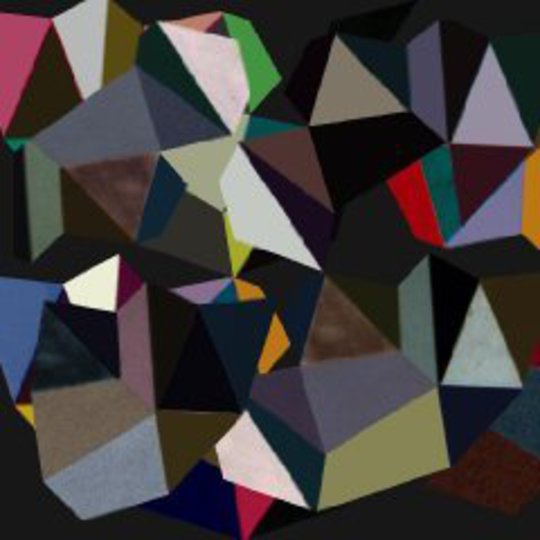 Contemporary jazz can be quite the musical conundrum. Jazz, with it’s own heritage, was born from a sense of rebellion - of a need for change. Before any wave of political baiting punk rock, it was an escape and inspiration for many. So, its influence could be necessary in this day and age, of course, but as our musical and artistic forms have evolved, its necessity and overall relevance seems to have depleted. Not entirely, of course; its influence still abounds, albeit less so in its purest form. You could hear it the time signatures of Battles or Dirty Projectors, the samples of a lot of modern hip-hop, even going so far as more loyal purveyors Polar Bear and Basquiat Strings. Portico Quartet, however, may be a misleadingly accentuated example for how its ethos still burns true today.

The band were thrust into the spotlight through their nomination in the 2008 Mercury Music Prize, which would have done little to assuage the purists of their true jazz credentials. It was their accumulation of contemporary musical theory into something that little bit more accessible that made them stand out amongst their own contemporaries. Knee Deep In The North Sea helped the band to achieve a new cluster of fans more inclined to the cusp-of-mainstream that few would deem possible for such an essentially underground form of music. In fact, the straightforward melodic tendencies are what helped the band to stand out, as opposed to any avant-garde formations. With Isla, their second album (produced at Abbey Road by John Leckie of Radiohead fame, no less), the diversion from their norm is by no means great.

‘Paper Scissors Stone’ builds from its staccato plucks of double bass and harmonic whirls of saxophone before dipping into a minimalist repetitive backdrop, allowing saxophonist Jack Wyllie to take centre stage. Thematically, this arrangement can be found in abundance throughout ‘Isla’, notably on following tracks ‘The Visitor’ and ‘Dawn Patrol’ and it acts as the main sticking point for their jazz nuances. With the sax providing the main melancholic (and melodic) breeze, it acts as the vocal, in essence, and main protagonist of those possibly maligned ‘hooks’, but whether its nature is pure or a necessary evil is hard to say; the path of these undoubtedly adept melodies are constantly jaded by Wyllie's diversions.

In truth, the main issue that could be thrown the way of this first half of Isla is just how inoffensive it all is. Yes, it may have those jarring moments of reed-based self-indulgence, but, again, whether its application is for Portico Quartet’s greater musical endeavour is questionable. As each track is fleshed out from its singular rhythmic ideal, it only leaves room for these wails of saxophone to penetrate the thinly formed percussive background. At points, the rhythm section can hold its own and stand out, but very rarely comes to the fore. For a group of obvious creative talent all round, this is a real shame.

However, once the slow piano line of ‘Life Mask Interlude’ ebbs away, everything becomes a lot more urgent and engaging. ‘Clipper’ sees the unit finally break out into something truly cohesive and collaborative, with swirling walls of contortionist bass, altered drum patterns and drifting electronics all engaging you with a vigour akin to the electric rhythmical work of the aforementioned Seb Rochford entities or, slightly further afield, The Cinematic Orchestra. It’s a joyous whirlwind of noise, culminating in the first true moment of quiet poignancy. In the title track, an incorporation of string arrangements brings a new balance to the quartet, snapping out from a break beat laden middle into a wonderfully harmonic birdsong ending which showcases their ability to crescendo a track perfectly. As ‘Shed Song (Improv No 1)’ brings Isla to a close, you become acutely aware of how such a concoction of evocative, albeit niche, musical form can actually be accessible.

Obviously, with that last sentence, it may seem like preaching to the choir, but bear in mind that Isla is nothing revolutionary. That’s not to say that its originality is completely lost, but perhaps a touch more adventure and earnest into the mix would change the Portico Quartet's breeze into something much more powerful.